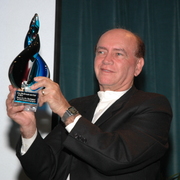 Sacramento Artist Series is Executive Produced by Gloria Burt. The Series highlights regional Artists and gives insight in the Mind & Methods of their Craft. The series can be seen on Vimeo -https://vimeo.com/user16936309 INTRUDERS is finished and in the wheel of Submissions for Film Festivals. It is definitely a labor of love, My approach to filmmaking is this; You may only make 3 films in your lifetime,so make each one count. Go for the Legend status. PLEASE CHECK OUT THE Facebook page for it- setting up the Platform for Launch. https://www.facebook.com/pages/Dead-Alive-Series/157491054411772 Ultimate goals are to write and produce(show runner)a series for FX.Showtime, HBO, or Netflix. And make a major motion picture WITH a budget and distributor.