The African American artists profiled at the Sacramento International Film Festival (Cine-Soul) established themselves in different eras. Yet each – from the San Francisco photographer who studied with Ansel Adams to an L.A. band of punk rockers – was a forerunner. 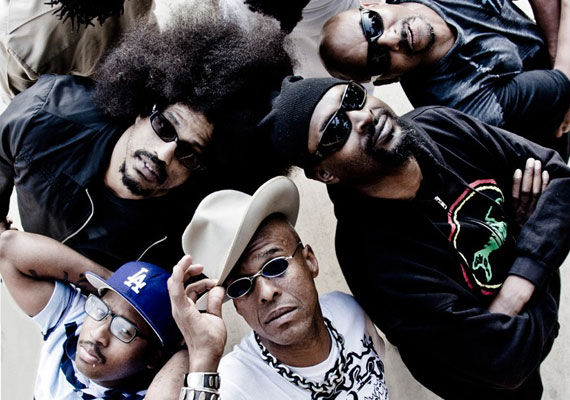 "They were jumping into genres that heretofore were only considered the domain of white artists," Sacramento Film Festival executive director Martin Anaya said of photographer David Johnson, who was Adams' first African American student, and Fishbone, the punk-ska-everything band that first mesmerized music fans in the 1980s.

The nine-day festival's emphasis on African American artistry continues through its "Cine Soul" program April 13 and 14 at the Artisan Theatre. Highlighting the program are "Mr. Dial Has Something To Say," a feature-length profile of Southern painter Thornton Dial, and "Infiltrating Hollywood: The Rise and Fall of 'The Spook Who Sat by The Door,' " an hourlong documentary on the making – and suppression – of the 1973 movie based on Sam Greenlee's groundbreaking novel.

"Infiltrating Hollywood" co-director Christine Acham, an associate professor of African and African American Studies at UC Davis, first encountered the film version of Greenlee's novel while attending USC film school. "At that time, (the film) was out of print, and we passed around these bootleg VHS copies," Acham said. "It was a completely captivating story – that sense of empowerment and taking control of your own destiny."

The title of Greenlee's 1969 novel and subsequent film plays on both a racial slur and a nickname for CIA operatives. The story's protagonist enters the CIA, quits the agency, then teaches the guerrilla tactics he learned – and ideas of nationalism drawn from Third World countries – to a group of Chicago revolutionaries.

"The idea that you are a colonized nation, and that you need to throw off those colonial ties" was new when the book was published, Acham said. That the film was made by an African American screenwriter (Greenlee, now 80) and director (the late Ivan Dixon, one-time "Hogan's Heroes" actor, civil rights activist, and later, a successful television director) also was unusual for the early '70s, Acham said.

Picked up by United Artists, the film was marketed as part of the "blaxploitation" subgenre despite its serious intellectual ideas. It did good business at first but eventually was squashed by the FBI, Greenlee and others associated with the film contend. After FBI agents reportedly visited theaters showing the film, the studio pulled the picture from theaters. It remained out of the public eye until its DVD release in 2004.

Acham and co-director Cliff Ward obtained FBI files as part of their research. "There were six available pages on the film and Sam Greenlee, and they gave us three, and they were completely redacted (had sections of type lined out)," Acham said. For example, a line that read "Sam Greenlee met with two black nationalists" was followed by a redacted passage.

The civil rights movement also played a role in the formation of Fishbone, albeit a more tangential one. Desegregation efforts in L.A. schools resulted in Fishbone bassist Norwood Fisher and most of the band's other eventual members being bused each day from South Central Los Angeles to a high school in the San Fernando Valley. There, they were exposed to punk rock and met Angelo Moore, a magnetic Valley resident who would become the band's lead singer and saxophonist.

The band incorporated punk, ska and metal, performed in previously all-white punk clubs and influenced just about every '80s and '90s L.A. group to ride a fat bass line, from the Red Hot Chili Peppers to No Doubt (the Chili Peppers' Flea and No Doubt's Gwen Stefani appear in the documentary).

"Fishbone could not be defined by what they looked like or the music they made," said Chris Metzler, who directed "Everyday Sunshine" with Lev Anderson. Fishbone also signed with a major label, when its members were not long out of high school. "It just shows that anyone can do anything," said Trish Collins, administrative director for the Sacramento Film Festival and a key player, with fellow festival volunteer Nicole Mattox, in building the film lineup highlighting African American artists.

Like all small festivals that depend on what's available on the festival circuit that particular year, the Sacramento festival's showcases are partly happenstance, partly by design. "We didn't set out saying, 'We are going to look for movies that reaffirm the artistic aspect of African Americans as a specific goal,' " Anaya said. "But when we looked at the movies coming to us, that did emerge as a theme."

Location also factored in. The Artisan Theatre sits next to Carol's Books, whose owner, Sharon Wright, displays works by African American artists and also offers her space for Sacramento Film Festival meetings. Being in the bookstore (site of the wine-and-cheese after-parties to follow the "Cine Soul" screenings) reminded festival organizers of a movie they showed – and loved – a few years ago: "Mr. Dial Has Something To Say."

The 2007 documentary presents Thornton Dial's work as a visual component of the same arts tradition, emerging from the slavery population, that resulted in jazz. Proponents of Dial's artwork argue that calling it "folk" or "outsider" diminishes its importance.

Octogenarian Dial's influences, failures and triumphs help illustrate the odyssey of the African American artist in the 20th and 21st centuries. "We are really diving into the (artistic) theme by bringing 'Mr. Dial' back," Anaya said.

"Mr. Dial Has Something To Say," 7 p.m. Wednesday, Artisan Theatre, 1901 Del Paso Blvd., Sacramento; "Infiltrating Hollywood: The Rise and Fall of 'The Spook Who Sat By the Door,' " 7 p.m. Thursday, Artisan. (Plays with the short documentary "Revolutionary Microphone," about a spoken-word artist and teacher, and the narrative short "Round on Both Sides").

WHEN: The film festival runs Saturday through April 17 2011