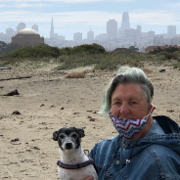 "Jackie Rae" is my feature script which is a period piece set in San Francisco in the 70s/80s. I am looking for a production company to help me bring it to life. "Emmet & Joey" is a short about 2 country kids set in the 60s. I am looking for a production company to being it to life as well. Both of these scripts are in this years competition. I am also developing another short "I'm Fine" which I will be filming myself in the next 3-4 months.