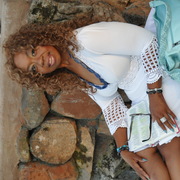 "So excited to be a part of and to see the festivities! See yall there!" 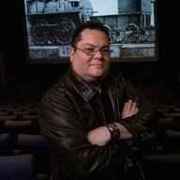 "Hey Johneen. Unfortunately the problem with your post initially was nobody ever saw it :) See that feature was turned off. I'm sure there are not as many self-centered wannabees as it appeared dear. We've turned the feautre back on so perhaps future…"

"Hey Marty, finally got a chance to drop you a line about getting the Artisan for a fasion show we are putting on! Two new disigners are launching their new lines plus others have decided to submit things and join the party.I plan to have a Christian…"

"Hey everyone! I got a supporting actress role in the movie "YOU" that will star Antonio Fargus,(HuggyBear), and Jeff Bridges!The comp.Back2One has also brought me on board to teach acting!I am truely Blessed and highly favored!Thanks to all of you…"

"OOps!Had a couple typos! We are doing a FASHION show,there are two new DESIGNERS, and we need to rent at a REASONABLE cost. Sorry about that! Hit me back with the info. on how much it would cost to rent the room there, Thanks again! Johneen
"

"Hey thanks Marty! Yah, maybe KJ will be there Friday, or at least a rep.
See you at the Artisan! I've already RSVP'd!"

"Hey! You found me! Thanks for remembering, and here's a little somethingkeep remembering me! Your new friend Johneen
Hope to heaar from you soon!"

"Thanks for remembering me for the Picture Show! Bogged down with home work, but thanks for thinking of me Marty! Hey, I here tickets are sold out for th Award night for the 48 hr. comp.? PLEASE save me a seat,I'll pay at the door and I can't stand,…"

"Hi Claire, thanks again for the gift and for thinking of me! We are still gonna do a film together I just know it! I already have ideas for 2 new ones that I know you and your mom will love! Hope to see you both at the screening on the 9th.At the…"

"Hey Marti! Just drop'n a line to say hi and thanks for the invite to the movie the other night! Though I was unable to make it that time, I really appreciated the thought.
Did you get to see the film Cougar Crush I had the privilege of working on?…"

"Does anyone have any further info. on th screening party that was planned for the Cugar Crush group? I and my friend that worked on this film have tried to no avail to reach KJ2Productions! I hope he and his crew are ok.He has returned my calls in…"

"Hey Claire, thanks for the gift! I have been working on two new film ideas I know you are gonna just love!
Are you guys coming to the screening on the 9th? If so, see you there!"

"Hi Marti! Johneen here, say, I was looking on the site for the time of the screening on the 9th. Can you let me know what time it is to take place, and what is the attire for the event. Is it like Red Carpet, Black and white formal, or just come as…"

"Just a little something to remember me by! See you soon, Johneen"

"AWW. I'm sorry they didn't get it in on time! What a bumber! Oh well, next time! You have a great attitude about it, that's great. Well, we will have to plan a time to get together and share ideas and brain storm for the next event! I just got asked…"

"Just a little something to remember me by! See you soon, Johneen"
More…
Loading ...

I have been writing a screenplay since I was about 23yrs.old called "The One That Cried Like Mine"!It has developed and taken on different dimensions since I began, but I would love the chance to get it done and seen!

Many are listed above but I can add that I did some acting seminars and training in SF at the school of the arts there,In movie Chalk directed by famous Rob Nilsson of Berkeley. I taught beginning acting for John Robert Powers,and developed a "Beginning to Sing With Johneen" program I taught there as well.I've opened shows for Etta James,Elvin Bishop,Albert King,The Bay Area Blues Society All Stars,Johnny Heartsman (touring Europe and featured on his "The Touch" album),Pete Escaveto,David Garibaldi(Tower of Power), and many others.I've done countless plays and musicals,commercials,and had several bands of my own singing in clubs all over Sac.,and surrounding areas,and Las Vegas(Me and Mrs.Jones Lounge act)Graduate of Manikin Manor Manor Fashion Acad.Now Private Acting/Vocal Coach&Co-Direct/Produce Pilots for TV. Acting instructor&Actress for Back2One Productions with 3 movies winning at Sundance.Ordained Minister,Praise dance, Dancing Ministers,Attending Epic Bible College.Plan to use media to spread gospel encouraging all to walk in their gifting.