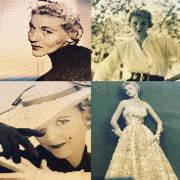 "Thank you so much for honoring my screenplay, "The Loser's Club," as an Official Selection in The American Screenwriting Conference. Greatly appreciated. I look forward to July 18."
More…
Loading ...

The Lies We Tell Ourselves

I am a screenwriter who has written or co written several screenplays, including “The Lies We Tell Ourselves.”