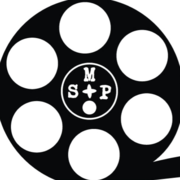 Rey is a San Francisco Bay Area independent, award-winning writer, director and producer of short films and has been part of numerous projects in various roles. He started his journey in filmmaking as a writer but soon turned to producing, which he found aligned well with his strengths. Rey is an Advisory Board Member of Bay Area Digital Arts (B.A.D.A), an academically rigorous academy that trains students in all multimedia platforms including: filmmaking, television production, and web-design.