"Looking forward to meet all the film makers and writers at the Festival. I am a new writer. Great to be part of such a great event." 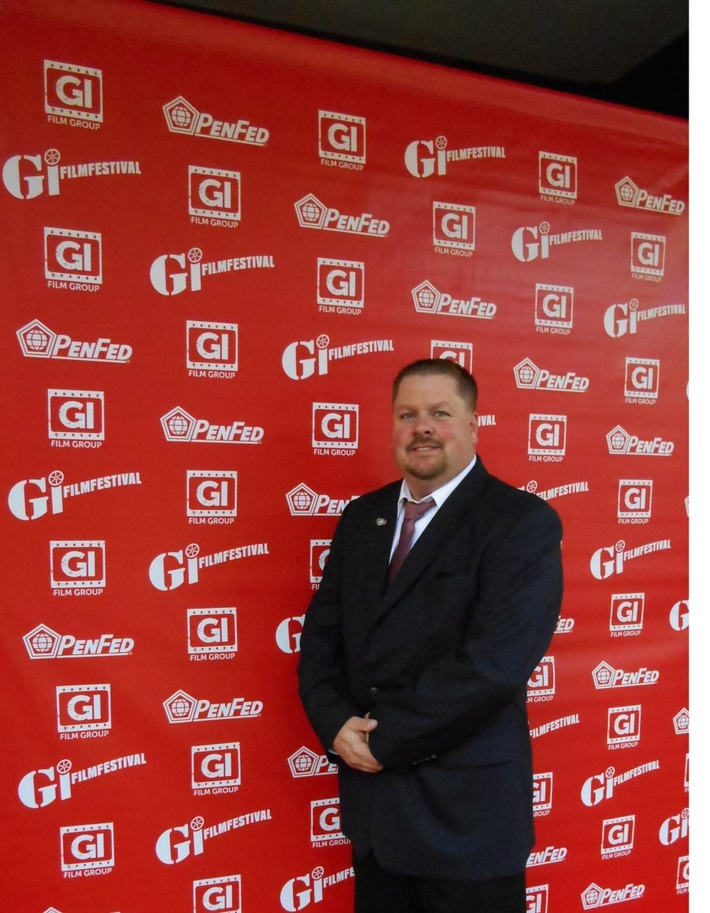 At the GI Film Festival on the Opening night of Field of Lost Shoes..
See More
Like 0
More…
Loading ...

I am a Laboratory tech from Placerville Ca, I have wanted to write a script since 95. I never found my perfect story line until 2002 when I came upon a short paragraph about a soldier in World War 2 who during the Battle of the Bulge that took it upon himself to fight the Germans his own way, he would fight them on his terms with courage and ferocity that the Germans were showing the Americans on the Western front. He would gather stragglers and fight and make the Germans pay for the atrocities they committed against the Americans in the first days of the Battle. Forgotten Valor is a script about friendship and sacrifice and the struggle many soldiers went through during World War 2.