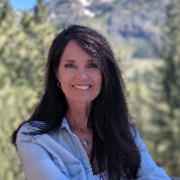 "What an amazing show! Thank you Ruthie for showing us that love really does conquer all!"

"This just in......Chief Daniel Hahn has challenged poet extraordinaire Terry "T-Mo" Moore to a "winner take all" rap battle for the undisputed Poet/Rap Champion of the World.....Executive Director Marty Anaya will be the referee while Cassandra…"

"Wow this looks super interesting. I am so excited about this!"

"Hey CINE SOUL family I've got some exciting news. Our own Sacramento Police Chief Daniel Hahn has agreed to take part of our panel discussion following the featured film "THE TOUGH LOVE SHOW." Chief Hahn is one of the coolest cats in the whole…"

"It's an honor to see these wonderful films play Sac!"

"Hey everyone it's your CINE SOUL DIRECTOR extraordinaire Vincent Dee Miles asking for you all to help me spread the word about this event to help celebrate CINE SOUL, BLACK HISTORY MONTH, THE COMMUNITY and anything that can motivate you to want to…"

"Looking forward to it!"

"Cant wait to learn more about screenwriting, heard amazing things about this program 😍"

"Can't wait to see these screenwriters!! 1st time this year!!"

"Sounds like a great event! looking forward to it"

"Hey Everybody....It's your friendly neighborhood CINE SOUL Director....Vincent Dee Miles inviting you and everyone else that want to be a part of something special. We are also celebrating BLACK HISTORY MONTH via films. BLACK HISTORY MONTH is to be…"

"I hope this keep going!! I want to, but have a conflict. Going to try and get my co-writer involved! Thank you!"

"What an awesome opportunity for screenwriters! Can't believe that it is free!"

"Hi Martin this is Wayne R & D Delights Kettle Corn and Concessions we just spoke on the phone you are going to send me some information"
More…
Loading ... 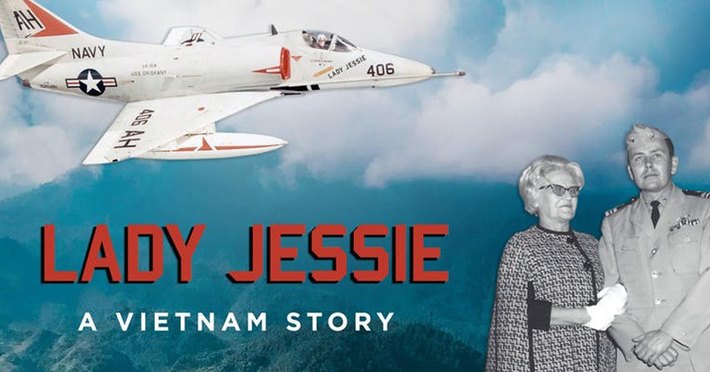 ** Thank you to Martin Anaya and SFF for the selection of our latest project LADY JESSIE to the 2020 Sacramento Film Foundation! **

This is one of those stories that might have disappeared if not for the love and loyalty of squadron mates, family members, a few historians, journalists and a wonderfully talented artist ...thank you to everyone who revived and recaptured their memories, emotions, details, mementos, pictures, friendships and more.

This was a passion project started by Jim & Suzanne Eckes - to whom I am so grateful!

... a weaving of devotion, honor and courage, generosity, legacy and love.

Jessie Beck of Reno, Nevada was working in her husband's gambling business when she met Richard Perry, a college student from nearby Carlin.

During their few years of working together, they forged a real and enduring friendship. But by 1965, Dick's casino years and his college days were far in the past; he was now LCDR Richard 'Dick' Perry, one of the Navy's fiercest fighting Ghost Riders pilots in Vietnam.  Jessie, meanwhile, was on her way to becoming the first woman to own a major casino in the state of Nevada. She began sending care packages to her casino friend, Dick Perry. She sent more and more and more:  a new chapter in their friendship and fate had begun.  Jessie's name would someday become a legacy in the sky.

This is LADY JESSIE. 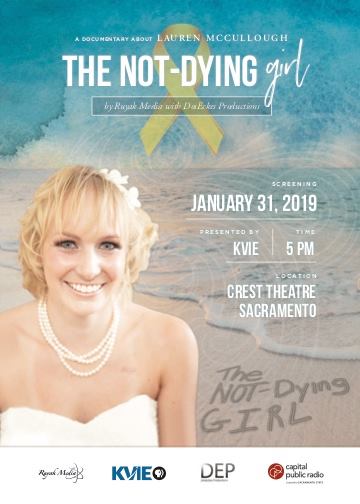 We were THRILLED to have our previous documentary The Not-Dying Girl selected and screened in the:

Most Inspirational Award from SFF - many, many thanks!!!

This project tells the story of a young, vibrant athlete from Elk Grove, CA, named, Lauren McCullough. In the midst of her cancer battle, she courageously used a blog, a bucket list and a tireless campaign to give voice to funding and research needs for childhood cancer. This film continues to air on PBS stations, including the film's home station, KVIE Sacramento. You can see more at:   https://www.ruyakmedia.com

Our next documentary is in production and we are looking for funding!

If you have a passion for the social narratives and music of the late 1960's and can support our work, let's talk!

As always, we stay devoted to telling true stories about surprising people.