As a PIXAR man, Bill Kinder has been the supervising editor for some of the most Iconic animated films ever made. Now Bill brings a much different experience in a live action psycho drama, White Rabbit.

After three tours in Iraq, Kerryann Terkel is traumatized and adrift, cut off from family, friends. Struggling to connect, she falls in with a corrupt cop and his Tea Party accomplice, who seize on her military training as the key to a big-money heist. A taut thriller with political overtones, White Rabbit is the story of what happens when War Comes Home.

Also plays with the frightening thriller Gone in the Dark, based on true events set in late 70’s East Sacramento. 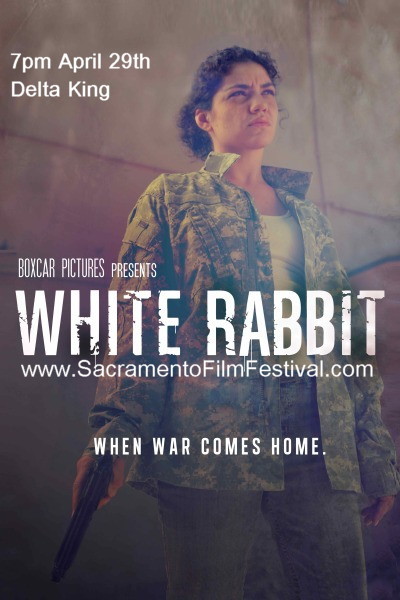