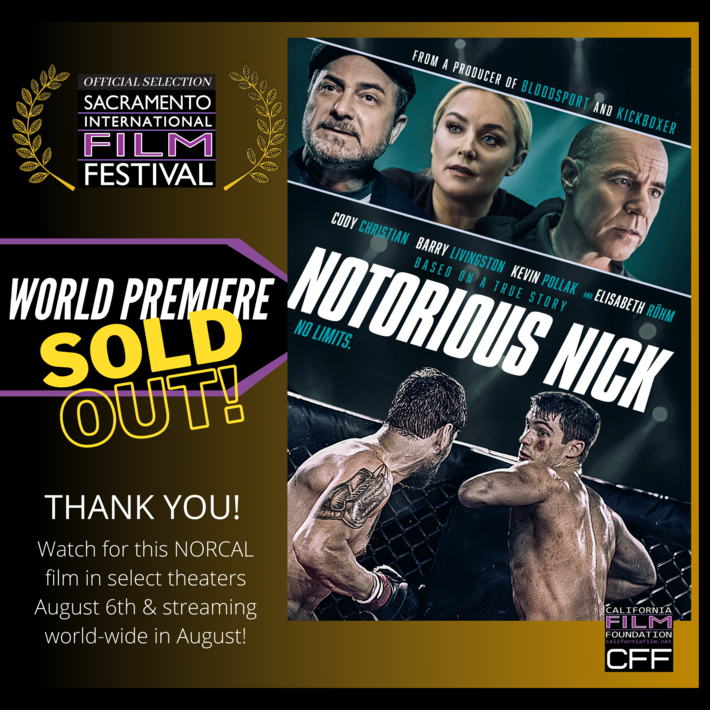 NEWSFLASH: THIS AMAZING FILM opens in theaters on August 6th and is available EVERYWHERE online the following week!....BUT.....ONLY the Sacramento Film Festival has YOUR ticket to the PRIVATE PREMIERE IN SACRAMENTO on August 4th!

Nick Newell, a one-armed MMA fighter gets a rare chance to fight for the lightweight championship. He strives to win for himself and all the other people in the world with physical challenges. Stars Kevin Pollack and based on a TRUE story!