The streamer has revealed its biggest ever original movies, cluing us in on what does and doesn’t work within its ever-growing library. 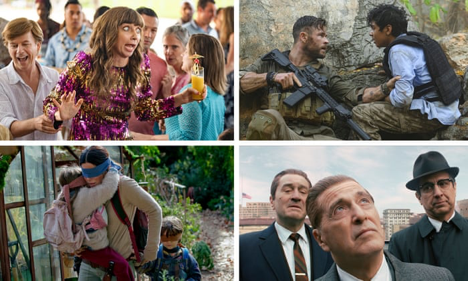 Netflix’s once heavily guarded vault of secret statistics has slowly opened up over the last couple of years, a gradual juicy reveal of viewer habits with some major caveats.

While the streamer still refrains from subscribing to any official, independently measured ratings service, such as Nielsen, tweets and company updates have shared the numbers behind particular success stories and more recently the site added film and TV specific top 10s, updated every day. But the platform still only shares data when it’s positive and the data is based on a viewer now only watching at least two minutes of a title (compared with the previous measurement of 70%).

This week after a quarterly earnings call, the site’s 10 biggest ever original film hits were revealed to Bloomberg, an intriguing dump of information that tells us as much about what isn’t included as it does about what is. Two things to note: the following stats refer to the first four weeks of release and while post-reveal, Netflix has now claimed its new graphic novel adaptation The Old Guard will reach 72m households within its first four weeks, it’s only been out for 10 days so it’s not being included here. 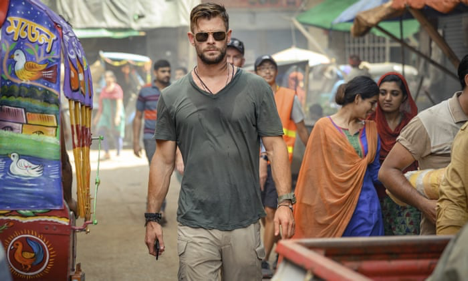 While the success of the Chris Hemsworth-led Bangladesh-set action thriller Extraction is an impressive win for all involved (a sequel is on the way), it’s one that needs a certain amount of couching. The film, which sees the Thor star play a black market mercenary, was launched on 24 April this year, a date that has theatrically become known as the start of the summer season (last year Avengers: Endgame was released on the 22nd), a prime slot that this year, with cinemas closed, drove blockbuster-seekers online. Over a month into lockdown, with Netflix viewership inevitably soaring, the arrival of a snazzy new release was transformed into a major event. The combination of a star name and an action-heavy premise would surely have made Extraction a hit regardless but the scale of its numbers reflects an audience craving flashy escapism during a difficult time. It remains a huge turning point for Hemsworth, though, who has struggled outside of the Marvel universe (his many flops include Rush, Men in Black: International, Ghostbusters, Bad Times at the El Royale, Blackhat and In the Heart of the Sea) and together with the success of Chris Evans’ Apple drama Defending Jacob (reportedly their second-biggest show to date), it suggests that our more newly crowned A-listers would be wise to stick to streaming. 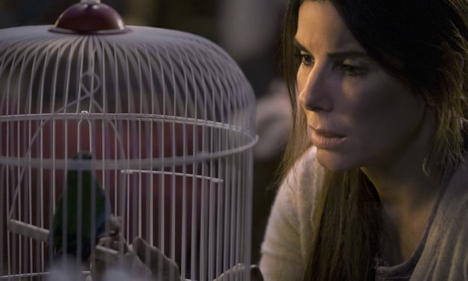 Bird Box, the OG Netflix hit, the platform’s first genuine blockbuster, the film that launched a thousand memes and a head-smashingly stupid viral challenge, should technically be at the top of this list. Back when it was released, in December 2018, a view still required a user to have consumed at least 70% of the title, meaning that however you spin it, more people watched more of Sandra Bullock’s high-concept thriller than they did Extraction. It remains a fascinating case study not just because of the number itself but because of the short-lived pop culture phenomenon that followed and in just a couple of weeks it became the most talked about film of the year, for better or worse. The combination of a snappy premise (easily explained in a quick homepage tease), a smart release date (kids on Christmas holiday, families together needing something to watch) and the long-running star power of Bullock gave the film a propulsion that we’ve still not seen replicated since. 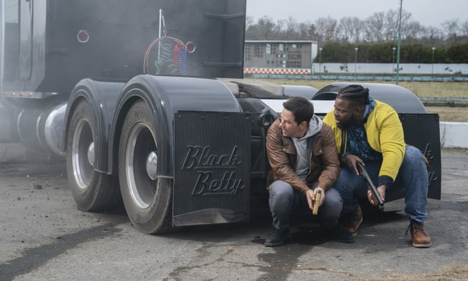 Released on 6 March this year, just before we were all forced indoors, the Mark Wahlberg caper Spenser Confidential was a perfectly, if unintentionally, timed hit, a film that seemed on first glance to offer the high-octane, high-budget action we were all starting to miss on the big screen. Its ultimate cheapness (like many Netflix originals, it’s really just a flatly made TV movie) and subpar quality didn’t affect its huge numbers, again undeniably bolstered by an extremely captive audience. Its another case of the right star paired with the right genre and Wahlberg has long nurtured a loyal audience with many of his action-heavy big screen outings. That power has waned in recent years but the substantial number of viewers who turned up for him here show that again, his star has by no means dimmed, it’s just more effective outside of the multiplex. Wahlberg has smartly signed on for a sequel as well as engineered himself another Netflix franchise in the shape of Our Man From New Jersey, described as a blue-collar 007. 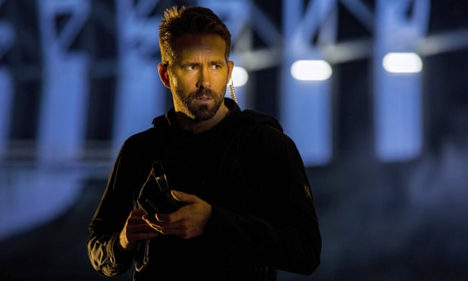 Continuing what’s now a pretty glaringly winning formula of big stars matched with big action released at a time when audiences are extra eager for something to watch, is a win for Michael Bay’s frenetic franchise-starter 6 Underground. Led by Ryan Reynolds, who post-Deadpool has found himself to be not only a bankable leading man again but a reliably efficient one-man marketing machine, the film was mostly loathed by critics but at-home viewership was considerable, turning it into a major hit last December. His Twitter presence was a definite cause of his satirical superhero success and it also helped push this to big numbers in a month that’s now a desirable slot for the platform’s bigger projects. 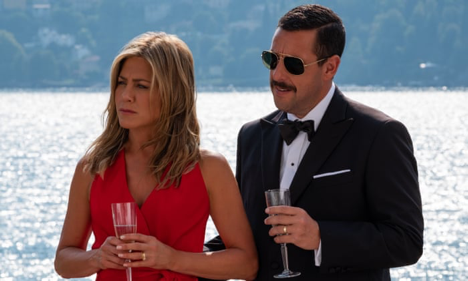 Last summer, as many of us bemoaned the fall of the movie star, with A-listers flopping on the big screen, Jennifer Aniston and Adam Sandler showed that their fans hadn’t disappeared, they were just staying home instead. Murder Mystery, a goofy comedy about a couple caught up in a conspiracy while on holiday, quickly became one of the platform’s biggest hits, easily outpacing Sandler’s other Netflix projects. The actor, who has since been met with his best reviews to date for Uncut Gems, signed a considerable deal with Netflix five years ago, arguably the first major big-screen actor to understand the long-term benefits of partnering with a streaming platform. Murder Mystery has been by far his biggest film with the streamer, a sign of the huge fanbase that Aniston carries with her, one that’s only grown since the second life of Friends. 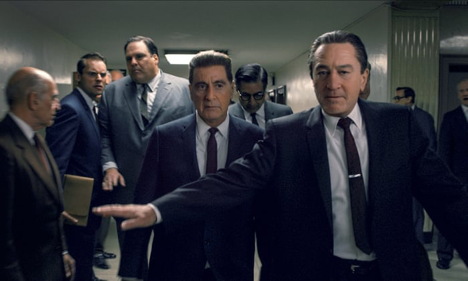 While Netflix has successfully spent more time, and a lot more money, expanding its roster of renowned big-name directors making films aimed at creating a splash at the Oscars, viewers have tended not to show quite as much interest as Academy voters. Last October’s big dump of data showed that more people watched shoddy Lifetime-esque thriller Secret Obsession than Roma or any of the streamer’s other big awards bets to that point, none of which made a showing in its annual top 10. Before Martin Scorsese’s extravagant $159m bet The Irishman landed, Netflix conveniently changed how a view was tracked, aware that many might not make it through 70% of a 210-minute film, but it still marked a major milestone for them: a big, starry studio-quality saga that felt like a genuine event last Christmas. It remains the only awards-y title on the list. 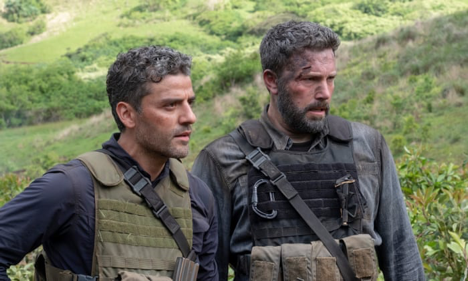 Another example here of movie star sway matched with action set pieces yet one supported by a tad more prestige than the other examples higher up on the list. JC Chandor, who found acclaim with Margin Call, All is Lost and A Most Violent Year, ironically decided to make his biggest film to date for Netflix, the sturdy Colombia-set heist thriller Triple Frontier, that used Ben Affleck’s A-list credentials to attract an impressive 63 million viewers last spring. Solidly entertaining and made with more panache than the average Netflix original, the film really did feel like a theatrical pic that viewers missed on the big screen but could watch at home instead. It’s also another reminder of how Affleck’s fanbase interacts with his work, coming just two years after his thriller The Accountant surprised pundits by becoming 2017’s most-rented film, both signs that, like many other stars on this list, the small screen might be the safest place for him in the future. 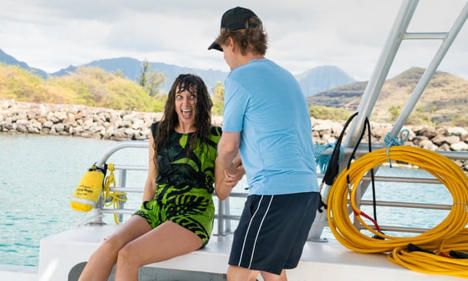 The Wrong Missy, a critically loathed comedy devoid of big star names, has managed to scrape its way inside the bottom of the list thanks to the same major event that lifted three other titles: the coronavirus. Released on 13 May, two months into lockdown at a point when new films were starting to feel scarce, its 59 million viewers are less symbolic of the appeal of stars David Spade and Lauren Lapkus and more a sign of the stranglehold Netflix has had on what we’re watching this year. What many critics seem to agree on, though, is that the film works best as a decent showcase for the talents of Lapkus, a comedian known by most for her role in Orange is the New Black. Netflix has a strong track record of nurturing a stable of talent and it’s likely that we’ll see her in more of their upcoming comedies. 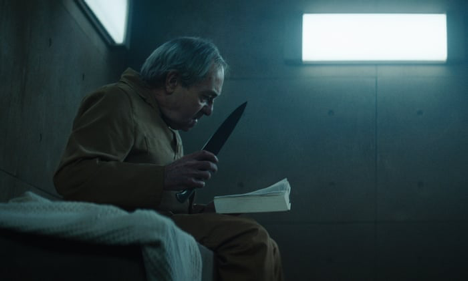 Another quarantine success here but one that deserves a heartier pat on the back as The Platform is also the only foreign language film on the list, an impressive achievement given the streamer’s growing number of international offerings. So what attracted more people to a grim buzz-free horror than Alfonso Cuarón’s Oscar-winning Roma? The gory Spanish-language film arrived on 20 March without fanfare yet its tale of a dystopian future where people must fight over food to survive proved horribly well-timed. As the recent renewed success of Contagion has proved, many of us have been craving fiction that errs close to the reality we’re now faced with and while The Platform is a more extremist vision than most, it still offered enough claustrophobic paranoia to touch a nerve. 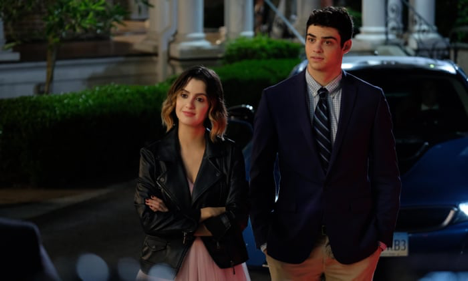 The streamer’s nifty continuing attempt to resurrect the teen movie, after it mostly disappeared on the big screen, has led to a number of big successes and while on first glance, last April’s The Perfect Date might seem like an odd inclusion here, it’s one that requires some explanation. The previous summer saw Netflix score big with To All the Boys I’ve Loved Before, The Kissing Booth and Sierra Burgess is a Loser and while they might have ultimately reached a higher number (To All the Boys allegedly reached 80 million), this was over an extended amount of time. The release of The Perfect Date, starring Noah Centineo who appeared in two of the aforementioned teen hits, the following year came when he was now a Netflix star and when the teen comedy was a popular genre on the platform. The number is then reflective of its first month of release, as the film became part of sleepover movie rotation. It proves yet again that the platform can effectively make and sustain stars (Centineo now has more than 19 million Instagram followers thanks to streaming alone) although their sway outside of Netflix remains questionable.