Movie theaters have been devastated by coronavirus since the pandemic has forced cinemas to close across the country and essentially wiped out summer blockbuster season. Quentin Tarantino’s Beverly Cinema closed due to the COVID-19 pandemic.

Exhibitors had long hoped that the August releases of Christopher Nolan’s “Tenet” and Disney’s live-action remake of “Mulan” would kick off a moviegoing revival. However, those plans suffered a major setback on Monday when Warner Bros. said it would push back the debut of “Tenet” to a later date in 2020, while acknowledging the difficulty of distributing a tentpole film while COVID-19 infection rates were spiking across the U.S.

John Fithian, the head of the National Association of Theatre Owners, the exhibition industry’s top lobbyist, says he is disappointed by the decision and is urging studios to start releasing upcoming movies as planned. 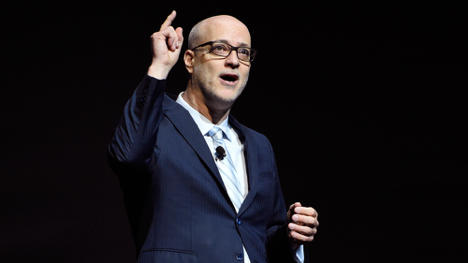 He believes that Hollywood needs to embrace a new normal: Theaters won’t be open in every part of the country or the world until there’s a vaccine. He believes that in many communities, where coronavirus cases are declining or have flattened, it’s safe to return to cinemas. Fithian notes that theaters have instituted new safety protocols and cleaning procedures, but they can’t welcome back guests if there aren’t new releases to play. In two interviews with Variety, conducted both before and after Warner Bros. announced it was delaying “Tenet,” Fithian outlined the challenges facing the theater business and reiterated that he believes that it’s time to turn marquee lights back on.

Warner Bros. announced today that “Tenet” will move off of its Aug. 12 release date and will debut at some point in 2020. What is your reaction?

Distributors should stick with their dates and release their movies because there’s no guarantee that more markets will be open later this year. Until there’s a vaccine that’s widely available, there will not be 100% of the markets open. Because of that, films should be released in markets where it is safe and legal to release them and that’s about 85% of markets in the U.S. and even more globally. They should release their movies and deal with this new normal. Studios may not make the same amount of money that they did before, but if they don’t start distributing films, there’s going to be a big hole in their balance sheets. This is a $42 billion-a year business. Most businesses would take 85% of that instead of zero, which will be what happens if they wait for all of the markets to open up.

Has Warner Bros. kept you in the loop as it weighs what to do?

Absolutely. Warner Bros and Disney [ed. note: Disney is releasing “Mulan”] have been great partners on sharing data and in calling us to let us know their thinking. At the same time, we’ve kept them fully informed of what we are seeing. I have tremendous respect for the challenges that they are facing to their own business model. I look at this as a great partnership, but at the same time I think it’s a big mistake to keep delaying these movies. 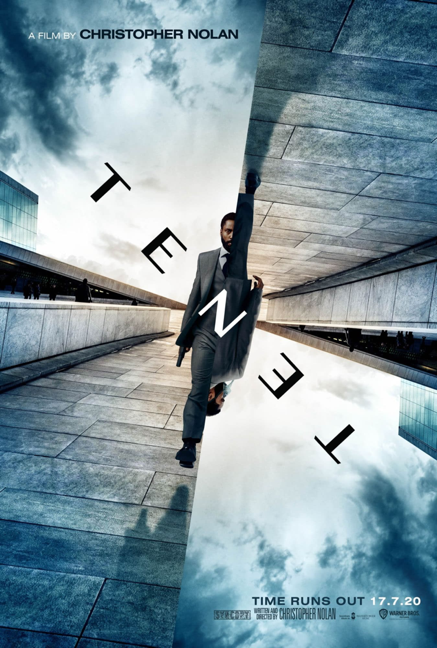 Will the “Tenet” delay have a domino effect and will other theaters move their release date?

We don’t know that yet.

Will this prevent major theater chains from reopening?

We don’t know that either.Theater owners have complain privately that they feel like the media is rooting for them to fail, while spilling a great deal of ink on the rising popularity of streaming services like Netflix.

Do you think media coverage has been fair?

I think the coverage has been mixed in its fairness. First of all, throughout all of this our biggest concern has been on the risk levels associated with going to theaters. We have demonstrated with science and by establishing careful protocols that people can come back to theaters safely. However, the media prefers to cover the more alarmist news about risk levels. They cite a Texas Medical Association chart that lists movie theaters as being riskier than airlines. That’s not based on science, and yet it’s getting play all over the place including in the New York Times and on national broadcast television. And when they cover the California shut down, they talk about movie theaters closing without acknowledging that 10 movie theaters were open in the entire state.

The economic challenges we face are very real. Without additional help from Congress, theater companies and employees will be in a very, very bad position. And that’s not unique to movie theaters. There are lots and lots of businesses that are struggling to survive this.

What kind of federal assistance do movie theaters need?

When we started this battle in March and April, everyone anticipated that the closures would cause economic pain, but they thought this would be done by early July. So we went to Congress and lobbied to get loans and liquidity and to get unemployment expanded for our 150,000 furloughed workers. We were successful on the unemployment part and only partially successful in the loan part. That’s because the loans were never fully implemented by the Fed and the Treasury. Both Congress and the administration bungled some of those loan programs. Now we’re back lobbying for the next round of relief legislation, which Congress will start considering this week. It includes better and additional extended benefits for furloughed employees and it will hopefully make loans easier to obtain, so it can help theaters survive this financially.

Why did you join with AMC, Regal, and other chains to sue the state of New Jersey to compel the governor to let you reopen?

Movie theaters throughout the country have spent a great deal of time making sure that the right safety protocols are in place. We’ve figured out ways to reopen with distancing, enhanced sanitation, and other practices. We’ve hired epidemiologists to consult with and we’ve worked with operational experts.

We don’t want to reopen early or unsafely. We just want to open at the same time as similarly situated institutions. In New Jersey, churches and synagogues are open, but movie theaters are not. That makes no sense. Churches are more dangerous than movie theaters. People sing, they talk, they hug each other, all activities that can spread the virus. In movie theaters, people are sitting and looking at a screen for two hours. They’re wearing masks, except for those few moments when they’re eating popcorn or sipping Coke. So we brought a constitutional claim, and we believe we have a good case. We asked for a temporary restraining order, and that was not granted, but those are rare. But we should have our case heard in a few days or weeks, and we anticipate a good result. In New Jersey or New York or some of the other states where theaters are closed, COVID rates are stable or they’re going down.

Unlike restaurants that source their food locally or bars that get alcohol from certain distributors, we serve movies and movies are a national and global commodity. If studios aren’t releasing them, we can’t make money. The pandemic is an existential threat to the industry. We need to get new movies into theaters and we need to get them in right now. Theaters are open in most places, and if this drags out much longer, we’re going to have a problem. We’ve had four months with no revenues, but we’ve had fixed costs such as leases and insurance. When you have fixed costs and no revenues, that’s a problem.

You mention restaurants and bars being open, but some public health experts think that having indoor dining and drinking has led to the surge in cases. Isn’t that an argument against reopening theaters?

People are getting sick in churches as we speak. Dozens of people have been at church functions and gotten sick. We have to confront this issue as a society. How do we approach medium risk activities, such as movie-going and eating in restaurants? Does society choose to shut everything down until there’s a vaccine? And by the way, bars about as high risk an activity as there can be, because people drink too much and they stop wearing masks and social distancing. People in our theaters wear masks and socially distance. Most of us are trying to find balance where we can open up with the right protocols in place to keep our patrons and our employees safe.

Will the major movie chains still be around if they can’t reopen until there’s a vaccine?

They’ll still be around, they’ll just be under completely different ownership. Many will have to go through bankruptcy. Some will reorganize, others will fold. I have no doubt that on the other side of this, cinemas will be stronger than ever and moviegoing will come back bigger than it was before. But if we don’t find a way to reopen, a lot of jobs will be lost and a lot of companies will go away.

Article by: Brent Lang for Variety.