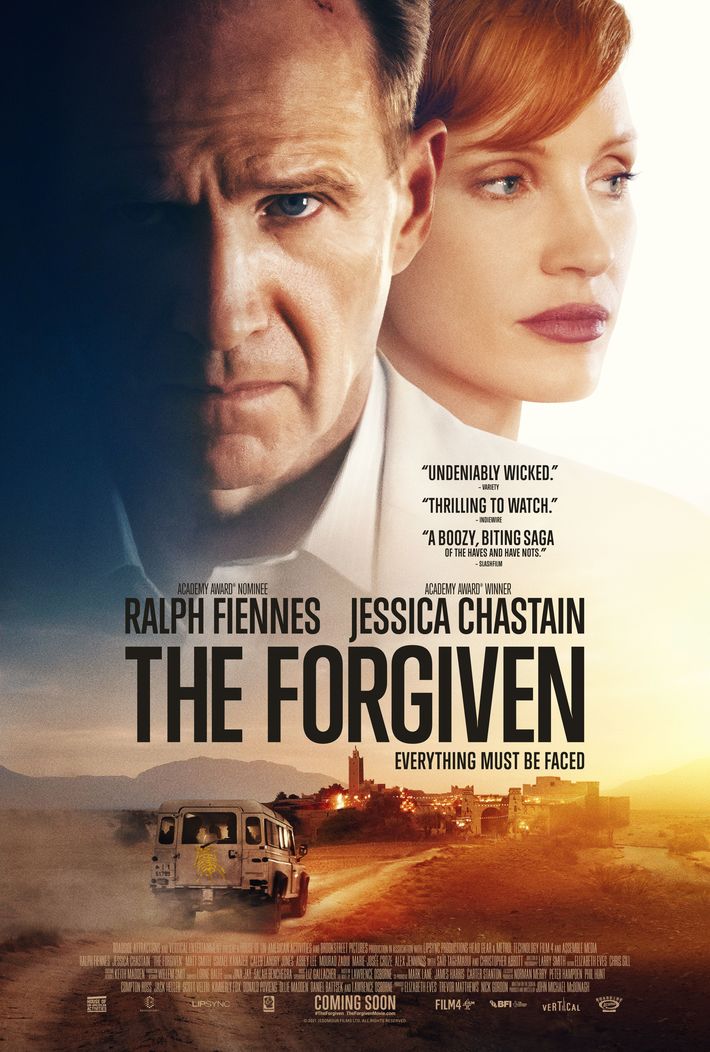 Vertical Entertainment and Roadside Attractions today unveiled the trailer for their thriller The Forgiven, starring Jessica Chastain (Armageddon Time) and Ralph Fiennes (The Menu), which is slated for release in theaters on July 1st.

The film written and directed by John Michael McDonagh (The Calvary) is based on the novel of the same name by Lawrence Osborne. It centers on wealthy Londoners David (Ralph Fiennes) and Jo Henninger (Jessica Chastain), who are involved in a tragic accident with a local teenage boy, after speeding through the Moroccan desert to attend an old friend’s lavish weekend party. Arriving late at the grand villa with the debauched party raging, the couple attempts to cover up the incident with the collusion of the local police. But when the boy’s father arrives seeking justice, the stage is set for a tension-filled culture clash in which David and Jo must come to terms with their fateful act and its shattering consequences.

Written By Matt Grobar for Deadline