The San Francisco-born actress, writer and director had been trying to make it in the industry for years, but it didn’t seem like her career was going anywhere. She worried, too, that she’d failed one of her biggest supporters: her mother. It was time to quit, she thought.

“I told her, ‘I’m sorry we’ve spent all our money and time trying to go after this dream,” Feliciano told The Chronicle in a recent video interview.

But her mother didn’t agree. Instead, she shared her own story of struggles — and resilience — trying to succeed in a patriarchal society. 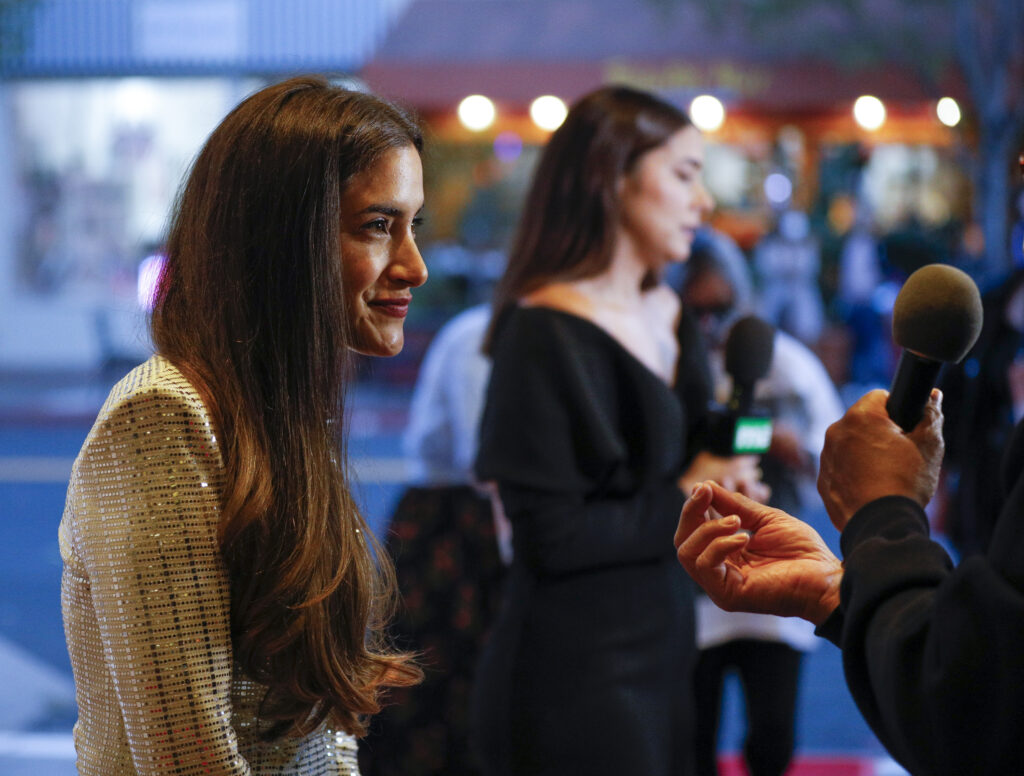 “She told me everything that happened to her in the ’60s and ’70s,” Feliciano said. “She’d made peace with it, but I was livid.”

The conversation sparked a new creative energy in Feliciano, inspiring the emotional blueprint for her independent film, “Women Is Losers,” which premieres Monday, Oct. 25, on HBO Max after screening at this year’s Mill Valley Film Festival.

The film, shot in San Francisco, follows the story of Celina (Lorenza Izzo), a promising Catholic schoolgirl whose life takes a devastatingly dramatic turn when, in 1967, she and her best friend, Marty (Chrissie Fit) both find themselves pregnant. It’s six years before Roe vs. Wade would protect a woman’s right to an abortion without overreaching government restriction, and both girls face a life-altering decision.

After a shocking trip to a back-alley abortion doctor, Celina becomes a single mother and confronts a world that treats her as a lesser citizen. Whether it’s being denied birth control, struggling to find child care, or learning that the bank won’t sign off on a home loan unless she’s married, she struggles to break free from the confines of poverty and misogyny.

The film also stars Bryan Craig as Mateo, the father of Celina’s child; Steven Bauer as her abusive father; and “Shang-Chi” actor Simu Liu and Liza Weil as her bosses, Gilbert and Minerva.

Feliciano says she knew she wanted Izzo in the main role after watching the actress “let the artifice drop” in her role as a con artist in the 2015 Keanu Reeves thriller, “Knock, Knock.”

For Izzo, the role resonated in deeply personal ways.

“I grew up in a very matriarchal family, raised by very strong, powerful women,” the Chile-born actress told The Chronicle in the video interview. “This is my mom’s story; this is my story as well.”

The fluidity is intentional, Feliciano said.

San Francisco also plays an important role in the film. Feliciano, who grew up in the Mission District, said she wanted to show a part of the city not usually represented in popular culture.

“I was really tired of seeing movies (set) in San Francisco that had cable cars and the Golden Gate Bridge, because if you are poor and you live in San Francisco, you maybe go there on a field trip,” she says.

For a city to be such a melting pot of communities, reducing it to cliche tourist-themed concepts seemed disingenuous.

“It was important to show a side of San Francisco that real people live in,” she said.

For the film’s title, however, Feliciano borrowed from one of San Francisco’s most famous musical daughters, Janis Joplin. The singer was born in Texas, but the bay arguably shaped her career.

Although Feliciano had never listened to Joplin much, when she heard “Women Is Losers” she knew she had landed on something important.

"I heard this pain and humor in her calling out why (women) are second-class citizens,” Feliciano said. “She’s making a point, but she’s not educating or coming from a place of superiority.”

Now, with “Women Is Losers” set to premiere on HBO Max, Feliciano says she’s gratified that she was able to keep the song title as the name for her film.

“It floors me that we’re going to make our HBO Max debut and we still have the title,” she says. “I think Janis was up there pulling some strings.”

She’s also grateful to see the movie reach a wider audience after its premiere on the film festival circuit.

“I’ve always said I want my movies to be for everybody,” Feliciano says. “If the lady at Sears or Walmart knows about my movie, I’ve succeeded.”

Article by Rachel Leibrock for Datebook