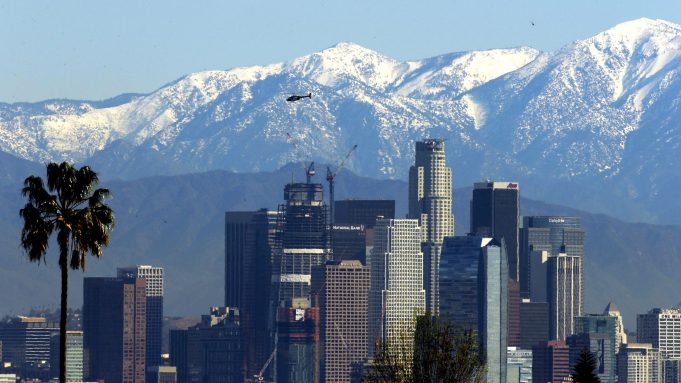 On-location filming is booming in Los Angeles. The third quarter of 2021 was the third-best quarter in 26 years, trailing only the pre-pandemic fourth quarters of 2016 and 2018, according to the latest report from FilmLA, the city and county film permit office. Shooting days were up 3.4% from the second quarter, and skyrocketed more than 141% from the dark days of the pandemic a year ago.

“The biggest takeaway from this report is that the pace of local production continues to increase,” said FilmLA president Paul Audley. “The late-pandemic recovery is uneven in some ways, but community receptiveness to filming is steady and the work opportunities are undeniably there.”

Broadcast TV series that filmed locally during the third quarter (July 1–Sept. 30) include CBS’ SEAL Team and NCIS: Los Angeles; NBC’s Mr. Mayor and This is Us, and ABC’s The Rookie and Home Economics. Cable series include two new series for Showtime – Super Pumped and the untitled Los Angeles Lakers project – as well as Better Things for FX and Chad for TBS.

Feature film production quickened the most in the third quarter, up 33.5% over the second quarter. Television and commercials were mostly flat, with less than a 1% difference quarter-to-quarter.

Less than 14% of the feature film shoot days were on projects that received California film incentives; only 5.8% of the television shoot days were on shows that received the incentives, and TV comedies didn’t receive any tax-payer support at all during the quarter. (FilmLA defines one “shoot day” as one crew’s permission to film at one or more defined locations during all or part of any given 24-hour period.)

To get a better idea of where the industry stands compared to pre-pandemic filming levels, FilmLA is now reporting a new “pre-Covid” average, consisting of a rolling quarterly analysis spanning the years 2016-2019.

Television is in “historically good shape” when measured against this standard, posting the strongest third-quarter gains, and 22.1% above the third quarter pre-Covid average. Commercial production was also up 15.5% above past figures, but FilmLA noted that feature films and its “other” category – which includes still photography shoots, student and documentary films, music & industrial videos – fell short of their pre-Covid average, “highlighting the still-uneven nature of the industry’s local recovery.”

Written by David Robb for Deadline.