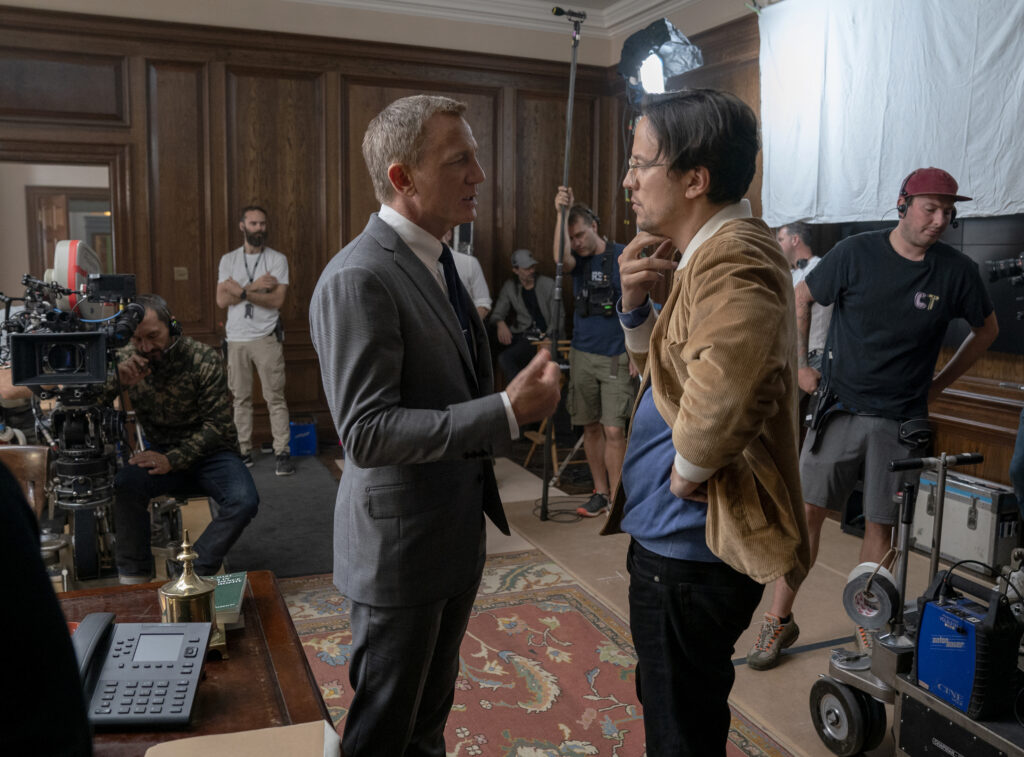 Cary Joji Fukunaga admits he’s a little exhausted as he appears on a video chat during the U.S. press day for the latest James Bond film, “No Time to Die.”

The Bond circus can do that to people. He talked from New York, where he purchased his first piece of property, a Manhattan apartment, in 2018. “I bought the place right before I got the (Bond) job in London,” the 44-year-old Fukunaga said. “So I haven’t even really lived in it yet. I’m going to try to stay there tonight.”

But Fukunaga brightens up when he finds out he is talking to a reporter from the Bay Area, where he was born (Oakland) and raised (Oakland, plus Berkeley, Albany, Vallejo, Benicia and Sebastopol, where he attended Analy High School).

“I was last there in January,” Fukunaga said. “At that point I hadn’t seen my family in almost three years.”

It’s been a whirlwind for Fukunaga, the first American-born director to helm an official entry in the British superspy franchise, and the first of Asian descent (he is half Japanese American). Directing a Bond film, with its massive budgets, complicated production and high expectations from a global fan base, is always a taxing challenge, but the pressure this time is even more intense: It’s the final Bond for Daniel Craig, the man many consider to be the best to strap on 007’s shoulder holster, and its box office performance is being closely watched after a 20-month pandemic delay.

The early signs are promising. “No Time to Die,” a $245 million film, has earned more than $120 million in 54 markets, a pandemic international box office record for a film that has not yet opened in the U.S., where it debuts Friday, Oct. 8, or China (Oct. 29).

“I’ll probably know in a couple of months how I feel,” Fukunaga chuckled. 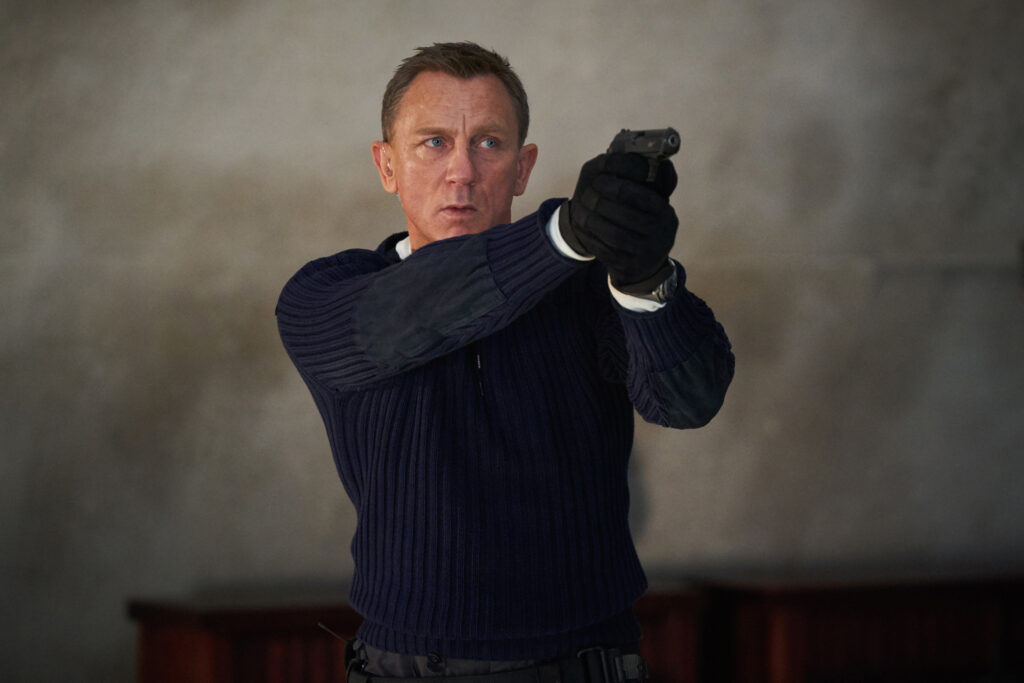 In hindsight, despite the fact that he doesn’t hail from the British empire, the usual pedigree of a Bond director (the last two were helmed by England’s Sam Mendes), Fukunaga was the perfect choice to bring the five-film Craig saga to a close. He’s a complete filmmaker, and that’s what was needed.

Fukunaga trained and worked as a cinematographer, which is what he studied at New York University film school; he and “No Time to Die” director of photography Linus Sandgren pushed producers Barbara Broccoli and Michael G. Wilson to shoot with Imax cameras, a first for a Bond film. He’s also an accomplished writer and is the only Bond director to receive screenplay credit, along with Bond veterans Neil Purvis and Robert Wade and Phoebe Waller-Bridge.

And he is a a huge history buff. It’s what he studied at UC Santa Cruz, and it informs all of his work, from his low-budget Sundance darling “Sin Nombre,” about illegal immigration, to a 2011 adaptation of “Jane Eyre,” to the first-ever Netflix film, “Beasts of No Nation,” about child soldiers in an African conflict, to TV series such as HBO’s “True Detective” (for which Fukunaga won an Emmy) and Netflix’s “Maniac.”

To end the Daniel Craig era, the onetime Civil War re-enactor felt he needed to approach it with a proper epic sweep to mark the passage of time.

“You don’t really understand the unprecedented nature of where things are headed, whether it’s humanity or politics or geopolitics, and how we might be moving towards conflict again,” explained Fukunaga, whose college thesis concerned contemporary history and colonialism. “I think it’s interesting to really play upon the breaking down of foundations, and what that does. There are things you see in (‘No Time to Die’) that look at the sort of end of a status quo. Change is always frightening.”

Unique among the 26 James Bond movies, the Craig films have their own self-contained story arc. He begins in 2006’s “Casino Royale” (directed by Martin Campbell) as a raw secret service agent who has yet to earn his Double-0 status; “Quantum of Solace” (2008, Marc Forster) was the first direct sequel of a Bond; and the character deepened with “Skyfall” (2012) and “Spectre” (2015), both directed by Mendes.

Fukunaga credited Campbell for bringing “grittiness” and “brutality” back to the series, and for reimagining the franchise not once but twice. (Campbell also directed the first Pierce Brosnan Bond movie, “GoldenEye.”)

“I also look at ‘GoldenEye’ as sort of a sea change for the Bond world when you have Dame Judy Dench brought in as M, her sitting Pierce Brosnan down and calling him a misogynistic dinosaur and a relic of the Cold War,” Fukunaga said. “That was a reckoning if there ever was one.

“I think Martin did it again with Vesper Lynn (Eva Green’s character) in ‘Casino.’ Arguably, of the four other (Craig) films prior to mine, she is the strongest female character there. There’s something about the boldness of those shifts we all benefit from.”

To that end, and mindful of of this being the first Bond of the #MeToo era, French actress Léa Seydoux (“Blue Is the Warmest Color”) became the first “Bond girl” to be asked to return to play the same role — her Madeleine Swann goes off with a seemingly retired Bond at the end of “Spectre” — and two agents, played by Lashana Lynch (“Captain Marvel”) and Ana de Armas (Craig’s co-star in “Knives Out”) match wits and skills with Bond.

Later in the writing process, Craig suggested that “Fleabag” and “Killing Eve” creator Waller-Bridge be brought in to polish the script. 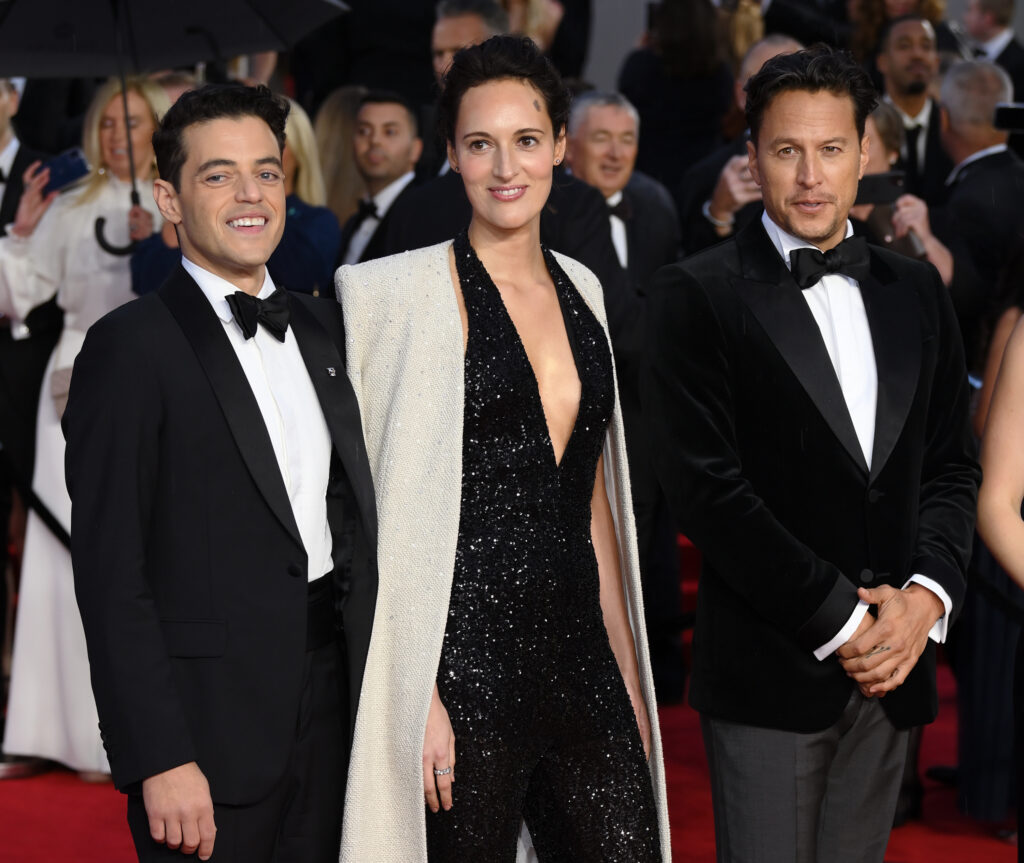 The results show. Sedoux’s Madeleine in “Spectre” was, as she put it in a separate video interview with The Chronicle, “not very developed. She was the good girl. It’s always hard to play a good girl, because I don’t have any material to explore the depth of the character.”

In “No Time to Die,” Sedoux found she had to play a much more complex character. She first met Fukunaga over drinks in London, where they discussed the role and felt a level of immediate trust, something that carried over onto the set.

“He’s sensitive. He was very patient with me,” Sedoux said. “I have to say it was not easy. I struggled a bit, to be honest, on the film because it was very emotional for me. I was in a place where I had doubts about myself. I didn’t feel capable sometimes. He really helped me, and this is something I’m very grateful about.”

He is also working on a food documentary, again putting his enthusiasm for history to work and satisfying his desire to work with budgets both big and small.

“Right now I’m working on an ingredients documentary with (chef) René Redzepi and (food writer) Matt Goulding, and salt is one of the subjects we’re studying. Just the history of salt is fascinating. I could just go on about salt,” Fukunaga said with a laugh.

But with Campbell, Mendes and several other directors having made more than one Bond, would Fukunaga do another?

“I don’t know,” he said. “I’ve really enjoyed the process, but it was hard. The 20 months I was on that project, no one saw me. I was working seven days a week and long, long hours. Definitely by the end, I could feel my life force being squeezed as I delivered the last I could to make sure it was everything it could be.

“Would I do it again? I think I could do it again. I would probably prepare differently. But I also have to question, with the finite time that I have left to tell stories, is that how I want to spend my time, or would I want to do something else?”