As numerous states grapple with increasing numbers of new cases of the novel coronavirus, there's been a concerted effort by numerous political officials, health experts and even Hollywood stars to encourage people to wear face masks in public to slow the spread of COVID-19.

New York Gov. Andrew Cuomo, who signed executive orders in April requiring New Yorkers to wear masks in public and while taking public transportation, has been a vocal proponent of wearing masks. After a particularly rough experience with the pandemic, with as many as 11,000 new cases a day in April, New York has seen the number of daily new cases decline since then and stay below 1,000 a day for the past month. 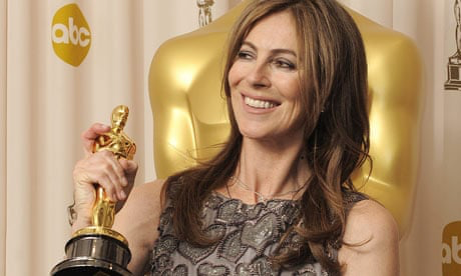 Oscar-winning director Kathryn Bigelow (above) is one of many involved in PSA production.

The "Mask Up America" education and awareness campaign to urge all Americans to wear a mask will also feature De Niro, Kaitlyn Dever, John Leguizamo and Anthony Mackie.

Two spots, narrated by Freeman and Jeffrey Wright, debuted today, with more 30-second spots to roll out throughout the month of July, with some spots available in English and Spanish and for radio. The PSAs will be available in partnership with the Ad Council for use by broadcast and digital media outlets and air in donated media time and space throughout the country.

"New Yorkers suffered gravely when this pandemic hit our state and as we see other states battle the surge of COVID-19, we want to be sure all Americans know what we know here — that it is essential to wear a mask in order to protect one another," Cuomo said in a statement. "We can only beat this virus if we are united as one, not divided by ideology or politics. In that spirit we worked with the best and most creative team to deliver this vital message in multiple ways and in different voices — I wear a mask to protect you and you wear a mask to protect me. It is simple as that. Mask Up America."

Ad Council CEO Lisa Sherman added, "With cases of the virus continuing to rise across the country, we are proud to partner with Governor Cuomo's office on this critical message and inspire all Americans to wear face coverings."

Several states that have seen coronavirus spikes have recently passed legislation requiring people to wear face masks in public, but other governors have resisted statewide orders. President Trump has objected to the idea of a nationwide mask mandate, with the president himself frequently refusing to wear a face covering in public.

The campaign also launches as Georgia Gov. Brian Kemp recently said that local mask requirements, like the order issued by Atlanta Mayor Keisha Lance Bottoms, would not be enforceable.

Article by: HilaryLewis for the Hollywood Reporter.