THE SACRAMENTO FILM AWARDS ARE HERE! 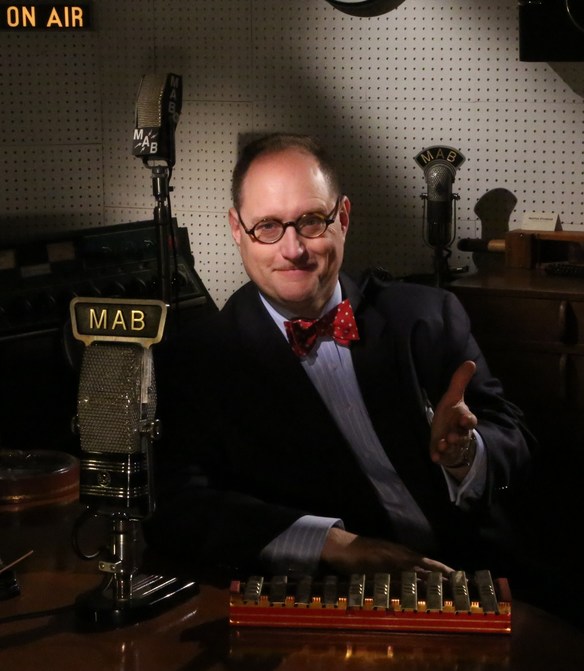 The 2020 Sacramento Film Awards is part of the California Film Foundation's Sacramento International Film Festival. As such, we honor filmmakers and professionals from our festival and the wider community. Of these recognitions, the Vanguard Award is our highest local honor. It is given to the person who has demonstrated a life-long commitment to and support of local media arts. This year, we gave our local Vanguard Award to three amazing recipients. The 2nd is Matías Bombal. Matías Bombal, movie critic of “Matías Bombal’s Hollywood” (KAHI Radio, Valley
Community Newspapers, www.mabhollywood.com), has been seen and heard in many
entertainment venues as a master of ceremonies throughout California. Born in Santiago,
Chile, June 3, 1967, Matías was surrounded by the arts at an early age. His father, Antonio
Bombal, was a professor of comparative literature and in his later life, a piano tuner. The
poet Pablo Neruda was a close friend in a family that included the Chilean novelist Maria
Lusia Bombal. They moved to Berkeley, California in 1968, where his father was teaching.
His mother, Judy Nevis, is a native Californian and has had a career in public service as a
Deputy Director with California’s Department of Housing. Matías grew up and learning
Spanish and English at the same time in an environment of classical music. The next logical
musical step was jazz! Matías developed an intense interest in the music of the 1920's and
1930's from listening to his grandmother’s 78 r.p.m. records.

Following a move in 1976 to Sacramento, Matías began his life-long love of the movies and
their exhibition. At nineteen years of age and on sheer enthusiasm, he was placed in charge
of the restoration and management of Sacramento's historic Crest Theatre. He made a
considerable impression on the valley’s show going public in his tenure there from 1986 to
1991, with colorful stage introductions and clever and rare film bookings.

He was directly involved with reviving Sacramento’s Guild and Colonial Theatres, as well as
working in the Tower, Sacramento Inn, and Crestview theatres as promoter, booker,
historian and all around showman. He has appeared as an extra and/or lent his production
assistance to the films Bird, Pink Cadillac, Xenia, Wisdom, and an episode of Highway to Heaven.
He was featured as a cashier in an independent black &amp; white comedy short silent film
9 Items or Less.

TV 58, KSCH, Sacramento brought Matías to the small screen as a Sunday night movie host,
introducing classic movies in a trademark tuxedo (movie palace managers were never seen in
anything else) This led to work as master of ceremonies at numerous theatrical events
throughout California on stage, screen, television and radio. Matías was featured with the
Music Masters Orchestra as a singer and announcer, working closely with noted big-band leader
Dick Jurgens who would help rehearsing the band that played style arrangements of
tunes from the 20's and 30's.

The owner of the Bijou Theatre in Lincoln City, Oregon, brought Matías to the central
Oregon coast in 1996 for 6 years to manage and operate that 1937 theatre. While there, he
was approached to do a movie talk show on the local commercial AM radio station, KBCH.
The Popcorn Hour, co-hosted by the owner of the Bijou Theatre, Keith Altomare, was a huge
success. Matías went on to produce 3 other popular weekly programmes.

As a film/music historian Matías has contributed to many books on film history, especially
on the silent and early “talkie” era. He is an authority on the pioneer film star Ramón
Novarro, and has the Mexican actor’s own collection early cinema memorabilia.

His first time on radio was at nine years of age on NPR affiliate
KXPR.

Mr. Bombal has worked as an emcee all over the west coast for special events- such as the
former Sacramento Music Festival, the silent movie series at Salem, Oregon’s great movie
palace, the Elsinore, the classic film series presented by the Friends of the Fox at the Bob Hope
Theatre in Stockton (Formerly the Fox-California) where he is the prize master of The
Fabulous Fox Giveaway, The Reno Film Festival, a silent films series at the Ironstone
Vineyards of Murphys, California and the Newport (Oregon) Performing Art Center's film
festivals.

Many people in Northern California and Nevada enjoyed listening to Matías as the popular
host of radio’s Classic Jazz and Swing, which was carried over 5 affiliate NPR stations for 4
years originating from The KXJZ Stations of Capital Public Radio in Sacramento. He has
been seen ascending out of the orchestra pit of Oakland, California’s Paramount Theatre for
the popular spin to win game, Dec-O-Win, part of the movie classics shown at the fabulous
1931 Art-Deco National Historic Landmark. He’s often engaged with Don Neely’s Royal
Society Jazz Orchestra, as their on-stage announcer. Mr. Bombal additionally assists in the
presentation of a yearly variety show benefit in Palm Springs, California.
As a documentary filmmaker, Matías Bombal has directed three films, THE
SACRAMENTO PICTURE (2015), THE STORY BEHIND YOUR RADIO DIAL (2016)
and directed and co-produced with Chad E. Williams, ALHAMBRA: Sacramento's Palace of
Fantasy (2018).

Matías Bombal lives in Pocket area of Sacramento, where he cultivates and preserves his
many media collections for future generations. He does voice work for commercials and
industry, working for a variety of clients. His movie reviews appear in print in 4 editions of
Valley Community Newspapers and weekly on KAHI Radio, 104.5 FM / 950 AM and he is
a member of the Sacramento Press Club, Valley Broadcast Legends, The Society of Motion
Picture and Television Engineers, . In his spare time, he enjoys motoring in his classic 1959
Mercedes-Benz 220S and delights in learning a new word each day.

The Sacramento Film Awards will be Encore at 7pm Saturday the 16th. To watch simply

RSVP at the following link.