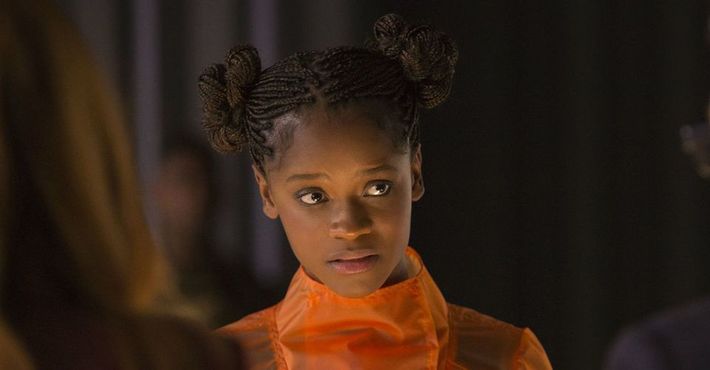 A new report of actors expressing anti-vaccination views on sets states that Letitia Wright is supporting said beliefs on the Black Panther: Wakanda Forever set. Plot details regarding the second installment in the Marvel Cinematic Universe franchise are currently being kept under wraps, with co-writer/director Ryan Coogler having taken the past year to readjust the story following Chadwick Boseman's passing from colon cancer. The film will see the returns of Black Panther stars Lupita Nyong'o, Danai Gurira, Martin Freeman, Wright, Winston Duke and Angela Bassett.

Black Panther: Wakanda Forever will also mark the MCU debut of Dominique Thorne as Riri Williams, a genius inventor who will create a suit of armor rivaling Iron Man's and eventually lead her own Disney+ series Ironheart. Production on the sequel finally got underway in Atlanta in June following COVID-19-related delays. Filming saw a brief hiccup as Wright was temporarily hospitalized with injuries sustained during a stunt in Boston, though new word states that may not be the end of it for the actress.

The Hollywood Reporter has shared a new report regarding a number of actors who continue to defend their anti-vaccination beliefs on social media and on sets, including Letitia Wright on the set of Black Panther: Wakanda Forever. A source from the film's set has stated she is expressing views against the COVID-19 pandemics on the Atlanta production, though no word was specified as to whether she received a form of the vaccination for the shoot. The report also reveals that Wright and her U.S. team of representatives parted ways following her posting of a controversial anti-vaccine video on social media in December. Wright's comments are an unfortunate trend in society following the roll-outs of COVID-19 vaccines around the globe, with Hollywood proving no exemption to the debate over them, with Paramount+'s The Offer having to shut down production in July after star Miles Teller contracted the disease after refusing to be vaccinated. Her comments also won't come as a surprise to some following her sharing of the controversial anti-vax and transphobic ministry video, which lead to her subsequently deleting her social media after attempting to issue an apology. THR's report does state that Disney will begin mandating proof of COVID-19 vaccinations for productions to better maintain safety, though with the note that anything currently filming will not be covered by said system, that leaves Wright in the clear for the remainder of the reported six-month production schedule.

Following Boseman's passing last year, much attention was turned to Wright and her character of Shuri for Black Panther: Wakanda Forever as many fell in love with T'Challa's younger sister and expressed their interest to see her don the titular mantle moving forward. However, her continued controversial anti-vaccination statements are sure to come as a disappointment to many who rallied for such a character evolution and put them off from the idea moving forward. Only time will tell what the future holds for Wright in the MCU when Black Panther: Wakanda Forever hits theaters on July 8, 2022.

Article by Grant Hermanns for ScreenRant