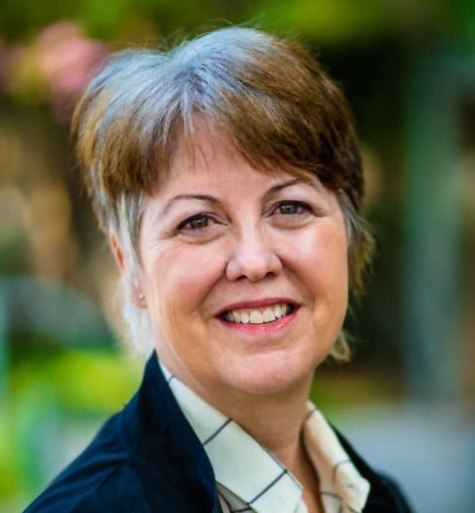 The 2020 Sacramento Film Awards is part of the California Film Foundation's Sacramento International Film Festival. As such, we honor filmmakers and professionals from our festival and the wider community.  Of these recognitions, the Vanguard Award is our highest local honor. It is given to the person who has demonstrated a life-long commitment to and support of local media arts. This year, we'll bestow our local Vanguard Award to three amazing recipients. The 1st is Beverly Lewis.

Beverly Lewis was the Director of the Placer-Lake Tahoe Film Office for Placer County for 22 years, and retired in November 2020. She was hired by Placer County to set and manage their first-ever film office. Under the auspices of the Placer County Office of Economic Development, the Film Office promotes and supports film, television, commercial and other productions in the county, to stimulate positive economic impact to this region. Beverly served as the principal liaison between production companies and the county, local business communities, residents, and various government agencies and coordinated the county film permits.

Under Beverly's leadership, The Placer-Lake Tahoe Film Office assisted more than 650 productions since 1998, generating more than $38 million in economic impact to Placer County businesses. Productions that have been filmed here since Beverly’s arrival include: In addition to her service to our region, Beverly served three terms as President of the Film Liaisons in California Statewide (FLICS), the state professional association of film commissioners and served on its’ board for eleven years. While President she represented FLICS in the entertainment industry’s Production Alliance efforts that passed California’s very successful Film & TV Tax Credit Incentive Program, revitalizing the film and TV industries. She continues to be active with the Alliance’s ongoing efforts. she also Co-founded the 2012 Content Creation and Distribution Expo.

Beverly has a Master of Fine Arts in Film Production from UCLA’s School of Film and Television and received her BA in Anthropology from California State University, East Bay.  Prior to her film commission work, Beverly was an independent filmmaker, producing and directing documentaries for PBS and in addition to work on commercials, independent films and music videos. Beverly produced and directed American Utopia.  This PBS program was selected for broadcast as part of the 1996 Atlanta Olympic Games Cultural Olympiad.  The program received the Award of Merit from the American Association of State and Local History, and it received critical praise in the Labor Studies Journal as well as in the Journal of Utopian Studies.

Other film work includes “Whalesong” and “Here’s Looking At You, Warner Brothers,” a two-hour retrospective first aired on A & E and TBS.  She has received major awards from the National Educational Film & Video Festival, the Wilkerson Foundation Award (founder of the Hollywood Reporter), and the Hollywood Foreign Press Association.  Her work has been exhibited at film festivals around the world.

The Sacramento Film Awards will be presented LIVE at 7:30pm Wednesday the 13th. To watch simply RSVP at the following link.