Actors with dis/abilities are rarely tapped to play dis/abled characters. Ali Stroker, Marlee Matlin and others share their views on representation in the entertainment industry. 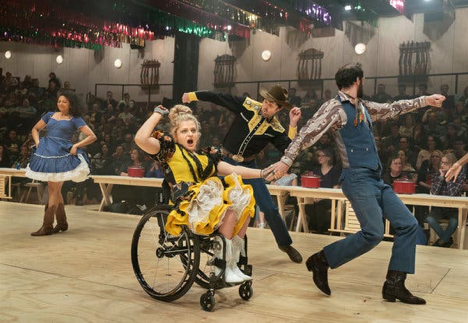 If history is a guide, one of the surest ways to get an Oscar is by being a nondis/abled person playing a dis/abled character.

About 25 actors have won Oscars for such performances, including Jamie Foxx for “Ray” (2005) and Angelina Jolie for “Girl, Interrupted” (1999), according to the Ruderman Family Foundation, which advocates for inclusion of people with disabilities in employment.

In 2018, 12 percent of characters with a dis/ability in top television shows were portrayed authentically, and actors as well as musicians have felt empowered to shape the public conception of dis/abilities.

Social movements like #OscarsSoWhite and #MeToo have started important conversations about an industry with entrenched disparities. With that in mind, we asked entertainers how they have navigated their careers, and where their hopes lie for the future of their industry.

I have had a very positive experience in the entertainment industry. It doesn’t mean navigating the industry was easy, but nothing good ever comes easily. I wanted to join the party. So I started showing up.

I knew I wanted to be an actress on Broadway at the age of 7, after I played the title character in “Annie” in a backyard production at the Jersey Shore.

I majored in drama at the Tisch School of the Arts at New York University, and during that time I loved going to Broadway and Off Broadway shows, as well as concerts and school productions. I ate up every moment around the people I dreamed would one day be my peers. I had been cast in musicals throughout high school and college, but after I graduated, I moved to Los Angeles. I auditioned for the TV show “Glee” and didn’t get cast, but was later cast on the reality show “The Glee Project,” where contestants competed for a role on “Glee.” I was a runner-up and became a guest star on the fifth season.

I hustled really hard as I tried to make a career for myself, but I didn’t get many auditions at first. I took classes at Upright Citizens Brigade and wrote a one-woman show. I wasn’t a writer, but I picked some songs and wrote some stories about my life and put them together. I called it “Finding Glee,” and I performed the show a few times in New York and New Jersey. 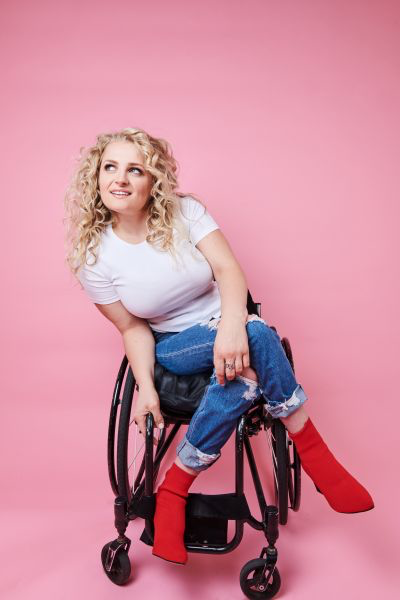 I never wanted to use my dis/ability to get work. Meaning, I didn’t want to get hired because I was dis/abled and writers needed someone with a dis/ability in their story. I wanted to get work based on my ability as an actor, singer and dancer. I wanted to work with creative, intelligent and innovative people.

I am almost always the only dis/abled person in the room. I have a spinal cord injury and am paralyzed from the chest down. I use a wheelchair for my mobility. Accessibility is always a hurdle, but I am used to dealing with it because it’s a part of my life. I have what I like to call “ninja patience.” I came up with this phrase after noticing many of my friends become impatient about little things. It got me thinking about the special skills I have because of my dis/ability; patience is one of them.

I know that accessibility isn’t perfect. Often I’m dealing with sets and backstages in theaters built in the early 1900s. The doorways are narrow, and most of the bathrooms are tiny. Usually there are stairs. I used to have to be carried onstage, and I would make a comedic bit out of it.

After winning the Tony last year for my role as Ado Annie in “Oklahoma!” I promised myself that I would no longer accept jobs where I would have to be carried onstage. That was a boundary I needed to set for myself. My feeling is, “if you can’t accommodate me, then you don’t get me.” I believe I’m worth it. And the truth is: Every producer and director I’ve worked with has made the space we’re in accessible, because they care. This industry continues to be filled with beautiful relationships and opportunities.

I have to educate people about my dis/ability sometimes, but I view it as an opportunity to connect. I don’t expect people to know what they don’t know. Some people might think that’s overly accommodating, and at times I’ve wondered too. Those are the types of questions I consider each day. I have committed to a life of unpacking my dis/ability. It’s not going anywhere.

Article by: Ali Stroker from the New York Times.