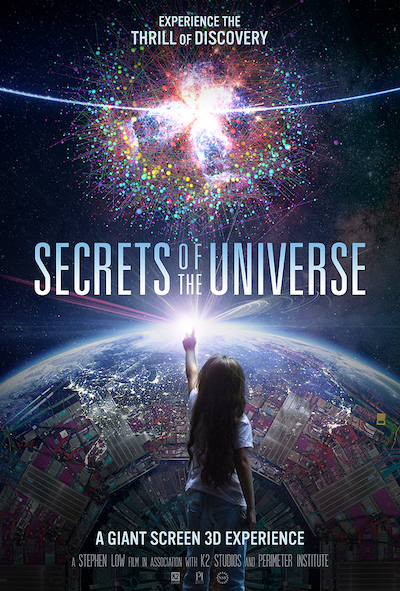 DAVIS (CBS13) — Scientists are used to looking at stars, but now, these UC Davis scientists are the stars of a new movie examining the origins of the universe.

UC Davis Professor Manuel Calderón De La Barca Sánchez is getting the star treatment. It’s a recognition of his research into what makes up stars, elements and all other matter in the known universe.

“Maybe we find that there’s something smaller inside. That’s what makes it fun,” he said.

Manuel is featured in the new movie “Secrets of the Universe”, which is getting its Sacramento premiere at the Museum of Science and Curiosity.

The professor leads a team of UC Davis researchers who are trying to shed light on the fundamental particles that were produced micro-seconds after the Big Bang.

“What we are creating is the hottest matter that was created since the beginning of the universe,” Manuel said.

In the documentary, the professor gives viewers an inside look at the Large Hadron Collider, a 16-mile ring of scientific instruments buried underground on the Swiss-France border that is used to smash atomic particles together, then study the results.

“One of the reasons I was so excited to do this movie was because not everybody gets the chance to sit in the hall and see the five-story detector,” Manuel said.

The movie is being shown in the museum’s 46-foot wide, 4K, full-dome theater.

“To get that ‘holy cow’ kind of feeling, this is the right medium,” Manuel said. “This is the second-best thing to actually being there.”

It’s a film about the most complex machine ever built by man featuring one of the top scientists in the Sacramento region.

“Through films like this, we hope that people realize there’s all this fantastic research being done at UC Davis,” Manuel said.

The Large Hadron Collider just restarted last month after undergoing three years of maintenance and upgrades. The film opens to the public at the museum later this month.