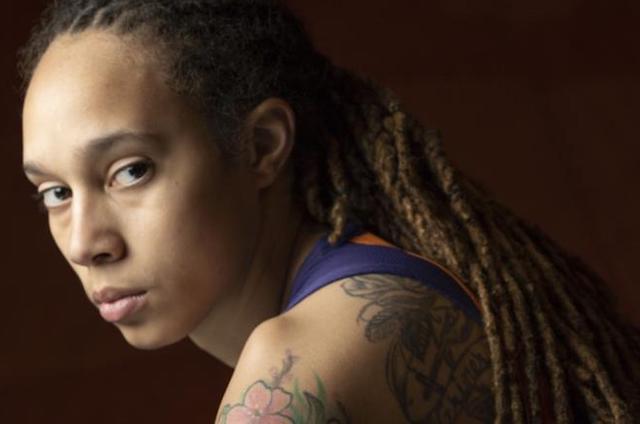 With Shaquille O’Neal, the Warriors star recently signed on to executive produce ‘The Queen of Basketball’

It’s hard to know whether Steph Curry’s 11th hour support for the documentary short film, “The Queen of Basketball,” helped it win an Oscar Sunday night, but in accepting the Academy Award, the film’s director Ben Proudfoot was eager to highlight its celebration of female athletes and to call attention to the plight of WNBA player Brittney Griner, who was detained in Moscow shortly before Russia’s invasion of Ukraine.

Proudfoot directed his call to action all the way to the White House, imploring  President Joe Biden to “bring Brittney Griner home.”

Her detention has come during harrowing times in Russia’s relations with Europe and the United States. On Feb. 24, Russian President Vladimir Putin invaded Ukraine, provoking the largest war and humanitarian crisis in Europe since World War II. Last week, the U.S. State Department insisted that the Russian government provide consular access to detained U.S. citizens, including Griner, Sports Illustrated said. A State Department spokesperson confirmed that officials met with the WNBA player and said she was in “good condition.”

Meanwhile, Proudfoot Sunday night expressed pride in “The Queen of Basketball,”  which tells the story of Lusia ‘Lucy’ Harris, a pioneering player in women’s basketball in the 1970s who was the first and only woman to ever be drafted by the NBA. Holding up his gold Oscars statue, Proudfood said: “If there was ever any doubt about whether there’s an audience for female athletes, let this be an answer.”

Earlier this month, Curry signed on to be executive producer of “The Queen of Basketball, which Proudfoot made for the New York Times Ops-Doc series of short documentaries.

Curry joined another NBA legend, Shaquille O’Neal, in lending his name to the project. Curry and O’Neal are among more than a dozen listed producers and executive producers on the film, and he joined late in the game, after it premiered at the 2021 Tribeca Film Festival and began streaming on the New York Times’ website and YouTube.

Curry’s participation in the project made headlines in the Hollywood Reporter, with O’Neal releasing a statement, saying: “Stephen Curry is one of the NBA’s most iconic players whose voice speaks volumes on and off the court. I’m thrilled to have him join the team to help immortalize Lusia Harris, aka ‘The Queen of Basketball.’”

Curry’s role as executive producer apparently is to help publicize the film with his Unanimous Media production company.

“We’re honored to join the talented team behind ‘The Queen of Basketball’ and play a role in uplifting the story of the trailblazing Lucy Harris,” Curry and Unanimous Media co-founder Erick Peyton said in a statement. “Lucy, a true pioneer in the game of basketball and an inspiration for many, deserves to be recognized for her achievements. Through this compelling short subject documentary, her legacy will continue to live on and impact audiences all over the world.”