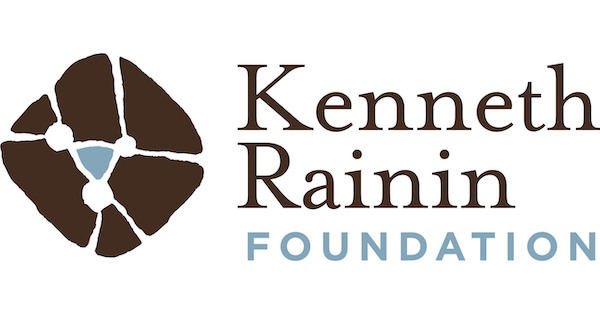 From a performance collaboration that highlights the stories of Indigenous and Latina immigrant women to participatory public art installations with a focus on collective healing, the 2022 Rainin Fellows mobilize their disciplines to innovate new modes of communication and connection.

The 2022 Rainin Fellows are: NAKA Dance Theater, Ryan Nicole Austin (theater), Brett Cook (public space), and Maria Victoria Ponce (film). Each receives an unrestricted $100,000, plus supplemental professional support, designed to amplify the impact of the grant, both for them and the community.

The fellowship announcement describes each of the recipients:

— NAKA Dance Theater uses movement as a means to connect and heal, exemplified by their collaboration with Mujeres Unidas y Activas which highlights stories of Indigenous and Latina immigrant women.

— Grammy-nominated Theater Fellow Ryan Nicole Austin has led a wide range of productions with a focus on the intersection of art and activism.

A polymath who finds her most fulfilling experiences at the intersection of art and activism, Austin has led productions as an actress, director, and playwright at theater companies throughout the Bay Area. She is a writer and producer on the developmental teams for the upcoming musicals Curren$y and CoFounders, and streaming series American (G)race. She has been featured on TEDx San Francisco and ESPN’s NBA at Christmas with Daveed Diggs and has performed for Google, Sony, LinkedIn, Apple, and Barack Obama.

Recognized for a history of socially relevant, community-engaged projects, he was selected as cultural ambassador to Nigeria as part of the US Department of State’s smARTpower Initiative. His work is in the collection of the Smithsonian/National Portrait Gallery, Walker Art Center, and the Studio Museum of Harlem.

— Fremont-based filmmaker Maria Victoria Ponce’s script Washing Elena is on the Black List’s inaugural Latinx List, and her work has been screened at film festivals across the country.

The San Francisco Bay Area film writer and director’s work navigates the complexities in the routine lives within poor and working-class neighborhoods: themes of immigration, sexuality, and coming of age. Ponce is a fellow at Cine Qua Non Lab, National Association of Latino Independent Producers (NALIP) Latino Media Market, and Latino Screenwriting Project and an artist resident at SFFILM FilmHouse. She was a finalist for Tribeca/AT&T Untold Stories 2019 and has received grants from PBS’s The Latino Experience and The Berkeley Film Foundation.

The Rainin Fellowship describes itself as “a new model that could offer a blueprint for other foundations across the country. By pairing Rainin’s deep understanding of the local community with a national organization’s perspective and expertise working with artists, this Fellowship exemplifies Rainin’s commitment to supporting the Bay’s local creative ecosystem.”