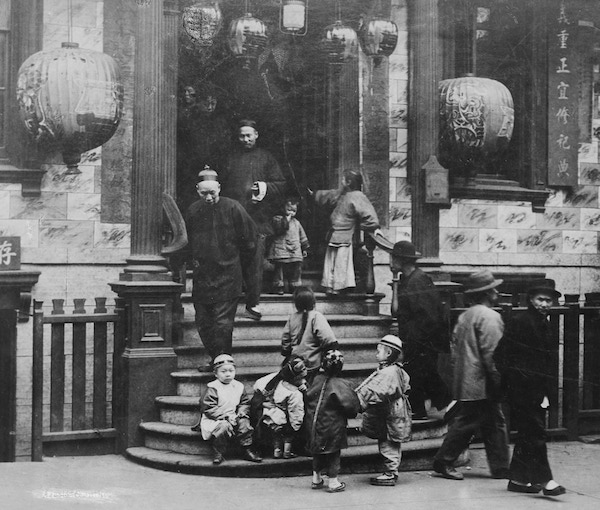 When the bubonic plague reached San Francisco’s Chinatown in 1900, it prompted a racial panic — and helped push science forward.

“American Experience: Plague at the Golden Gate,” premiering Tuesday on PBS, tells the seemingly contradictory, and all too timely, story.

It began in a city that had the nation’s largest Asian population and was a center for international trade. In 1900, an epidemic of plague raged in East Asia, and Marine Hospital Service bacteriologist Joseph Kinyoun identified the first case in the United States in a Chinese immigrant named Wong Chut King.

It was the first time the Black Death had reached the continent, and it prompted a racist crackdown on San Francisco’s Asian population. Quarantines, fumigation, searches — all focused on Chinese immigrants and fueled by misguided beliefs about the cleanliness and worthiness of Asian immigrants.

Kinyoun was convinced Chinese people were spreading the plague. But his successor, Rupert Lee Blue, suspected the plague wasn’t a matter of immigrants, but of rats — and, in a race against time, the future surgeon general tried to stop the plague from spreading.

It’s a story of private deals, public health measures, corruption, fear and even the 1906 San Francisco earthquake. And along the way, filmmaker Li-Shin Yu tells the poignant and cautionary tale of how discrimination and scapegoating can spread as quickly as plague itself.

The film chronicles how the Chinese community successfully fought back against the draconian public health measures — and shows what kinds of scientific innovation and successful steps forward can occur when health officials work with marginalized communities.

The film rings especially true in an age of increased violence toward Asian American communities, which are still reeling from panic surrounding the origins of the virus that causes covid-19. The real plague, the movie suggests, is racism — and hatred can both color, and interfere with, public health efforts.

“Plague at the Golden Gate” will air Tuesday on PBS stations nationwide and on PBS’ online and app platforms.