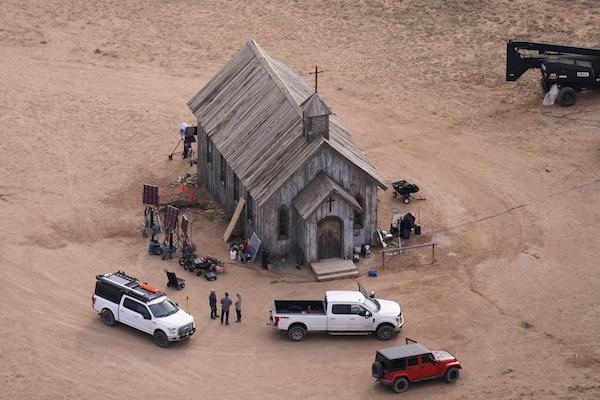 SACRAMENTO, Calif. (AP) — New rules about how and when actors can use guns while filming failed to pass the California Legislature on Thursday just months after a gun actor Alec Baldwin was holding went off and killed a cinematographer on a movie set in New Mexico.

Democrats in the state Legislature had filed two bills in response to the tragedy, which killed cinematographer Halyna Hutchins and wounded director Joel Souza.

With competing proposals, Democratic state Sen. Anthony Portantino, chair of the Senate Appropriations Committee and the author of one of the proposals, said he “strongly urged” entertainment industry groups to “work collaboratively to bring forward a consensus approach.

But no one did. Thursday, Portantino decided to hold both bills in committee, meaning they are unlikely to pass the Legislature this year.

“It’s a powerful and ruthless industry. First the industry killed Halyna. Then they killed the bill that would’ve made people like her safe,” said state Sen. Dave Cortese, a Democrat who authored the other proposal. “Despite setbacks, I’m committed to real reforms that will protect our workers.”

Cortese’s bill would have banned the use of guns and blank ammunition containing gunpowder or other explosive charges from film sets, with some exceptions. It also would have required producers to hire a set safety coordinator to perform a risk assessment prior to the first day of filming and to enforce safety rules throughout the production.

Portantino said he was “extremely disappointed” entertainment industry groups failed to reach a consensus on the legislation.

“Should there be an agreement forthcoming, I’d be willing and eager to entertain it before the end of the legislative session,” he said.

Portantino’s bill was supported by the Motion Picture Association while Cortese’s bill had the support of the California International Alliance of Theatrical and State Employees Council. Neither returned messages from the Associated Press on Thursday.

The Alliance of Special Effects and Pyrotechnic Operators opposed Cortese’s bill, writing in a letter to lawmakers that it “would not have prevented this tragedy that occurred in another state” but said it would “negatively impact motion picture productions here in California.”

The fatal shooting happened during filming of the Western movie “Rust” on a film set in New Mexico last October. Baldwin, who was an actor and producer for the film, was pointing a gun at Hutchins, the cinematographer, while preparing for a scene inside a small church when it went off. Baldwin said he did not pull the trigger and that Hutchins had told him to point the gun at her, according to an interview with ABC News in December.

New Mexico safety regulators fined the film production company $137,000 for firearms safety failures. Hutchins’ family has sued Baldwin and the film’s other producers, one of multiple lawsuits filed in connection with the shooting.

The bills were two of hundreds of proposals that failed to pass on Thursday ahead of a Friday deadline for bills to pass the appropriations committees in the state Senate and Assembly.

Other bills that failed included a proposal to terminate oil and gas drilling in state waters, a plan to borrow $7.4 billion for various drinking water and wildfire prevention projects, and a program that would have awarded grants to convert public golf courses into affordable housing.