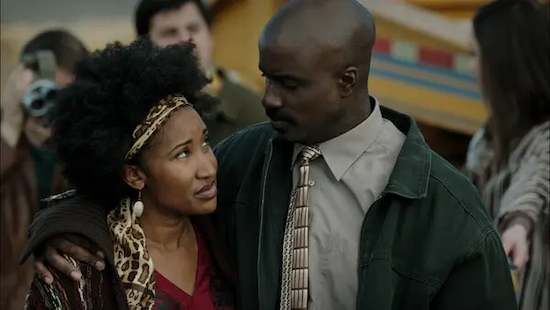 The movie is based on a true story from January of 1971, when two oil tankers collided under the Golden Gate Bridge and spewed 800,000 gallons of oil into the water, causing an environmental disaster.

But this disaster meant opportunity for Charlie Walker, a black trucker who up until that point couldn't get any work. As a result, he got the contract to lead the cleanup effort at Stinson Beach – one of the least desirable and most challenging operations at the time.

"Typical Charlie Walker – he saw an opportunity and took advantage," said former San Francisco Mayor Willie Brown. "It was a time period that was quite dramatic for those of us who lived in the city, who were part of the city, and for people like Charlie Walker."

Brown was good friends with Walker then and that remains the case today. He also has a role in the film.

"I cannot wait for it, I'm looking forward to it," Brown said.

The film portrays a San Francisco that looks drastically different than it does today.

"As he was trying to clean the beach, they were trying to get him out of there because he was not the face or the figurehead that they wanted to see at the clean-up," said writer and director Patrick Gilles. "This was a snapshot of one person's life who dealt with the monumental task of cleaning up an oil spill in 1971, but also, dealing with racial discrimination at the time."

Gilles says he had 'great source material' to write from, and input and insight from Walker himself throughout the process.

"Charlie was incredibly involved in the storytelling, the script, when we were shooting in principal photography, then all of the edits thereafter. He was super, super involved. He was a great boss, and I liked working for him," he said. "It's a bit of a history lesson, but it's also just a nice story about one person's struggles. A snapshot in their life. Hopefully, it'll be moving for some people to see it."

"I'm Charlie Walker" has its world premiere at the Roxie in San Francisco for a sold-out screening with the cast and crew present Friday night. There will also be a screening and post-film Q&A in San Rafael on Saturday at the Smith Rafael Film Center at 7 p.m.