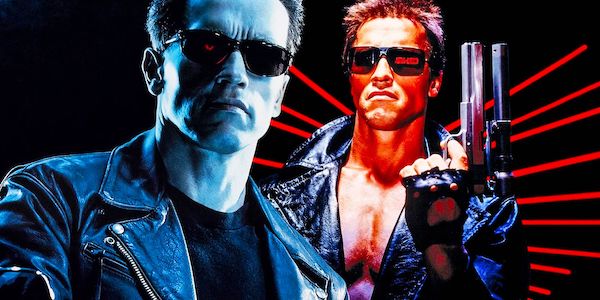 The Arnold Schwarzenegger story is a remarkable and rare success story of the American Dream, and a fascinating journey for a huge movie star.

Arnold Schwarzenegger is one of the most recognizable celebrities on the planet and has been for several decades. But long before he was a Hollywood A-lister and Governor of California, he was a successful and celebrated bodybuilder who made smart investments to secure his future. Schwarzenegger knew he wanted to be an actor not long after he arrived in Los Angeles. He was savvy enough to realize the low rate of success most aspiring actors attain. It didn't matter how much he wanted to act or how good he was — the fact is that the kind of superstardom he eventually receives is akin to lightning in a bottle and a whole lot of luck, being in the right place at the right time.

Schwarzenegger's journey to Los Angeles started in Thal, Austria in 1947. He started lifting weights when he was 15 as a means to raise himself out of the poverty he grew up in and realize the dream of moving to the United States that he'd had since he was 10. Schwarzenegger's journey from poverty in Austria to becoming one of the most celebrated weightlifters in history, to A-list Hollywood actor to Governor of California, and back to acting is a fascinating one full of twists and turns. Remember — he was married to a Kennedy. It's not far-fetched to say Schwarzenegger has truly lived the American dream. Let's dive into how he achieved it all.

Arnold Schwarzenegger Grew Up In Poverty

Arnold Schwarzenegger was born on July 30, 1947, in Thal, Austria to Gustav and Aurelia Schwarzenegger. His dad was the local chief of police and in 1938 joined the Nazi Party and the SA (the Sturmabteilung), serving as a military policeman during World War II. Schwarzenegger's parents were very strict. He said, "Back then in Austria, it was a very different world ...if we did something bad, or we disobeyed our parents, the rod was not spared." The family was poor, and in the years after the end of World War II endured food shortages and riots. The Schwarzenegger family did not have electricity or hot water in their home.

In an interview with NPR, Schwarzenegger said, "And we lived in this little house, and there was no food. It was really my mother had to go out and beg for food when she went from farm to farm and beg for food ... it was really horrible." This made an impact on young Arnold and inspired him to "get out of that village and become the best in something."

Bodybuilding Was Arnold's Way Out Of Poverty

Growing up, Arnold Schwarzenegger was a good athlete. In his NPR interview, he said, "I was involved in so many different sports, trying to search what it is that I'm good at because I always felt like it's through athletics I could get out of the country and become somebody." Eventually, he found his way to bodybuilding, and it inspired him. He started bodybuilding at 15 and at 17, began his competitive career. In 2001,he said during a speech at Sacramento Metro Chamber's annual "Perspectives" event:

My own plan formed when I was 14 years old. My father had wanted me to be a police officer like he was. My mother wanted me to go to trade school. But me - I wanted to find my own passion - something I could excel in - be great in! One day, I saw a magazine in a store window. The cover showed a muscle man in an ancient warrior costume, posing like this... It said, 'Mr. Universe Now Starring In Hercules Movie...' I bought that magazine. It turned out that Hercules was an English guy who'd won the Mr. Universe title in bodybuilding, and parlayed that into a movie career - then took the money and built a gym empire... I had my role model! If he could do it, I could do it! I'd win Mr. Universe. I'd become a movie star. I'd get rich. One, two, three - bing, bang, boom! I found my passion. I got my goal.

In 1967, Schwarzenegger became the youngest man to ever win Mr. Universe. He won the Mr. Olympia title, the most important award in bodybuilding in 1970, and from that point won the annual award six times in a row.

Schwarzenegger moved to the U.S. in 1968. He was known as Arnold Strong at the time and his physique caught the eye of the film industry. His first film role came in 1969, with Hercules in New York. He became friends with artist Andy Warhol who introduced him to Hollywood players like James Caan and Woody Allen. In 1977, he won the Golden Globe for Best Acting Debut in a Motion Picture for Pumping Iron. Then, in 1982, his film career took off with Conan the Barbarian (and 40 years later, he's still in talks to make King Conan). He followed that up in 1984 with his career-making role in The Terminator, Schwarzenegger's iconic character.

Before Arnold became a famous actor, he had a realization that most aspiring actors don't ever make it big. He noticed that many of his contemporaries were renters and lived paycheck to paycheck. He grew up poor, so he had no interest in revisiting that. Schwarzenegger had a bit of money from his bodybuilding contest wins, a mail-order bodybuilding catalog he operated for a time, and the movies he'd been working on. He took the modest amount of money he'd amassed and invested it in real estate.

He bought apartment buildings, condos, and office buildings in Los Angeles in the 1970s when real estate was still relatively affordable. For example, one Los Angeles building he bought for $450,000 he was able to sell many years later for $2.3 million. In other words, where other aspiring and/or just starting out actors didn't have two pennies to rub together, Schwarzenegger was already a millionaire from his real estate investments.

In August 1977, Arnold Schwarzenegger met Maria Shriver, the niece of President John F. Kennedy at a tennis tournament honoring her uncle Robert F. Kennedy. Schwarzenegger was dating a Beverly Hills hairdresser's assistant named Sue Moray at the time, and he continued to see both women (with their knowledge) until Moray eventually gave him an ultimatum.

Schwarzenegger and Shriver married on April 26, 1986, at St. Francis Xavier Catholic Church in Hyannis, Massachusetts. The couple has four children: Katherine (1989), Christina (1991), Patrick (1993), and Christopher (1997). The family resided in a mansion in the chic Brentwood neighborhood of Los Angeles. Schwarzenegger's career only continued in the 1990s, with hits like Kindergarten Cop, Junior, and True Lies revealing his funny side, and some of his best moments in the Terminator franchise coming with T2: Judgment Day.

He Became Governor of California, or Governator

Arnold Schwarzenegger, a registered Republican won the 2003 California recall election when the state opted to recall then governor Gray Davis. He announced his candidacy on The Tonight Show With Jay Leno. The media started calling him the Governator and The Running Man, after some of the best Schwarzenegger movies. Additionally, the election cycle was called Total Recall after another one of his movies. He beat Davis to become the second-foreign-born governor of California on October 7, 2003.

Schwarzenegger ran for a second term as Governor of California in the 2006 election and beat his Democrat challenger Phil Angelides by more than one million votes.

Arnold Schwarzenegger and Maria Shriver ended their marriage after 25 years in May 2011. Just a few days later, the Los Angeles Times revealed that the actor had fathered a son with an employee of his household, Patty Baena, 14 years earlier. He told the newspaper that he didn't reveal this fact to Shriver until a decade after his son with Baena was born and he had officially left the Governor of California's office. However, it came out that he admitted to it only after his wife confronted him with it after confirming the affair and child with Baena. She had worked for the Schwarzenegger/Shriver household for 20 years. Her son with Schwarzenegger, Joseph, was born five days after Christopher, his youngest child with Shriver in 1997.

He Returns To The Silver Screen

Arnold Schwarzenegger had planned to return to acting after his second term as Governor of California ended in 2011 but his divorce and the resulting media frenzy led him to decide to put those plans on pause temporarily. In 2012, he starred in The Expendables 2 and The Last Stand and Escape Plan in 2013. In 2014, he starred in Sabotage and The Expendables 3, and reprised his iconic role with Terminator Genisys in 2015 and Terminator: Dark Fate in 2019.