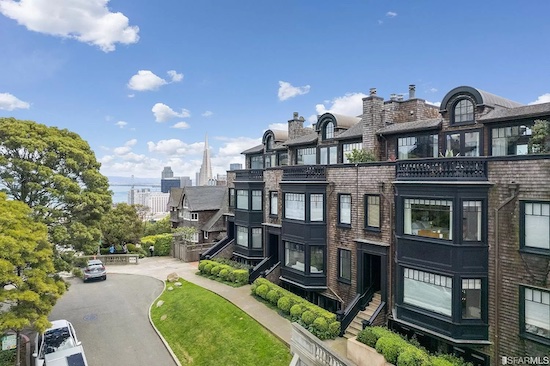 A picture-perfect California home with downright insane views of San Francisco from the iconic Russian Hill neighborhood has listed for $4.2 million. If the 2,611-square-foot residence looks familiar, it’s because it was featured in “The Matrix: Resurrections,” which premiered in 2021. However, none of the actors stepped foot in the actual home, according to a news release. A 3D model of the living room was scanned by the production team and computer generated from it. Many other San Francisco locations were featured in the fourth “Matrix” film as well.

The Bay Bridge, Treasure Island and the downtown skyline are just three of the spectacular views the three-bedroom, 2.5-bathroom home boasts. The recently rejuvenated house has been “accented with such timeless elements as bay windows, hardwood floors and classic moldings, cabinetry and trim,” the listing on Sotheby’s International Realty says. High-end amenities in and around the house include: Fireplace, Built-in bookshelves, Balcony, Discreet laundry closet, Spa-inspired primary bathroom, Two-car garage, Elevator

The condominium “shares a building with only five other stylish homes,” according to the listing held by Caroline Werboff and David Werboff of Sotheby’s International Realty. A contract is pending on the home built in 1998.