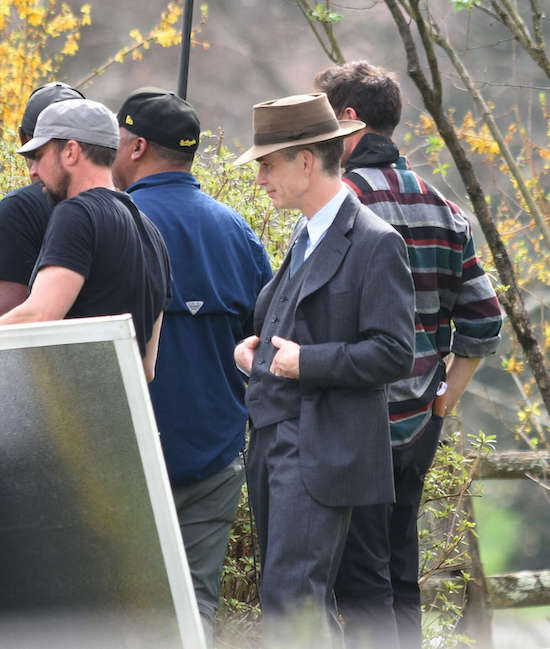 UC Berkeley was buzzing on Friday afternoon as a wedding, department graduations and a massive Hollywood production happened simultaneously on campus.

Filming for Christopher Nolan's star-studded "Oppenheimer" took over the heart of campus. The biopic, based on the Pulitzer Prize-winning "American Prometheus," details the life of physicist Robert Oppenheimer. Oppenheimer taught at UC Berkeley from 1929 to 1943 — his office was on the third floor of LeConte Hall — before leaving for Los Alamos in New Mexico, where he helped the U.S. government develop the atomic bomb as part of the Manhattan Project.

Filming took place primarily up Campanile Way, the road leading to the Campanile and Oppenheimer's old stomping grounds in LeConte Hall. Murphy was seen shooting outside Wheeler Hall and the main library, which was outfitted with new lampposts for the occasion.

By late afternoon, shooting had wrapped, and by Saturday morning, crews were packing up the many plants left scattered around campus.

"Oppenheimer" is expected to hit theaters in 2023.