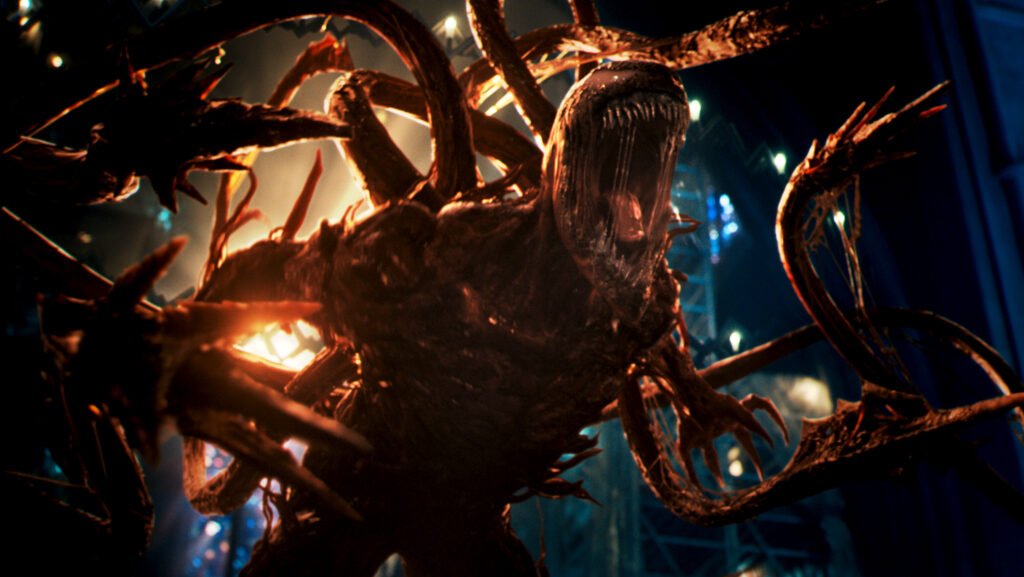 Carnage is a symbiote who shares a body with a serial killer played by Woody Harrelson in “Venom: Let There Be Carnage.”Photo: Sony Pictures Entertainment

“Venom: Let There Be Carnage,” the sequel to 2018’s hit comic book movie “Venom,” tears up the Bay Area with gory glee — and that’s partially due to new director Andy Serkis. The shape-shifting master of computerized performance capture, who has played indelible screen characters in film franchises such as Gollum from “Lord of the Rings,” “Planet of the Apes” leader Caesar and “Star Wars’ ” evil Snoke, is as enthusiastic about dark destruction as he is about his love for San Francisco.

Serkis recently moved into directing with the English heritage drama “Breathe” and “The Jungle Book” adaptation “Mowgli: Legend of the Jungle.” So Serkis felt more than ready when “Venom” star and fellow Brit Tom Hardy asked him to direct his second outing in the dual role of Marvel’s goopy, toothy symbiote and investigative reporter Eddie Brock, whose body the alien antihero shares.

After filming interior shots and other scenes for “Carnage” near London, the production moved to San Francisco for a month’s worth of exteriors in early 2020 before the pandemic hit. Serkis spoke with The Chronicle by phone from New York about the great time he had bringing “Carnage” to the Bay Area. 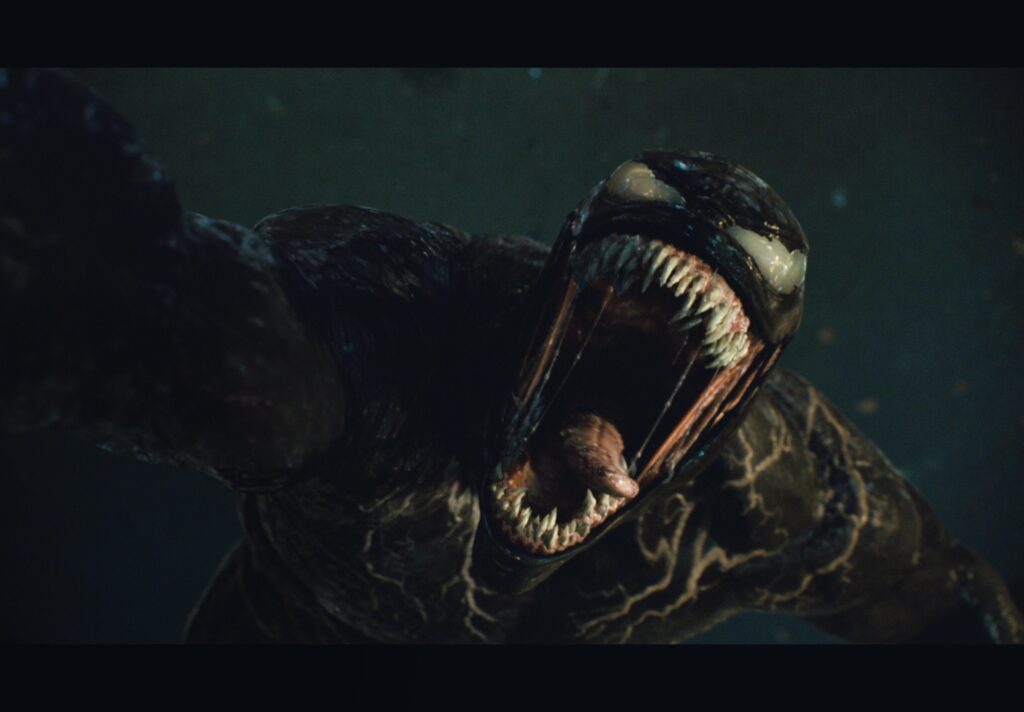 Venom is a symbiote that shares a body with Tom Hardy’s Eddie Brock in “Venom: Let There Be Carnage.”Photo: Sony Pictures Entertainment

Q: How did you want to distinguish the sequel from “Venom”?

A: The story that I inherited from the first movie is that, two years down the line, we’re beginning to see an odd-couple relationship blossoming. It was a really enjoyable phase of the story arc to come into. So we tried to mine the relationship between Eddie and Venom, who can’t live with each other but can’t live without each other.

And you’ve got the psychology of Cletus Kasady — the serial killer that Woody Harrelson plays — but then amplified through Carnage, the symbiote who comes out of him. So my challenge was to create a movie that was always going to be a fast-moving roller-coaster ride, but with a lot of in-depth character, psychologically and emotionally underpinned.

Q: How was filming in the Bay Area for you and your crew?

A: We had a ball. We shot there for about three or four weeks. It was the last part of the shoot; we’d been filming in the U.K. at Leavesden studios. We ended up in San Francisco right in the middle of winter, three weeks before COVID shut everything down, so we were lucky to finish up there.

I love San Francisco as a city. I mean, who could not? It’s such a brilliant blend of architecture, positioning, geography, culture … it’s no wonder it’s one of the most-filmed cities on the planet. 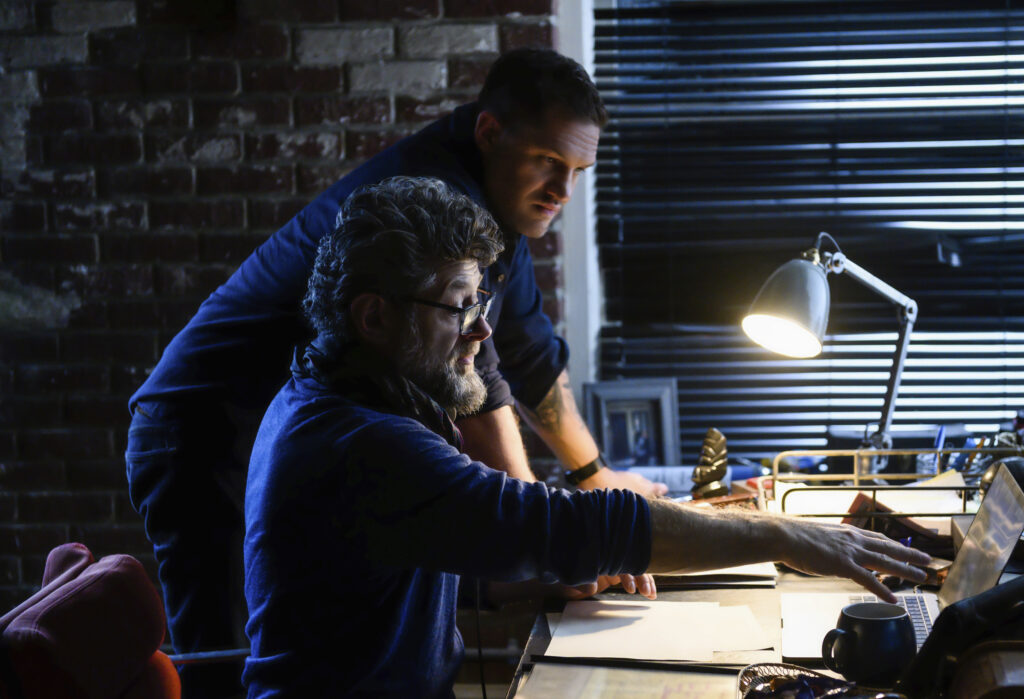 Q: What places did you film at in the city?

A: We shot in the Tenderloin District, which is of course where Eddie’s flat is. I can’t be street specific, but we shot a lot in the area. … Woody’s character gets tracked down and caught there. Gunshots were fired, and it was all crazy — that’s movie gunshots I’m talking about.

We shot on top of Coit Tower. It was amazing! It’s such an incredible structure, and all of those murals on the inside of it. In the arches right at the top, that’s where we filmed Tom Hardy on the run from the police and also trying to hunt down Carnage.

We erected a statue of Cervantes, the author of “Don Quixote” — the statue of Don Quixote and Sancho Panza are in the movie, referencing the story — right in front of the Palace of Fine Arts. I’m not entirely sure where the real statues are in San Francisco (Editor’s note: It’s located in Golden Gate Park), but we moved it. Venom and Eddie come together at the Palace of Fine Arts and realize they are a perfect match, just like Sancho Panza and Don Quixote.

For the climactic fight at Grace Cathedral, we shot all of the exteriors in the actual place on top of Nob Hill, which was amazing. We had a few nights up there, shooting all the exteriors. Obviously, they blend into the CG world, but all of the plates were shot up there, and the exterior front and big rotunda window. It’s beautiful.

Q: And you turned the Anchor Brewery into a police station?

A: That’s right! That was very successful, and it looks great in the movie. We’d seen a number of other locations, but I fell in love with it as soon as I saw it. Just the positioning of it, and it’s such a great, great building. It’ll be pretty unrecognizable because it’s got police insignia all over it and police cars outside. You really wouldn’t know it’s a brewery.

Q: You also shot at a local prison, right?

A: One of the main places we shot was San Quentin. Considering it’s a major prison, they were so super-friendly and made it a joy to shoot there. A lot of the staff were actually featured in the picture, which we’re really pleased about. They’re really good actors as well! 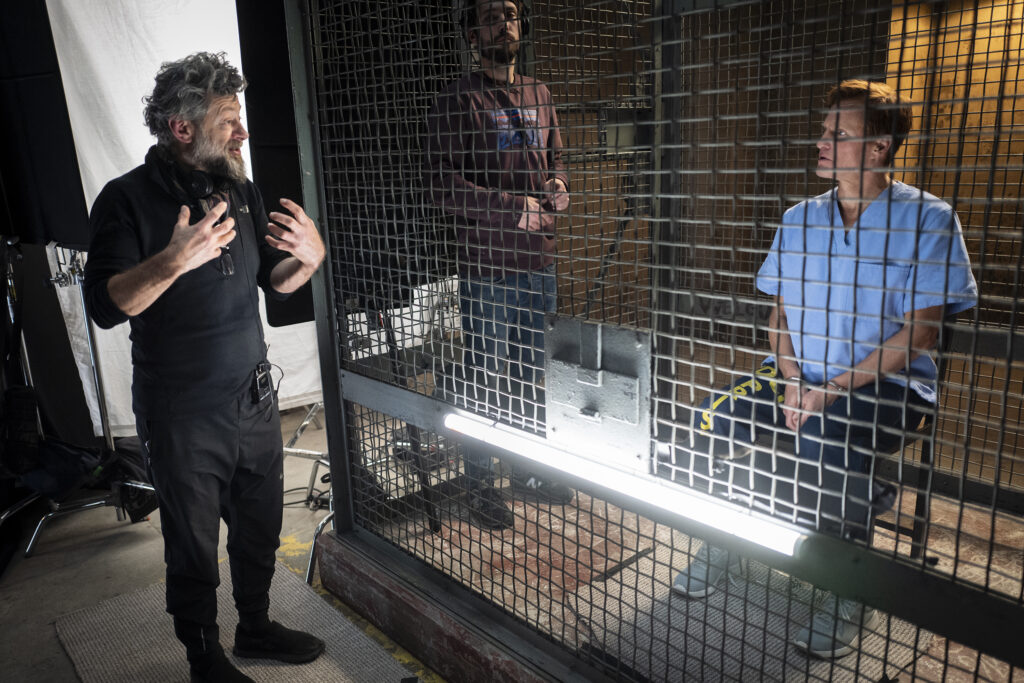 Q: Tom Hardy asked you to direct the sequel?

A: Yes. I think it made great sense. We’re very similar in that we approach roles and subjects that tend to be dark, edgy, outsider characters. Tom wanted someone who would appreciate and understand and create the right atmosphere for a fellow actor to work in that way.

Q: How did your performance-capture background inform how you directed Tom and Woody in this?

A: We didn’t use motion capture in other than the early experimental phase in finding ways to create a physicality for Carnage. Tom had a very specific methodology anyway, which was recording the voice of Venom and then acting with that in an earpiece. But it was really creating the right atmosphere where you’re finding ways of making these creatures believable and adding a level of reality to them in the CG process. To make it easier to act with, if you like. 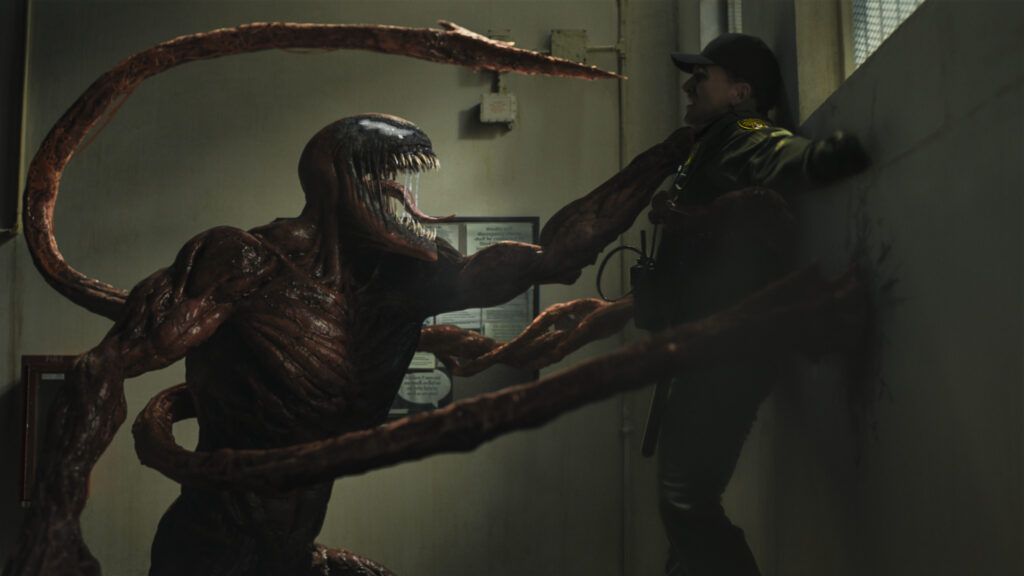 The pandemic gave the makers of “Venom: Let There Be Carnage” more time to hone the visual effects.Photo: Sony Pictures Entertainment

Q: I think Oct. 1 is the fifth announced release date for “Carnage.” All movies have gone through similar uncertainty during the past year and a half, but have the delays taken a toll on you?

A: Yeah, to a certain extent. Although I have to say, much as COVID has been a very difficult time — and we spent the entire postproduction on Zoom, basically — the one silver lining is that we had more time to spend on honing the visual effects.

Q: You’re playing Alfred Pennyworth in next year’s “The Batman” movie, and, even though he’s been killed, Ulysses Klaue from “Black Panther” keeps popping up in Marvel shows. But where would you like your career to head now between acting, directing, mo-capping or whatever?

A: I’m actually developing projects that I’ve wanted to do for many years, so there are at least three movies which I’m desperate to make.

I do want to continue acting, and I want go from one to the other. I love the change of muscles, burying myself entirely in one character and, equally, I’m really loving the process of helming, working with themes and bringing stories to life with talented, wonderful filmmakers.