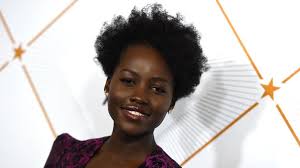 As Hollywood commits to featuring more Black actors on camera, another question arises: What is being done about the support staff around them — and particularly in the hair and makeup trailers?

When “The Bold Type” star Aisha Dee posted a letter on Instagram on July 15 detailing her experience as a biracial woman in Hollywood — using the moment to “demand better and more authentic representation both in-front-of and behind the camera” — she joined a chorus of voices speaking out about the lack of diversity in a specific part of the industry: the hair and makeup department.

“It took three seasons to get someone in the hair department who knew how to work with textured hair,” wrote Dee — who wears her hair in a kinky, curly style to play Kat Edison on the Freeform series.

“I want to make sure that no one else ever has to walk onto a set and feel as though their hair is a burden. It is not.”

Dee is certainly not the first actor of color to share these sentiments. Black actors in particular have been speaking up about conditions in the hair and makeup department for decades, with stars like Nia Long revealing that she would carry extra makeup shades in a Ziploc bag to set just in case the makeup artist didn’t have her shade.

But with Hollywood now taking stock of its history of systemic racism and looking for ways to improve diversity across the industry as it embraces the Black Lives Matter movement, the actors, hairstylists and makeup artists at the center of the problem have become even more vocal, with the expectation that someone will finally listen.

She adds, “There are talented people of all colors who are capable of doing the job. [But] I don’t want to have PTSD walking in seeing a white woman there to do my hair when I know I’m going to have to explain myself to her. And that’s going to turn into another thing, if she doesn’t like my tone or she’s thinking that I’m trying to tell her how to do her job.”

Unfortunately, it’s not that simple.

“The producers [and] employers are the sole authority on hiring, employment and terminations,” says Julie Socash, president of the Make-Up Artists & Hair Stylists Guild (IATSE Local 706).

Actor Ryan Michelle Bathe recently replied to a Twitter thread, started by Oscar-winning director Matthew A. Cherry, which asked how the industry planned to ensure inclusivity in the hair and makeup department as it increases representation on-screen. Bathe shared that she “was once told by a union hair stylist that they ‘couldn’t pay him enough to do my hair.’” She said in her tweet that she had to have her hair professionally straightened every Sunday at her own expense while working on the project (Bathe declined to specify the title of the show). 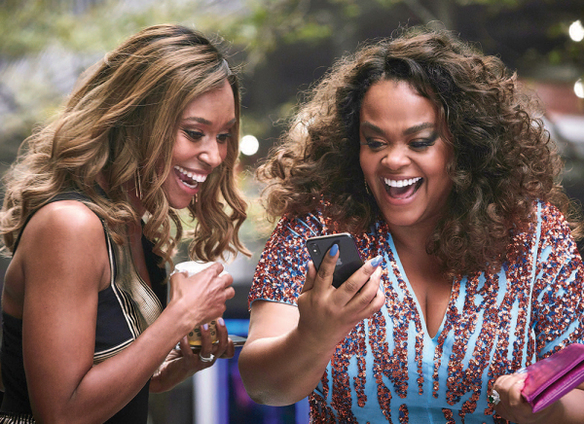 When this incident occurred in late 2004-05, Bathe tells Variety, she was working on a show for which her contract had a clause saying that if an actor had Black textured hair, the production was “not responsible financially or otherwise for your hair, and performers must come to set with it done.”

This is just one example of how Bathe has learned to manage Hollywood’s opinions about her hair, fielding pressure to swap her natural styles for weaves or wigs or having it chemically straightened in order to book roles. Bathe now wears her hair in its natural texture.

“For me, having natural hair was an act of revolution and defiance,” she says. “I don’t want to be responsible for another generation growing up and feeling like the only way to be beautiful and sexy is to have long straight hair.”

But on set, Bathe emphasizes that she’s “never been in a position where the hairstylist has not had more power than me.” On her latest series, BET’s “The First Wives Club,” Bathe says that showrunner Tracy Oliver was instrumental in the fight to get proper hair and makeup for her stars. Though Bathe wore a wig for the show, her experience working with the hair and makeup team at the start of the production was so disheartening that “I would go in my trailer and I would turn my face around because I could not look in the mirror because my makeup and my hair were so bad.”

The struggles extend to men in the industry as well. During Variety’s#Represent: Black Men in Hollywood roundtable with actors Jay Pharoah, Chris Chalk, Derek Luke, Algee Smith and Aldis Hodge, the group discussed the challenges of acting when you don’t look or feel your best. They also discussed how difficult it is to get their barbers into the hair and makeup unions, so they can cut hair on set versus the actor being forced to drive to them or to a hotel while on location.

“I would go in my trailer and turn my face around because I could not look in the mirror because my makeup and my hair were so bad.”
Ryan Michelle Bathé

“There is a consideration that is not given to Black men and women, when it comes to the hair and makeup trailer, of having Black cast members come on and giving them the environment to win, to thrive,” Hodge noted. “And when I ask about it [I say], ‘Why do you oppose? As opposed to doing your job to get the right person.’”

“The Neighborhood” star Tichina Arnold has also found her own methods of maneuvering through the hair and makeup trailer, saying she and her mother decided to chemically straighten her hair shortly after she began her career at 11 years old.

“I would do different shows and events, and literally, there was nobody of color that was able to do my hair,” Arnold says.

“A lot of people did not know how to do a nappy-headed little girl from Queens. Now that I’m a part of projects where people offer me the role instead of auditioning, it puts me in a better position, because now I’m like, ‘OK, you want me to do this, and I need this.’ So I always try get in people that I’m familiar with.”

Arnold has used such so-called star requests — when celebrities make a specific request for a stylist to do their hair and makeup — to get one of her personal hairstylists, Tash Jennings, on board for special projects or events, though Jennings is not in the union. That doesn’t always mean Jennings is permitted to work on set and, as a result, is no closer to earning the requisite amount of time necessary to get into the union.

To qualify for membership in Local 706, hair and makeup artists must have 60 days of non-union work, per year, for three years in a five-year time frame, or 30 days of union employment over a 12-month period on an organized production, lower-budgeted SVOD new media production, music video or TV commercial. Socash also notes that as a labor organization, Local 706 does not keep any records on its members’ race, ethnicity (or perceived race or ethnicity), country of origin, citizenship status, sexual preference, religion or other such data, but has made steps toward progress internally, pointing to a diversity committee recently formed in an effort to give union members a voice. Socash says that she has also encouraged members to take additional skills education courses in fields such as barbering, textured-hair and wig work and natural-hair care.

For many white artisans, such skills might be completely new. Celebrity hair stylist Ted Gibson — who isn’t a member of Local 706 — has not, as a Black artisan, had the luxury of being able to build a career without a complete toolkit.

“What I’m grateful for today is the fact that I have been able to carve out something of a career for myself,” he says. “And I truly believe how I’ve been able to do that is that I’ve had to be a hairdresser, not a Black hairdresser. And what I mean by that is that I have to do all kinds of hair in order for me to be at a certain level, and my white counterparts don’t necessarily have to.”