My Fondest Hope for ‘Man of Steel’

Thinking about the new Man of Steel  film from Warner Brothers and I realize they have a lot on the line. They have put a ton into marketing and it is clear the Studio is pinning a lot on this including a possible Superman, Batman team-up and a future Justice League franchise that could, if played well, rival Disney’s Avengers for Box Office supremacy in future years. A hit could be a major catalyst for Warner. A flop would be a huge loss for the studio and could even result in their losing the franchise as the family of the author has recently regained rights. 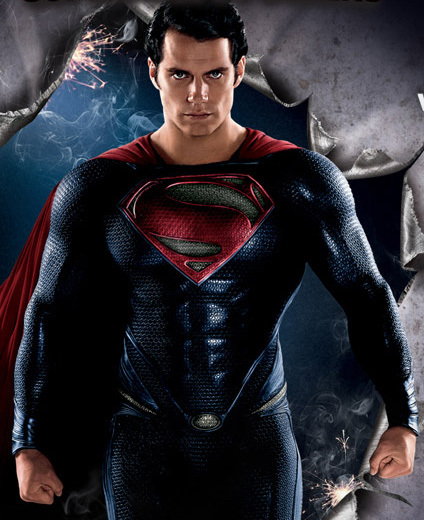 But the studio is not the only one with something riding on this, I am. I want the film to do well. Moreover, I want the film to BE WELL. You see, I have a confession. Superman, the movie is my favorite film. I know it sounds silly to some. A festival curator, who sees hundreds of films a year thinks this child’s comic book movie is the best of them all? Well, in a word, yes.

See, I saw Superman the Movie in Christmas 1978 along with everyone else. Of course, I’ve seen a lot of films in my life. I’ve loved a lot of genre and fantasy films:  Star Wars, Indiana Jones and a litany of amazing movies from Blade Runner to The Godfather series all hold special places in my heart. I can also deeply appreciate the works of classic directors like Howard Hawks, Kubrick, Giuseppe Tornatore and Billy Wilder. To be sure, there are many amazing moments in cinema history.

Still, my favorite film is Superman. Why? Certainly the film has its flaws, the turning back time sequence, Chris Reeve’s hairdo and well, I can go on. But there is something about the first Superman movie that for lack of a better description is… touched with magic. It is almost as if God came down and said “this shall be special”.

Why does the film work so well? For starters, it has perhaps the greatest score ever recorded. The acting is superb throughout, the visual aesthetic created by cinematographer Geoffrey Unsworth and the production design of John Barry is spectacular. There are perhaps 100 things the film does right. Some detractors may point to 100 things it does wrong and I certainly couldn’t argue. The effects are cheesy by today’s standards, the last act is very long, some of the performances are down-right campy. Yet and still, the film Superman is more epic, more sweeping and more mythic in its emotional truths than anything comic related  we’ve ever seen before or since. It certainly set the gold standard for comic book films and in my opinion has yet to be surpassed.

The phrase used to market the film was “You will believe a man can fly”, and this movie makes you believe it. Even more miraculous than the physical flight the movie achieved was the emotional flight. 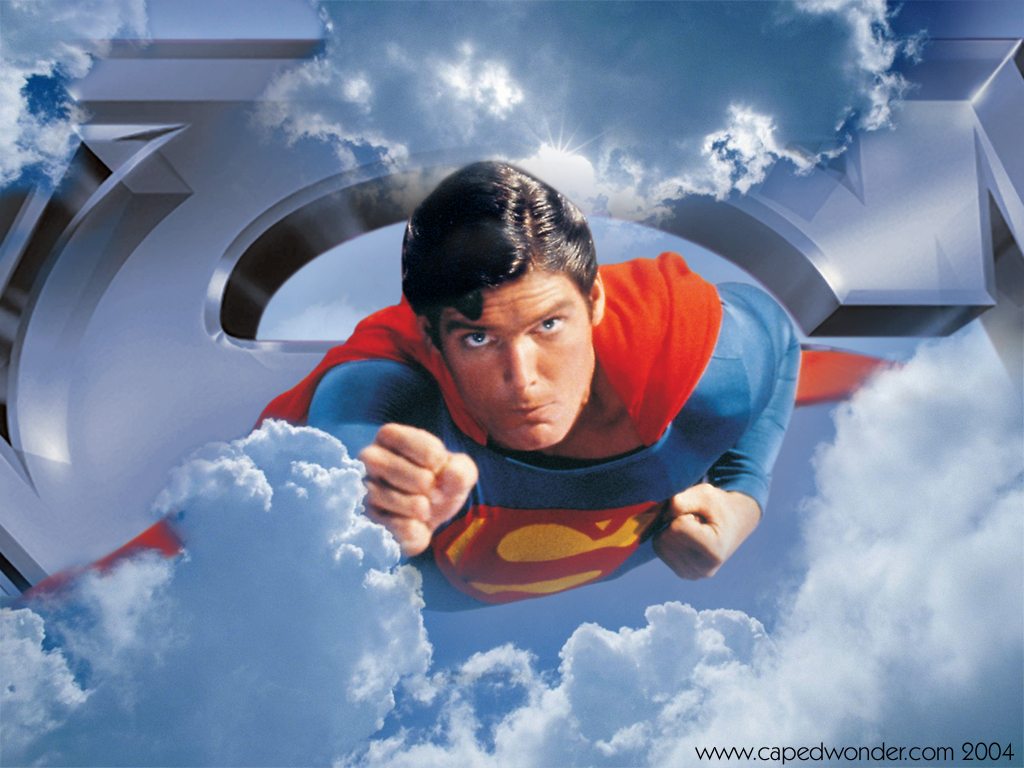 This film is quite literally the closest thing I’ve ever had to a spiritual experience in a movie theater. Why? I think Superman the Movie has something I’ve rarely seen in cinema or, for that matter, in life. It’s simply earnest.

Everyone knows that Superman is a big boy scout. Everyone knows he is the ultimate good guy. But in this overly cynical world, playing an emotion so basic as pure unadulterated goodness is something likely not to be believed. It’s almost unrealistic to imagine a character so “without sin” as Superman. What’s more, it’s almost impossible to imagine such a character that would not simply bore us to tears.  Yet Dick Donner and company played it so truthful, so earnest that you simply can’t help but fall in love with the character and with the film.

There probably isn’t an actor today who could deliver the line, “I believe in truth, justice and the American way.” And certainly there is no one who could then look us right in the face and follow that line with “I never lie”. Even in 1978, that very concept was so revolutionary, so heretical as to seem comical. Yet, thanks to Dick Donner’s verisimilitude and Chris Reeve’s amazing performance, we didn’t just believe Superman could fly, we believed WE could fly. The film is so downright truthful at its core that it is for me the single greatest representation of America on film I’ve ever seen. Perhaps it is an America we wish we could be.  But isn’t that the point? The character of Superman shows us not who we are but, who we wish to be. Jor El said it best while instructing his son. He said humanity wants to be a good people. “They only lack the light to show them the way”.

Many have compared the Superman allegory to that of Jesus.  For me, watching the movie Superman is certainly like going to church. Why?  When you see people at the altar, weeping, why do they weep? Is it because they are sorry they have sinned? No, I believe it is because they are grateful to know there is someone who believes in them anyway. Likewise, his ability to see the good in us is exactly is what makes Superman super. It’s not the powers. It’s the basic goodness of the man behind them. More specifically, it is his belief in our goodness, his willingness to fight any foe on our behalf, even when we are not ‘worthy’ that makes us love him so. How transformative. How utterly human:  to love someone in spite of every reason not to.  In Reeve’s performance we see the basic humanity of the “Christ”, a person that simply doesn’t see our faults but our greatest potential. Like in church, it’s not who we are but who Superman believes we can be. The film nails this concept of hope and charity so squarely that it gives the viewer the idea that he too is super. Just like going to church.

So what are my hopes for the new film on the eve of its release? My hope is that they capture the basic essence of the character. It certainly appears that the filmmakers “get it”. To what degree they get it remains to be seen. I don’t want them to simply ape the idea. I want them to nail it. I want to leave the theater flying, like I did the first time. Like I do every time I watch Superman the movie. In this snarky, self-aware world we live in, I’m not sure if that is even possible. Still, I say to the degree they capture the innocence that is Superman, they will win. To the degree they miss it, they will lose. And, if they lose, we lose. I want Superman in my world.