"[Warner Bros.] was there much thought given as to how this representation of limb differences would effect the limb difference community?!" wrote Paralympian Amy Marren on Twitter. 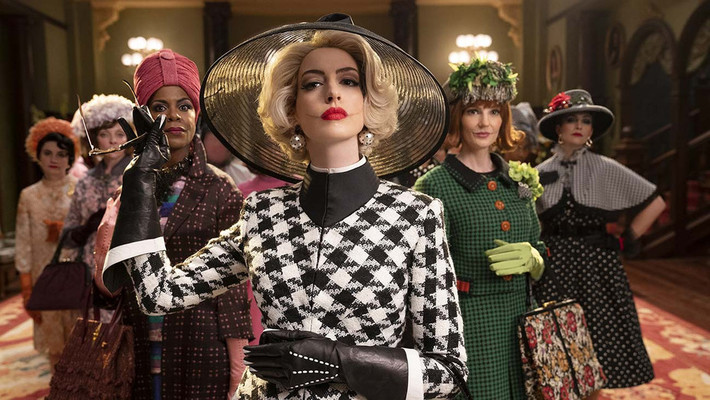 Warner Bros. has issued a statement saying the studios regrets "any offense caused" by a character design seen in recent release The Witches after online backlash from the disability community.

In the Robert Zemeckis-directed adaptation of the classic Roald Dahl children's book, the villainous witches, including the coven leader played by Anne Hathaway, are seen as having only three fingers. The design looks similar to ectrodactyly, also known as split or cleft hand, which is a limb disability that is the absence of one or more digits from the hand.

Paralympic swimmer Amy Marren called out the design on Twitter, writing, "[Warner Bros.] was there much thought given as to how this representation of limb differences would effect the limb difference community?!"

In a lengthier post on Instagram, she offered: “It’s not unusual for surgeons to try and build hands like this for children/adults with certain limb differences, and it’s upsetting to something that makes a person different being represented as something scary."

"Yes, I am fully aware that this a film and these are witches," added the English swimmer. "My fear is that children will watch this film, unaware that it massively exaggerates the Roald Dahl original and that limb difference begin to be feared."

The Paralympic Games echoed Marren's sentiments on its official Twitter account, writing, "Limb difference is not scary. Differences should be celebrated and disability has to be normalised."

In a statement in response to the backlash, a studio spokesperson says, "We the filmmakers and Warner Bros. Pictures are deeply saddened to learn that our depiction of the fictional characters in The Witches could upset people with disabilities, and regret any offense caused."

The Witches, which was set for a theatrical release prior to the pandemic theatrical shutdown, debuted on Warner Bros.' sister streaming service HBO Max on Oct. 22.

"In adapting the original story, we worked with designers and artists to come up with a new interpretation of the cat-like claws that are described in the book," the statement continued. "It was never the intention for viewers to feel that the fantastical, non-human creatures were meant to represent them. This film is about the power of kindness and friendship. It is our hope that families and children can enjoy the film and embrace this empowering, love-filled theme."

Americans with physical or mental disabilities include one-quarter of the population, a 2018 report from the Centers for Disease Control and Prevention found, and represent a $1 billion market segment, according to the U.S. Census Bureau. But USC's Annenberg Inclusion Initiative found that only 1.6 percent of all speaking characters in the top 100 grossing films of 2018 had a disability.

As the entertainment industry continues to reckon with its diversity representation, both on- and offscreen, a light has been shone on how disability is portrayed in Hollywood projects. Last month, the Ford and Andrew W. Mellon foundations announced Disability Futures Fellows, which awards $50,000 grant to disabled creatives in the hopes of addressing the financial and professional challenges often confronted by disabled creatives.