R U READY 4 THE DEVILISHLY DIVINE?

CFF member, TL Miller, is a familiar name on the local arts scene. He hosts a weekly dance party @ Badlands called Trapacana 916 and has created at least one film for the Sacramento Film Festival.

On September 16th he unveils his new creation, at Sacramento's Colonial Theater, The Devilishly Divine Revue: Resist (DDR). TL started on the show in 2015 after working closely with different cirque and burlesque troupes. DDR boasts of being the only “queer, pagan, horror based troupe” on the west coast. Premiering alongside the live show, is a short film by TL and Saul Arigaza, "The RIP", which promises to be full of "scandal", and "comic book action". 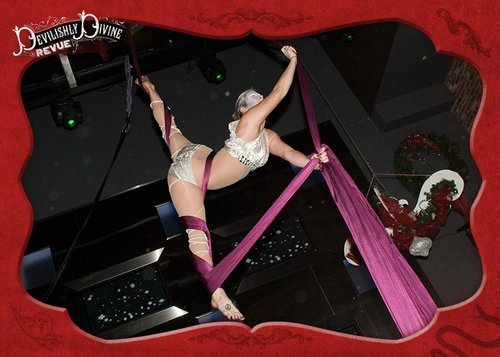 California Film News hooked up with TL Miller for a short interview on his upcoming show:

What makes The Devilishly Divine Revue different from your other events?

DDR is a pretty unique animal. We originally branded as a burlesque variety show but evolved into more of a cirque / cabaret with strong vaudevillian overtones. Being birthed within the Badlands environment, we set out to be inclusive from the beginning. We are a troupe of humans, all types. Encoded into our shows is the message of inclusiveness, acceptance, while rejecting and banishing bigotry, hatefulness and oppression. 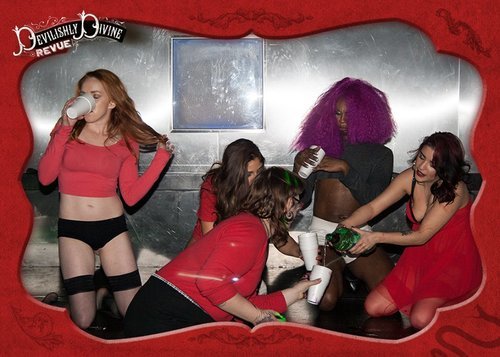 I grew up in theater, performing and come from a diverse family. Couple that with being a dance party purveyor and an exposure to cirque and sideshow and you get the genesis of DDR

What inspires your burlesque shows?

We take inspiration from many sources, a huge source being the occult. That hidden light and mystery behind all things. Our shows have reflected elements and tenets of Vodou and other animistic theologies, the spiritual tradition of the Norse as well as others with more to come. 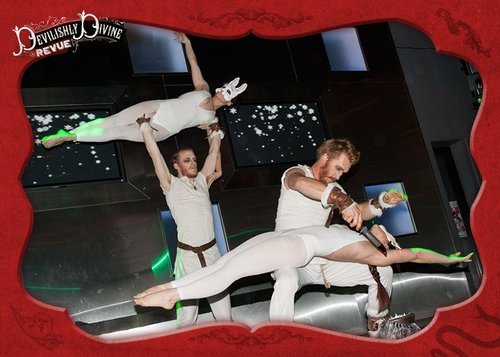 What made you want to seek out LGBT+ people for burlesque?

We joke that we are the only queer, pagan, horror focused troupe in well... maybe the world? Odd even amongst the odd I suppose. Not too far off as mysticism and the theater and the circus are closely intertwined. We pay homage to this rich tradition.

What is the upcoming “Resist” show about?

DDR is hosted by myself as the character Reverend Bishop and co hosted by his employee / arch nemesis Shameus O'Tool the candy man. In this, our 6th show, Shameus takes the reins and MUST BE STOPPED. Expect wondrous performances from artists like Lydia Wilts, Jenna Silkington, Saint Sara Sin, Saint Jessica Grabbit, Lez-He West, Pinkie Rose, Coco aka Nefertitti, Rhiannon the red, Maia Valentine and other surprises as well. Why did you fundraise for WEAVE? (Women Escaping A Violent Environment)

Our upcoming show will be somewhat different. For the first time we are using that powerful performance tool of satire to communicate our feelings about the state of this country. Resist at the Historic Colonial Theater is about the villain winning the battle, but about allies banding together to RESIST him. This is what made working with WEAVE on this show so seamless. This show in particular showcases the triumph of the feminine in the face of severe oppression.

You can purchase tickets for Resist, which premieres September 16th, at the Historical Colonial Theatre, at www.resist.brownpapertickets.com