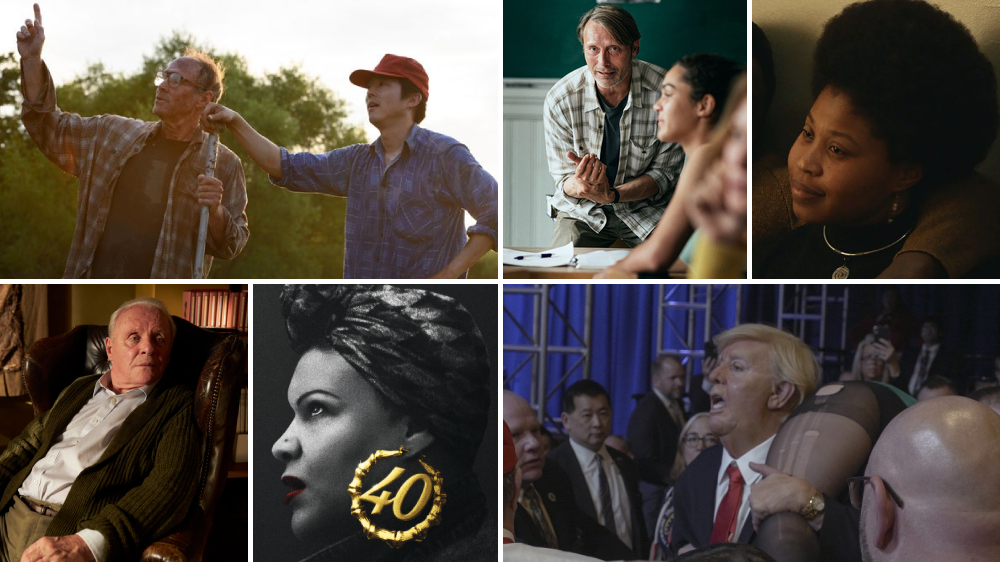 The Academy has begun its voting for the 93rd Oscars, and many films and performances are vying for spots in various categories. Nearly 10,000 members could cast their ballots by Wednesday, March 10, with nominations set to be announced on March 15.

This has been an unpredictable awards season, with few consensuses forming in the 23 categories. We may be in store for this most surprising and jaw-dropping set of nominations in quite years, with genres and languages breaking the fabric of conventional awards picks. Here are a few recommendations for consideration as ballots are filled out this weekend.

Baron Cohen made history at the Golden Globes for repeating his best actor and best movie – musical or comedy wins for the original 2006 “Borat” with dual wins in the same category for its sequel. The original “Borat” also scored an Oscar nomination for its screenplay. And with the exception of “The Hangover,” every best picture winner at the Globes has gone on to be nominated since the list expanded to 10. However, some people say that “Borat Subsequent Moviefilm” is not “an awards movie” – as though there is some dictionary definition of what does and doesn’t qualify a film for consideration. I think we can dispose of previous perceptions of “awards movies” since a sci-fi flick about a romance between a mute woman and a fish-man creature took the top prize a couple of years ago.

“Borat Subsequent Moviefilm” is an astounding feat of filmmaking, a movie that utilizes real people and usually gives its cast only one shot at a good take. It’s a master class in acting, with Baron Cohen and Maria Bakalova veering from outrageous acts of comedy to sweet, tender moments in their burgeoning father-daughter relationship. It’s a feminist anthem, with Bakalova’s Tutar taking the most impressive journey of the year from a sheltered girl literally living amongst animals to her country’s first female reporter. And it does it all with laughter and heart.

And if you think movies need to be “important” (again, that definition is up for grabs), consider the stakes at play: Baron Cohen returned to this character because he saw the state America was in and where we were heading, and he filmed during a pandemic to get this movie out in time for the election. “Borat Subsequent Moviefilm” is outstanding entertainment, a call to action and a tale of empowerment that never feels preachy, largely because it uses comedy to highlight the difficult issues at hand. If that’s not an awards movie, I’m not sure what is. —Jenelle Riley

Navigating your own source material can be tricky, but stepping into the role of helming your first project with the talents of two former Oscar-winners, Anthony Hopkins and Olivia Colman, can give the most confident artist the nervous nellies. Debut filmmaker Florian Zeller’s bold vision of a man navigating memory loss blends the human conditions of fear, anxiety or heartbreak, even at times feeling like a horror film. Making a house a character can be very “try hard” to those who attempt it. Still, Zeller brilliantly utilizes his cinematographer (Ben Smithard) and production and set designer (Peter Francis and Cathy Featherstone) to bring the viewer on an enigmatic journey, where the time, place and people disconcert us. It keeps the four walls of the screen tight but never claustrophobic. —Clayton Davis 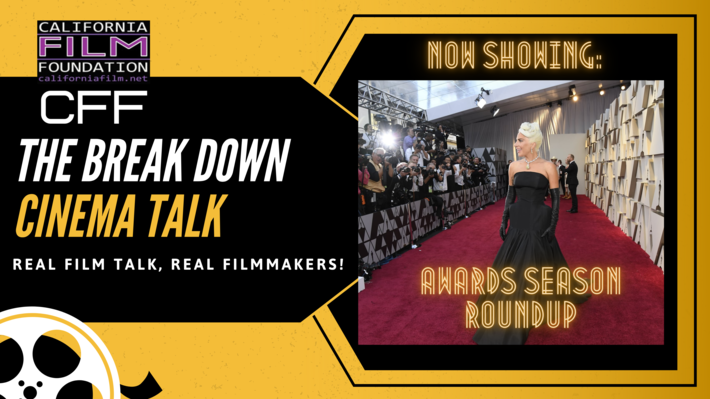 Best Actor: Mads Mikkelsen, “Another Round”

It’s not just about that final dance number – though that alone should guarantee the Danish actor a slot here. Mikkelsen, an extraordinary talent, manages to convince the audience he’s an ordinary man stuck in a rut. So he makes a pact with his three friends to keep their blood alcohol content above 0.05 during the day – essentially, they are day drunk. It’s the kind of setup that could go very wrong or veer into raucous comedy, but Mikkelsen and filmmaker Thomas Vinterberg (who previously collaborated on “The Hunt”) strike just the right tone, and the comedy-drama is allowed to soar.–JR

The “Year of the Woman” has been celebrated by critics and on social media, and while we remain hopeful for multiple showings on Oscar nomination morning, here’s a gentle reminder that Radha Blank arrived in this cinematic year like Monica Rambeau (Teyonah Parris) landing in her superhero stance after her crucial confrontation with Wanda Maximoff (Elizabeth Olsen) in episode seven of “WandaVision.” The writer, director, producer and star of “The Forty-Year-Old Version” hits on all cylinders, asserting herself as one of the most exciting, creative, artists this year. What’s been overlooked is how striking her performance is as a New York City playwright approaching her 40th birthday, desperate to have her big breakthrough, who finds inspiration in the blended world of hip hop and theater. While undeniably hilarious, Blank has magnificent moments of emotion, such as moments where she grieves her late mother or in raw discussions with her best friend Archie (played magnificently by Peter Kim). The best actress race would be elevated substantially by her inclusion. —CD

The veteran Will Patton has been a staple of cinema and the theater community for decades. While Lee Isaac Chung’s deeply personal “Minari” looks to be on its way to a historic nomination day, Patton’s marvelous turn as Paul, a religious Arkansas local who is enlisted to help the Yi family, is understated and affecting. While his co-star Alan S. Kim has generated the supporting actor buzz for the film, one of the film’s key takeaways is the face of torment and pain that befalls the viewer as the Yi family passes Paul carrying a cross in the middle of the road. It’s a scene that remains engraved and one that should warrant a vote from his acting colleagues. —CD

“Judas” arrived a little later than some films to the Oscar race, though it hasn’t hurt Golden Globe winner and SAG nominee Daniel Kaluuya. Still, the film is perfectly poised to be at peak momentum as voting is underway, which bodes well for Fishback, who plays Deborah Johnson (later Akua Njeri), the pregnant girlfriend of Black Panther Chairman Fred Hampton. Fishback has long been a standout in projects like “Show Me a Hero” and “The Hate U Give,” and here she elevates what could have been a standard love interest into a complex, strong woman who is more than a match for Hampton. The most horrifying moment in the film plays out on her face, and it will haunt you long after the final credits.–JR

Best Original Screenplay: Alice Wu, “The Half of It”

There was an embarrassment of riches when it came to original screenplays this year, particularly those written by women (see also: “Miss Juneteenth,” “Never Rarely Sometimes Always,” “Palmer” and “Promising Young Woman”) but one that might not spring to the forefront of voters’ minds is “The Half of It,” Alice Wu’s high school-set, queer take on “Cyrano Bergerac.” It came out early in May 2020, and while it was a hit with critics and viewers, films starring teen characters aren’t always viewed as awards-worthy. That would be a huge disservice to the film, which manages to be smart, funny and often painfully insightful about love, sexuality and life in small-town America.–JR

Jodie Foster was one of the Golden Globes’ shockers when she won best supporting actress for her work in Kevin Macdonald’s “The Mauritanian.” With that win possibly bringing it to voters’ attention this weekend, the writer’s branch will see the value in the depth and construction of the film’s narrative beats by co-writers M.B. Traven, Rory Haines and Sohrab Noshirvani. The United States government’s role in the injustice that wreaked havoc on Mohamedou Ould Salahi’s life (played exceptionally by Tahar Rahim) is examined with no political bias, only seeing the sins of his accusers brought to the forefront by its recount. Based on the novel “Guantanamo Diary” by Salahi himself, you find the hope of a better world in its tender moments shared between Foster and Rahim, and again in the motivations and dialogue with co-stars Benedict Cumberbatch and Shailene Woodley. The film demands better from humanity. —CD

Article by: Clayton Davis and Jenelle RIley for Variety