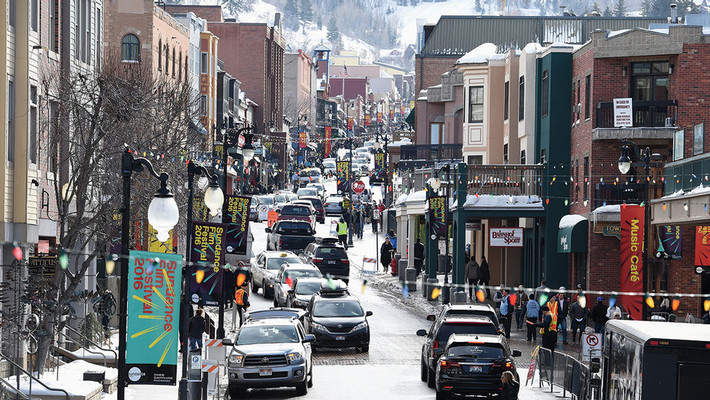 "The festival this year is an experiment," newly installed director Tabitha Jackson tells The Hollywood Reporter about the seven-day, 70-feature event to run in Park City and beyond.

Shortened to seven days, compared to the usual 10 days, the Sundance Institute's upcoming Jan. 28 to Feb. 3 event will have film lovers mostly scrolling to view around 70 feature-length movies and additional short films on a bespoke digital platform, rather than moving on the ground among theaters in Park City to take in premieres, events and talks, as in the past.

As the venerable indie film festival goes virtual, expect in-person screenings in Utah and in another 24 U.S. states to take place only if allowed by local health authorities. "The festival this year is an experiment to see how we can most effectively create energy in the service of giving these films a spotlight and a moment," Jackson tells The Hollywood Reporter after months of scenario planning that preceded Wednesday's announcement.

She added that Sundance organizers designed a bespoke digital platform to guarantee the festival could showcase new films and new voices this winter amid a COVID-19 crisis not likely to be brought under control by opening day in late January.

"What we didn't know was to what extent people would be able to gather safely in person. And we still don't. The [infection] rates are rising," Jackson said.

With a hybrid format much like that of Toronto, London and New York — go online, and into physical theaters and drive-in venues where possible, with capacity restrictions — the big idea for Sundance is countrywide screening partnerships with indie cinemas and cultural organizations well beyond Utah to ensure, where allowed, the buzz and collective spirit of a traditional Sundance premiere.

"We wanted to work with independent art houses around the country, to see how they could help us create the festival this year around collaboration," Jackson argued. To build buzz and energy around film premieres, Sundance will debut titles online in dedicated time slots, followed by a live Q&A with artists.

Jackson said the staggered film premieres aim to channel the energy of an audience viewing titles at roughly the same time, and build a conversation on social media before, during and after a film's play.

"You can get a sense of how people are feeling about a film, and we have this partnership of independent art houses where, if it's safe, small audiences can gather and express themselves in a collective act of viewing," she explained.

Viewers can also begin viewing films within three hours of their premiere’s start time. And Sundance titles will have a second screening within two days of a premiere.  The festival will also encourage as part of its industry partnerships drive-in movie theater screenings, including in California at Mission Tiki Drive-In in Montclair, the Rose Bowl Drive-In in Pasadena and the Fort Mason Drive-In in San Francisco.

An international component for film screenings also is understood to be in the works, with details to be unveiled at a later date. The festival's complete film lineup will be available online in the U.S., and industry delegates are encouraged to purchase an all-access pass to view all movies on offer.

Whether films in Sundance's lineup screen internationally will depend on whether a secure digital platform is available beyond the U.S. festival's own dedicated web platform, and whether a film's owner allows global play.

And Sundance's lineup of talks and events, as well as the New Frontier section for XR and emerging media, will be available globally. Sundance is telling the media and industry delegates, including film buyers and sellers unable to travel, to prepare to interact with the festival online.

The film titles have yet to be announced, with Sundance expected to unveil its lineup later this month. The festival also hasn’t released information on non-industry ticket and pass pricing beyond both for Sundance's full run; a single day or a single screening will be available to the general public beginning Jan. 7.