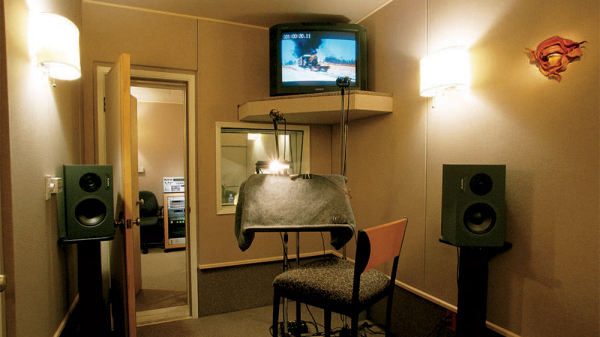 Mark Lanza, president of the Motion Picture Sound Editors, has been working from home since the coronavirus shut everything down. That’s the new norm for Lanza and many other sound editors as they learn to adapt to the pandemic.

As president of the organization, which presents the Golden Reel Awards each year, Lanza’s concerns include the delays the crisis has caused to the industry’s workflow. Even if production does resume, it will be a while before material gets to post-production and to sound editors. “We were one of the last people to wrap up when they stopped filming,” Lanza says. “And now, we’re going to be one of the last people to start up again.”

Lanza’s next gig, on a project he declines to reveal, isn’t due to start until December. “A lot of good people are out of work,” he says.

The MPSE chief says that one of the organization’s key functions has been changed drastically. “Networking is everything in this industry,” he says. “That’s how you get new jobs — you interact.” But that isn’t happening while staff isn’t going to the studio, where they could bump into actors, directors, producers and other sound editors over lunch or on the lot.

Instead, the MPSE has been holding virtual social hours where members can discuss the latest tech and experience some human contact. “You find new ways,” Lanza says. A recent Sound Advice event hosted by the MPSE included an example of a remote ADR session with Todd-AO, as well as discussion of a new app called Actors Mobile ADR, in which studios send an iPad to a voice actor, who records his or her dialogue. Data is encrypted for security purposes, and the voice clips are then sent to the sound editor for syncing.

Another workaround has emerged in spotting sessions, in which the director or executive producer and picture editor run through a movie or TV show scene by scene to find areas where dialogue needs to be replaced or enhanced through ADR. Such sessions, which were normally held in studios, are being conducted remotely, with edit markers dropped where needed and imported via VPN to off-site workstations.

Lanza says that members are also finding inventive ways to take their craft on the road, complete with safety protocols. “I have a friend who has an ADR trailer set up” as a mobile workspace — two studios with a divider built in that can be driven to a performer’s home, he says. “The actor goes in one door to record their vocals, the engineer goes in the other door, and they never cross paths.”

Lanza, who lives in Tarzana, has also been venturing out around his neighborhood and has noticed a distinct change in the sonic environment in terms of air and car traffic and nature. “It’s a great time to go out and get some new background sounds,” he says.

Lanza won a Golden Reel Award himself last year for an episode of Amazon Prime sci-fi series “Electric Dreams.” He predicts the annual event will be held remotely this year, but acknowledges it won’t be the same without a degree of live human element. “Before the show, people would come into the lobby and network,” he says. “Or they’d come by after the awards and schmooze in the lobby. We’re trying to figure out how to incorporate that.”