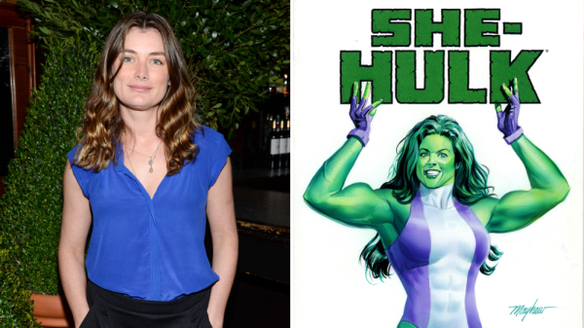 Veteran director Kat Coiro is in talks to join Marvel Studios’ upcoming Disney Plus series “She-Hulk” as lead director and executive producer, Variety has confirmed. She will direct the pilot and other episodes of the series, joining showrunner Jessica Gao (“Rick and Morty”).

Marvel Studios chief Kevin Feige first announced “She-Hulk” last year during the D23 fan expo in Anaheim, Calif., part of a robust suite of series the studio is producing for Disney’s streaming service. “Falcon and the Winter Soldier,” “WandaVision,” “Loki,” and the animated series “What If…?” are already in various stages of production — the former three delayed due to the COVID-19 pandemic. Along with “She-Hulk,” Marvel Studios is also developing “Hawkeye,” “Ms. Marvel,” and “Moon Knight” for Disney Plus.

“She-Hulk” has long been a favorite of Marvel Comics fans since she first appeared in 1980. The story revolves around Jennifer Walters, cousin of Bruce Banner who inherits his Hulk-ing powers after she receives a blood transfusion from him. Unlike Bruce, however, when she hulks out, Jennifer remains largely the same person — just bigger, stronger, and much greener.

After launching her directing career with the 2011 comedy “Life Happens” starring Krysten Ritter, Coiro cut her teeth directing TV comedies like “The Mick,” “It’s Always Sunny in Philadelphia,” “Single Parents,” and “Dead to Me.” Her latest project — the Universal Pictures romantic comedy “Marry Me,” starring Jennifer Lopez, Owen Wilson, Sarah Silverman, and Maluma — is due to open in February 2021.

Given Coiro and Gao’s combined comedy chops, and the fact that by day Jennifer works as a lawyer, it seems that “She-Hulk” could provide Marvel Studios with a perfect vehicle for a smashing legal dramedy.

Article by: Adam B. Vary for Variety.