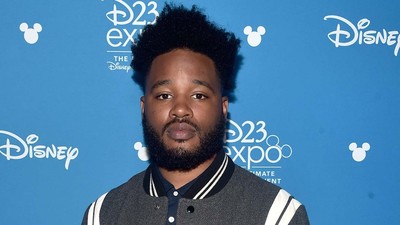 Proximity Media— the banner that is run by Black Panther director Ryan Coogler among others— has expanded its footprint behind features and television, into non-fiction content, podcasting, and music.

The Cooglers and Ohanian will oversee all of Proximity’s operations. Göransson will serve as principal music executive, Davis overseeing marketing, soundtrack, and podcast production, and Nicks spearheading the company's non-fiction division.

In podcasting, Proximity partnered with Radiotopia founder Roman Mars to produce podcasts that are ancillary to their films' subject matter. The first of these efforts is Judas and the Black Messiah Podcast, a six-part series produced by Christopher Johnson and hosted by Elvis Mitchell and Chairman Fred Hampton Jr.

In television, the company has signed a five-year overall deal with The Walt Disney Company. Their first announced project under the pact is a Black Panther Spin-Off series for Marvel Studios and Disney+.

Proximity's first feature film is Judas, which was nominated for six Oscars, including best picture. Upcoming projects include the LeBron James fronted Space Jam sequel and the third Creed film, set to be directed by star Michael B. Jordan.

Article by: Mia Galuppo for THR