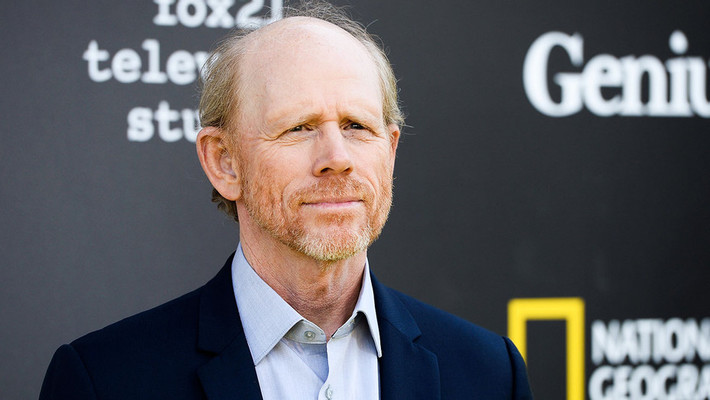 The director of the Netflix film starring Amy Adams and Glenn Close appeared on 'CBS This Morning' with J.D. Vance, the author of the memoir on which the movie is based.

Despite its all-star pedigree, Ron Howard's Hillbilly Elegy, starring Amy Adams and Glenn Close, has been criticized online since it debuted on Netflix last week.

The movie, which had a limited theatrical release before hitting the streaming service, has a 27 percent freshness rating on Rotten Tomatoes, with The Chicago Sun-Times' Richard Roeper one of the few top critics who gave it a good review, writing in part that it is "a beautifully constructed, unforgiving, heart-tugging family epic."

Vox’s Alissa Wilkinson, meanwhile, writes that the film is “distractingly Hollywoodified, a rich person’s idea of what it is like to be a poor person, a tone-deaf attempt to assuage a very particular kind of liberal guilt."

And The Washington Post's Michael O'Sullivan criticizes it for taking an apolitical approach.

"[The film] eschews theories — more prominent in the book — that might help explain the opioid epidemic and the seemingly unbreakable cycle of poverty that defies simplistic solutions (yet might cause people to seek deliverance from a political outsider)," he writes. "The problem is that in doing so, the movie leaves us, like [the main character's] family, with only a mounting pile of baloney excuses for bad behavior."

And Rolling Stone's David Fear writes, "The politically conservative, anti-welfare streak in the author's writing feels surgically removed; only the turbulence remains, smothered in the syrup … of seasonal treacle. No one would accuse this adaptation of owning the libs or pandering to a base. It's merely poverty-class cosplay, a pantomime of what people derisively call "white trash" triumph and tragedy being sold as prestige drama. It's an attempt to serve Spam on a sterling silver platter."

Appearing on CBS This Morning on Tuesday, Howard suggested that those who were critical of his film might be taking aim at political issues, "I do feel like they're looking at political thematics that they may or may not disagree with that, honestly, are not really reflected or are not front and center in this story."

He added, "What I saw was a family drama that could be very relatable. Yes, culturally specific, and if you're fascinated by that, I hope you find it interesting. If you're from the region, I hope you find it authentic because certainly that was our aim and that was our effort. But I felt that it was a bridge to understanding that we're more alike than we are different."

Vance, who appeared with Howard via video on the CBS morning show and has an executive producer credit on the film, said that the story "still resonates" today, just as it did four years ago.

"I think certainly the response to the movie and so many emails and messages that I've gotten since the movie's come out suggests it still resonates," he said. "I think a lot of people attach specific political significance, but these problems of family struggle, of addiction and resilience, I really do think are timeless because we still have an addiction problem in this country just like we did in 2016, so I think for a lot of the audience, it does still resonate."

Article by Hilary Lewis for the Hollywood Reporter.