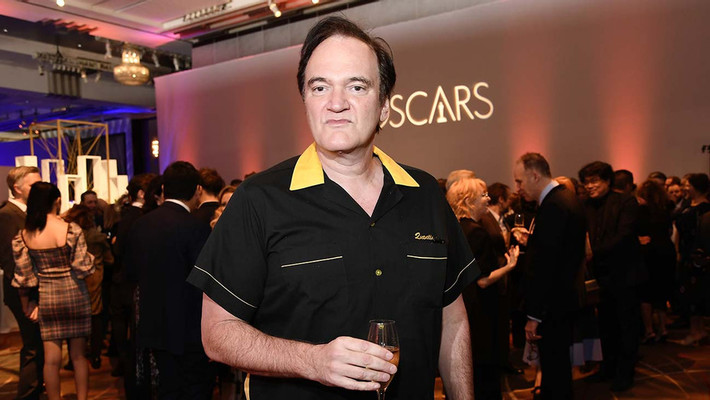 The Oscar winning director will launch his first novel, 'Once Upon a Time in Hollywood,' in summer 2021, in addition to personal writings on 1970s-era film.

Hollywood director Quentin Tarantino has signed a two-book deal with Harper, to include his first novel and personal writings on 1970s-era film.

Harper, a division of HarperCollins Publishers, will release Tarantino’s first work of fiction, Once Upon a Time in Hollywood, in summer 2021. The novel is based on Tarantino's Oscar-winning film of the same name, which starred Leonardo DiCaprio, Brad Pitt and Margot Robbie and was up for 10 Academy Awards.

The novel promises to chart the lives of Tarantino’s main film protagonists, TV actor Rick Dalton and his stunt double Cliff Booth, forward and backward in time. Once Upon a Time follows Dalton (DiCaprio) and his stuntman Booth (Pitt) nearing the end of their careers and struggling to find meaningful work in a fast-changing 1969 Hollywood.

Tarantino’s second book with Harper will be nonfiction, Cinema Speculation, a mix of essays, reviews and personal writing, as the director looks back on 1970s film.

“In the seventies movie novelizations were the first adult books I grew up reading. And to this day I have a tremendous amount of affection for the genre. So as a movie-novelization aficionado, I’m proud to announce Once Upon a time in Hollywood as my contribution to this often marginalized, yet beloved sub-genre in literature," Tarantino said of his novel treatment of the earlier movie in a statement.