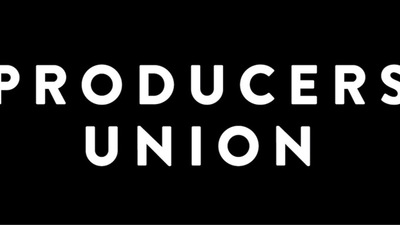 A group of 108 film producers announced Thursday that they are seeking to form a union, as they aim to address low pay and skimpy health care benefits.

Calling itself the Producers Union, the group wants to negotiate a minimum basic agreement that will provide health benefits and set a floor for producer fees.

“We’re one of the very few people on a set that don’t have a union,” said Rebecca, producer of “It Follows” and the lead organizer of the group. “We’re seen as the ones making all the money. But the majority of producers are really struggling to pay their bills.”

Producers are considered supervisors or employers under the law, which creates enormous hurdles to any effort to organize. The Producers Guild of America— which represents 8,000 members — fought over a span of decades to represent producers in labor negotiations with the studios. But those efforts were thwarted by the courts and the National Labor Relations Board, which held that producers are not covered by federal labor law. The PGA operates instead as a non-profit trade association, with no authority to bargain on behalf of its members.

But the Writers Guild of America raised objections to the PGA’s authority to represent writer-producers, and a lengthy court battle ensued. The California Court of Appeal invalidated PGA agreement 1974, finding that the PGA was dominated by producers who had an ownership stake in their production companies, and who were thus employers.

In 1983, PGA petitioned to the NLRB for the right to unionize. A group of producers argued at a hearing that they were actually employees, and should be afforded rights under the National Labor Relations Act. But the NLRB administrator ruled that the producers acted as an arm of the employers, and often shared in the profits. He denied the petition, and an appeal was rejected.

The PGA joined forces with the Teamsters in 1985 in another bid for union recognition. The producers threatened to go on strike, and was able to force the studios to negotiate. In a compromise, the AMPTP agreed to provide pension and health benefits, but did not recognize the PGA as a bargaining unit. PGA members who work at least 600 hours in a six-month period on union projects on the West Coast are eligible to participate in the Motion Picture Industry health plan.

A spokesperson for the Producers Union noted that the offering is extremely limited. Only three of the 474 respondents in the Dear Producer survey reported that they got their health care through the MPI plan.

“We’re happy some can cover themselves, but this is not a true healthcare plan,” the spokesperson said.

In a statement, the PGA noted the roadblocks it had encountered in seeking union recognition. But it also noted that it remains committed to the best interest of its members, including seeking better working conditions. “Consistent with that, the Guild supports the efforts of those producers who, today, have sought to form a new union,” the PGA said.

Green also contested the notion that she is an employer. She said that her deals with financiers are all work-for-hire, and she does not have an ownership stake when a film is produced.

“We’re trying to shift the narrative and perception of who we are,” she said.

Article by: Gene Maddaus for Variety