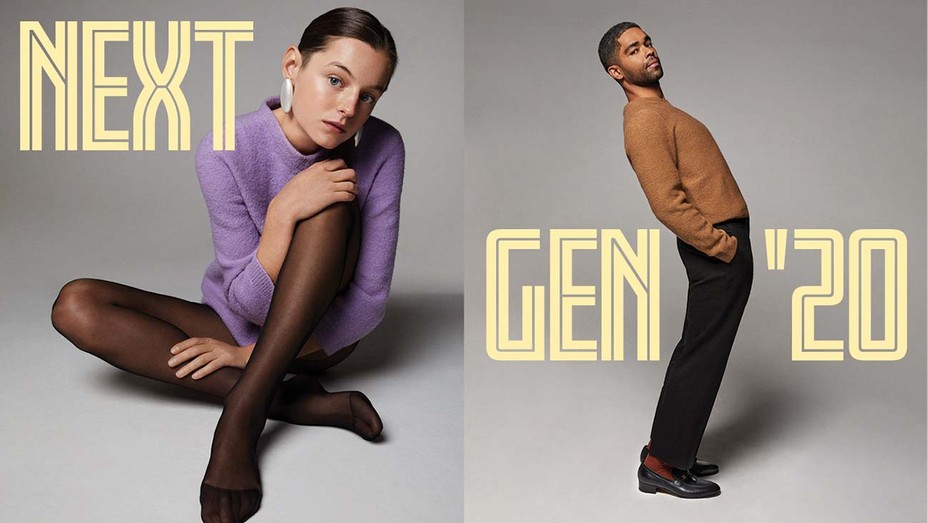 From Hulu's 'Normal People' breakouts to a new Selena, meet 20 actors on the verge of next-level stardom: "It's funny how you can work for 10 years but all you need is that one project that gets attention."

Meet the up-and-coming actors atop every Hollywood agent, casting director and studio executive's wish list. These 20 rising stars are fronting their own shows, ushering in the next generation of superheroes and playing icons like Princess Diana (Emma Corrin of Netflix’s The Crown) and President Barack Obama (Kingsley Ben-Adir of Showtime’s The Comey Rule).

Some, like Normal People’s Paul Mescal and Hollywood’s Jeremy Pope, have even caught the attention of Emmy voters, earning first-time nominations for their onscreen debuts. Others, like The Falcon and the Winter Soldier's Danny Ramirez and Matrix 4's Jessica Henwick, are suiting up for top-secret roles in major Hollywood franchises. They join a list that, in the past, has anointed such talent as Atlanta's Lakeith Stanfield, The Queen's Gambit's Anya Taylor Joy and Lovecraft Country's Jonathan Majors, now all established stars.

This year’s crop of actors — a mix of fresh faces (hello, Never Have I Ever's Maitreyi Ramakrishnan) and long-working actors who've recently broken out in a new way (see: The Righteous Gemstones' Skyler Gisondo) — are destined for big- and small-screen stardom.