Moviegoers take part in a #SaveYourCinema campaign, sending over 200,000 letters asking Congress to aid theaters with loans and other relief measures. 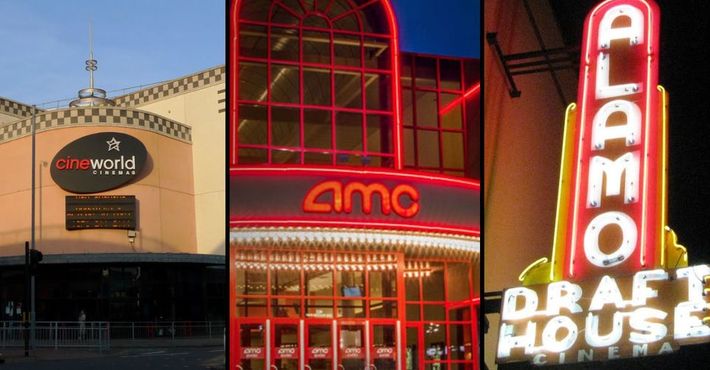 Movie fans are participating in a #SaveYourCinema campaign, resulting in over 200,000 letters sent to Congress requesting aid for theaters. The film industry is struggling right now as a result of the coronavirus. Theaters have been closed since March, with few movies having resumed production at this point. Studios have announced countless movie delays in the last few months, as well as this past week. Due to rising case numbers, movies once planned for July releases were pushed to August and then taken off the schedule all together. As a result, many theaters haven't been able to justify reopening, as moviegoers will be less likely to attend without new films.

Understandably, theater owners have grown desperate to keep their industry afloat during these challenging times. In addition to prolonged closures, chains have dealt with a pivot to VOD by some studios, at least for select films. Just last week, Orion Pictures announced Bill & Ted Face the Music, a relatively high-profile movie, will release both On Demand and in theaters September 1. AMC and Universal Pictures also had a very public argument over VOD after NBCUniversal CEO Jeff Shell revealed the company planned on releasing movies both theatrically and digitally going forward. All told, theaters are feeling the pinch right now, evidenced by the head of the National Association of Theatre Owners' recent remark that "Distributors should stick with their dates and release their movies because there’s no guarantee that more markets will be open later this year."

In an effort to ease the current financial burden on movie theaters, NATO launched a #SaveYourCinema campaign, with the association now revealing over 200,000 letters have been sent to Congress. NATO is seeking "more relief measures for cinemas of all sizes," as well as asking Congress "to enact the RESTART Act (S. 3814/H.R. 7481), which will give movie theaters access to partially forgivable seven-year loans covering six months of expenses." NATO also notes over 150,000 people work in U.S. theaters, many of whom are especially vulnerable to financial hardship. Many have found the behavior of some theater chains problematic during this time, particularly AMC, which originally announced moviegoers wouldn't be required to wear masks upon theaters reopening. However, after intense backlash, the company reversed its stance a day later. Despite mixed feelings toward some movie theaters, there's no doubt the theater industry is in a tough spot right now. It also doesn't help that movie fans have become accustomed to watching content at home in the last few months, perhaps making them less likely to head to theaters in the future.

However, with this news, it's clear many still feel passionately about the movie theater experience. The sheer number of letters suggests theatergoers are committed to helping theater chains survive the pandemic. At this point, immediate action needs to be taken, or the industry may not be around by the time it's safe for theaters to reopen their doors. It will be interesting to see if the campaign has any impact or if NATO will have to try another strategy.

Article by Rebecca Vanacker for ScreenRant.