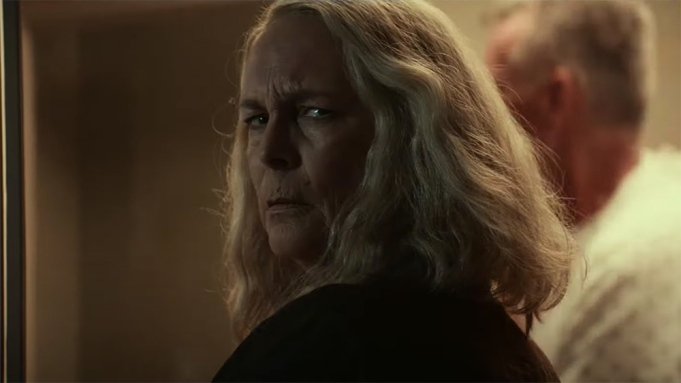 Laurie Strode, the teen-babysitter-turned-avenging-grandmother portrayed by Jamie Lee Curtis, is back with a vengeance in “Halloween Kills,” the latest sequel in the slasher franchise.

In a new clip released Thursday, Strode is seen battling Michael Myers as her family is forced to confront the psychotic and murderous masked serial killer yet again. John Carpenter’s original 1978 movie introduced audiences to Michael Myers, a lethal mental patient who wrecks havoc on the fictional town of Haddonfield, Ill., after escaping from prison on Halloween night.

“Next Halloween, when the sun sets and someone is alone, he kills,” Strode ominously says over footage of Michael picking up his infamous white mask.

“Halloween Kills” picks up following the events of 2018’s “Halloween,” which saw Laurie dealing with post-traumatic stress disorder 40 years after surviving Michael Myers’ original murder spree. “Halloween,” the 11th movie in the franchise, was a huge box office hit in 2018, earning $255 million globally and solidifying its place as the highest-grossing installment in the series. The movie also ranks as the highest-grossing slasher film, not adjusted for inflation. The franchise has collectively generated $640 million in worldwide ticket sales.