The DPs behind movies from 'Blue  Velvet' to 'The  Social  Network' are among this season's Emmy contenders: "It was always a feature film we were making." 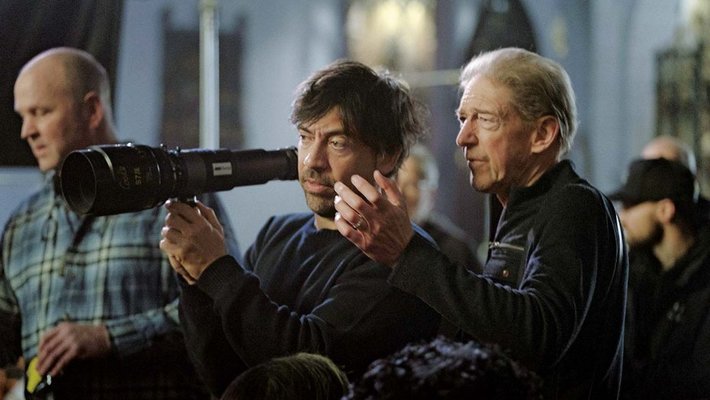 For the ambitious productions in the current golden age of television, it's not uncommon to see filmmakers crossing over between features and shortform narratives — and that certainly holds true in cinematography.

This season's Emmy contenders include Frederick Elmes, whose credits with longtime collaborator David Lynch include Blue Velvet and who earlier this year received the American Society of Cinematographers' Lifetime Achievement Award. He's also a 2017 Emmy winner for The Night Of. Among his fellow Emmy hopefuls are Jeff Cronenweth (son of Blade Runner DP Jordan Cronenweth), a longtime collaborator with David Fincher who earned Oscar nominations for the director's The Social Network and The Girl With the Dragon Tattoo; and Paul Cameron, a BAFTA winner for Michael Mann's Collateral (shared with Dion Beebe).

Elmes, who lensed the pilot of Amazon's Hunters, which follows a band of Nazi-hunters in 1970s New York, says he was hooked on the project after a conversation with pilot director and executive producer Alfonso Gomez-Rejon. "He had this notion that it could be this pulp-fiction dark comedy and we could impose this graphic-novel feel to it," Elmes says. "In his eyes, it was always a feature film we were making, not the pilot of a show, and therefore we should treat the visualization of it on as big a scale as we could."

Filmed with an ARRI Alexa LF (large format) camera, the show's look took some inspiration from period photographs by Bruce Davidson that capture the grittiness of New York City, as well as illustrators' use of color and dramatic lighting in the graphic novels of Neil Gaiman. "One of the things that was paramount for [Gomez-Rejon] was moving the camera," Elmes says. "And one of the things that I really wanted to do was use the [bold] colors that he and I talked about to sort of lift the story out of reality."

The opening scene of the pilot contains what appears to be a roughly five-minute uninterrupted take of a family barbecue that devolves into a shocking murder. The sequence was shot in parts and stitched together by the visual effects team. "It was a scene that I feared. Alfonso had always spoken about it as this giant one-shot that introduced all the characters and set up the tone and the story and the style of acting, and set up the kind of camera moves," Elmes explains, saying that he used a large crane and track for an elaborate, carefully choreographed sequence shot on location on Long Island. "It didn't make the day easier to photograph, but we did make the day work in the time allotted and do all the photography off of the one crane."

The sci-fi show Tales From the Loop, also an Amazon series, is set in a dystopian future and is based on the work of Swedish artist Simon Stalenhag. This world includes sci-fi elements such as discarded robots. "But it's not unsettling; it's part of their daily life. It's something that they are used to," explains DP Cronenweth, who with this assignment made his small-screen debut. "We really wanted to set the world but not let the world distract from [the characters'] individual stories." The series was shot in Canada around Winnipeg, using Panavision DXL2 cameras and 70mm lenses. Cronenweth confirms that the primary reference was the "compelling" source artwork itself, though "some images had bold, strong, saturated colors and hazy images, which in general we felt would be overpowering to the individual stories. So we … introduced our own version of [Stalenhag's] work. We wanted to juxtapose the science fiction with compelling human drama."

The visual language of the episode also drew inspiration from filmmakers such as Ingmar Bergman, whose "camera moves allow you to study and stay with these people." A favorite scene involved the protagonist Loretta at a young age, in the foreground of a shot while listening to an argument between her mother and uncle in the background. "You get all of the emotional insecurity and tension in her face without ever focusing on the adults in the background," Cronenweth says. "It lets you remember what it's like to be a child in an adult world when a confrontation is happening."

In season three of HBO's sci-fi series Westworld, the story moves out of the theme park and onto the streets of Los Angeles in 2058. To produce a fresh, futuristic look, the crew took advantage of new locations, relying heavily on shooting in Singapore.

The series achieves its visual style with 35mm film photography, though DP Cameron says he used Sony's Venice digital camera for select wide shots of night exteriors. Westworld's contemporary lighting is a "combination of what's in the frame — production designer Howard Cummings designed visual light sources — and my doing things like putting up a massive number of tubes, or [using light through] windows so you don't see the lights but there's this constant reminder of a graphics style. It's a classic look, but we try to make it a little snappier and modern." 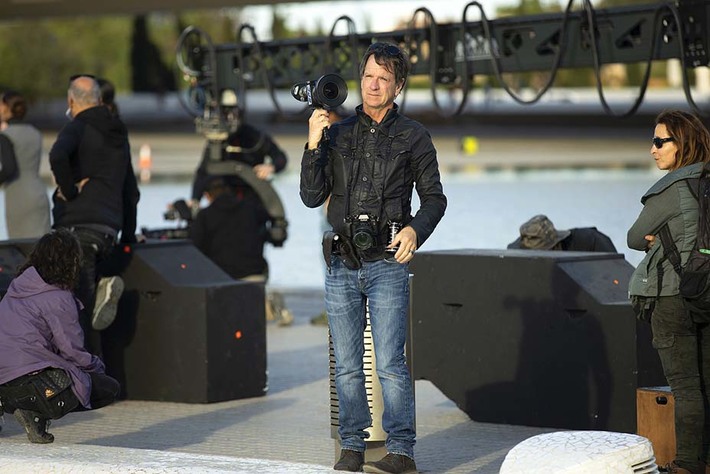 Cameron, who shot the first episode of the third season and also lensed the series' 2016 pilot episode, says the goal remains a cinematic style. "With a show like Westworld, the bar is set so high visually," he says. This season, Cameron had the chance to flex his creative muscles when he was asked to direct the fourth episode, "The Mother of Exiles." "Having the opportunity to direct Westworld was tremendous. It was a fabulous challenge and I was very thankful to have it," he says.

"The opportunities in TV and streaming are boundless," he adds. "We're seeing types of shows that we've never seen before. We have content services that function like movie studios."

Article written by: Carolyn Giardina from: The Hollywood Reporter