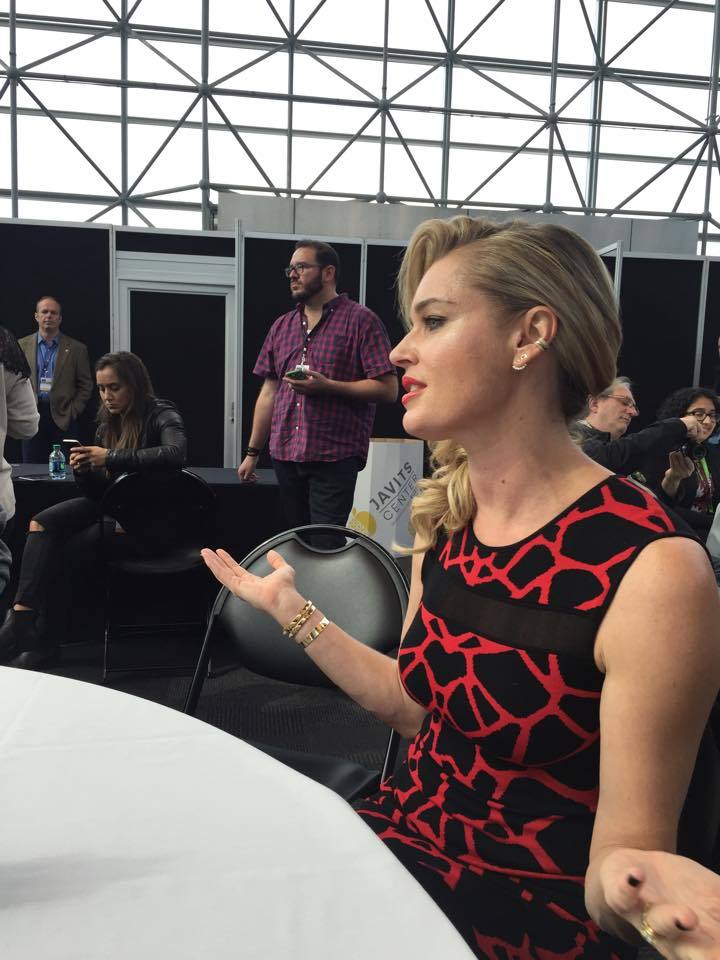 At New York Comic Con, I spoke to Rebecca Romijn about her role on the hit TV show The Librarians (which will soon begin its second season) and how strong female characters are changing the landscape of Television. Eve Baird (Rebecca Romijn), is chosen by this magical Library to be its new Guardian. “Baird was the leader of a counter terrorism squad for NATO. She’s a tough-as-nails soldier and a master tactician,” says Romijn. “She puts her military background to use as the magical library’s new guardian.” I’ve seen the show. Baird does have a lot on her plate, which includes protecting the library and the other librarians. Despite that she manages to keep her wits about her.

I then asked Romijn how she felt about how Women in the action genre are embraced at a higher level on television, than on film, and she had some insightful things to say: "It is such a great time to be in television and to be a woman in television. As a mother of daughters, it’s important. I spend a lot of time away from them working on projects, so part of the criteria for how I choose roles now, is being a part of projects they will be able to watch with me. They love The Librarians, and I am so lucky to be able to play this strong character. I like roles that equate to good on-screen role models for them."

She brings up a great point. Now more than ever, there are different types of female characters, strong female characters that everyone can identify with, especially young girls. I think it’s about time this shift took place. Hopefully, Hollywood studios will soon follow suit and realize how important, and profitable, it is to put women at the forefront.

Speaking of Hollywood, I had to ask Romijn about her role as Mystique, and whether or not we will see her reprise her role in a future X-Men film. She had this to say: "Mystique is a great, fun, strong character as well. I did the three films, and now Jennifer Lawrence is at it doing a great job. After this last film I’m not sure what they have in store. I haven’t received a phone call about it so I don’t know. But I would certainly do it again if asked." The Librarians will start its second season in December. The show will pick up right where they left off, so expect mystery, action, and adventure!