The Future is Now?? Wow! That was quick!! 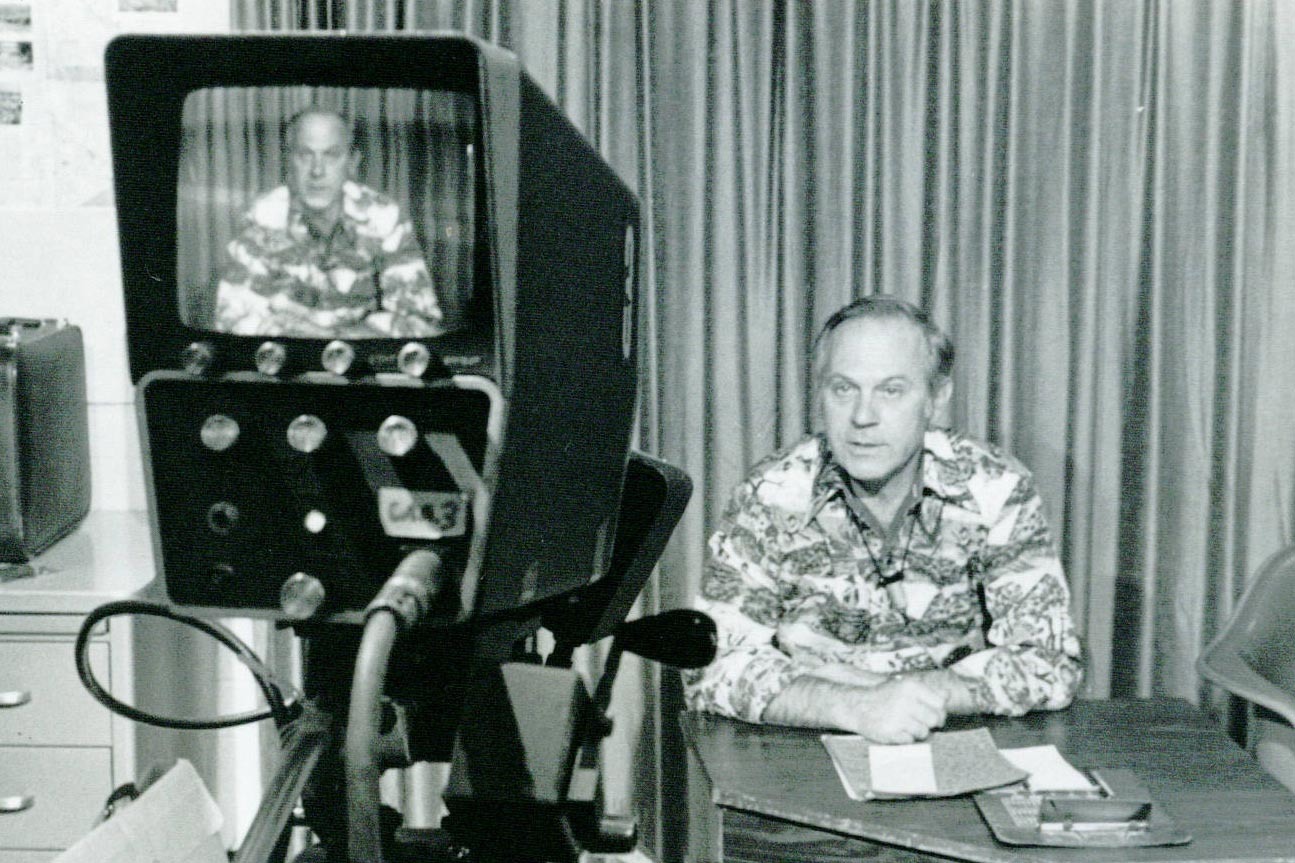 Among my many hats is the running of a small community TV station in Pacifica that shows classic and foreign films as well as important community news and events.

On November 20th and 21st 2010 we held our annual TELETHON/AUCTION to benefit the station (Pacifica Community TV). Thanks to the economic downturn we decided to theme the event as pacifica's "Economic Stimulus" telethon. We think it was a pretty clever marketing campaign, to use the poor economy as THE REASON why folks should support: Check out the video promo here.

The concept of the Telethon is simple. Viewers to call in to bid on auction items donated from local businesses. This provides valuable advertising for the business and raises $ for the station..a real win, win scenario. Of course, we spice the show up with interviews from local charities, musical performances and pretty much anything we can to enhance the show's entertainment value. It ends up being a great way to toot the horns of local interests while tying those interests to those of the station.

In the past our fundraising strategy was simply to have folks who tune in from the local cable channel call in to bid. The live event has always been very well watched on the TV. In the past couple years we've added a new twist; the internet. We now broadcast live to Justin.TV and to U-stream and promote that fact heavily. I'm quite impressed with the results...Our biggest donor this year was watching via internet from Vacaville, (a hundred miles away from Pacifica and in no way able to get our signal via cable)! This is a perfect example of just how the internet has expanded our audience and our bottom line.

One of my geeky high points of the broadcast is when we had a live demo of the show on my friend's EVO phone. The Evo of course is an Android phone carried by Sprint which has native support for flash video. This means that the phone can display live webstreams and even show them as an inbed, within our Internet home page. When hosts Dennis Willis and Steve Kirk held up the phone to the camera as a demo to encourage more internet viewers, it was quite surreal to see the picture in picture effect. As we saw 'big" Denis and Steve on the monitor, we could also see "little" Dennis and steve on the phone they held. All night we kept pushing the fact that people could take the Telethon with them in their pocket. So, for example, if someone went to dinner but wanted to keep abreast of the Tekethon, they needed only to take their phone with them!

I had no imperical evidence on exactly how many folks may have de-teathered via a smartphone or an I-pod but We did have quite a few folks on the Facebook chat as well as on the various webstream chat rooms we had goin! I was quite impressed by this.

In all, the Telethon was a big success and I dare say that much of it had to do with our online viewers. There may be some very valuable lessons we'll learn as we move forward but I can tell you we had a blast and the age of the internet telethon is most definitely here!

Did you get the chance to watch? I would love to hear your feedback! Also, I'm looking for a new way to update bids quicker. Currently folks must call in and give us a bid. The information is put on a card and then relayed to a power-point operator who updates the visual graphics for the viewing audience. This process is a bit cumbersome and not as fast as I'd like it to be, particularly when we have a bidding war erupt (which does hapen). Ideally I'd like to streamline this process so items are updated just once and then poulated automatically to the places we need them to go. any ideas?