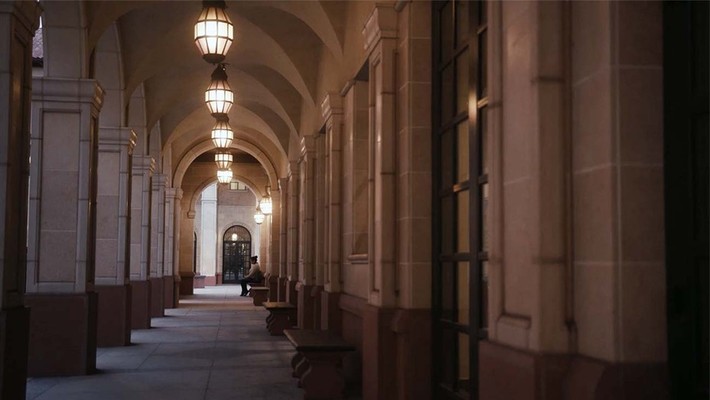 'Breach of Trust,' a short film that screened at AFI Fest this year, explored allegations of an institutional cover-up over sexual misconduct claims made against former school gynecologist George Tyndall.

“This film is about an institution’s negligence,” says Sufian Abulohom, a graduate student in his final semester at the University of Southern California’s (USC) School of Cinematic Arts (SCA). In 2019, Abulohom produced a 24-minute short film at USC, Breach of Trust, for the graduate documentary thesis class. Rooted by the voices of survivors, the film centers on sexual misconduct allegations against former full-time school gynecologist George Tyndall and claims of a USC cover-up.

“It was an act of solidarity,” the film’s director, Mishal Mahmud says. “If USC was not going to validate what these women experienced and their role in it, it is very important to us, as students, to do that.”

On May 16, 2018, the Los Angeles Times published an investigation of sexual misconduct complaints, which dated back to the 1990s and were brought to light by a number of whistleblowers, including university nurse Cindy Gilbert, against Tyndall. The story alleges that the university was aware of the complaints and had been covering up Tyndall’s crimes for decades. The story sent shockwaves through the school, causing the faculty to put together a petition which led to the removal of then president Max Nikias.

In Feb. 2019, the school settled a $215 million class action lawsuit with the alleged victims, which offered the nearly 17,000 former patients of Tyndall's compensation of $2,500 and up. Greater compensation was offered to patients willing to provide further details about their experiences.

"We are pleased with the court's decision to order final approval of the federal class-action settlement," USC said in a Jan 2020 statement when the settlement was approved by a judge. "This settlement provides respectful and confidential relief to Tyndall patients at the student health center and formalizes a broad array of campus reforms."

Tyndall was arrested and charged with 29 felonies in June 2019, with five additional accounts added in July 2020. Tyndall pled not guilty on July 24, 2020 and is awaiting a preliminary hearing.

Breach of Trust has received overwhelming support from USC faculty and students. Despite a lack of participation from the school’s administration, the filmmakers were inspired and motivated by the opportunity to expose injustice in their community.

“I was a student at USC when the press conferences were happening on campus,” Mahmud, who graduated in May 2020, says of her original concept for the film. “I started meeting a lot of the women who were very interested in holding the university accountable and a lot of them were very open to talking to me, but not a lot of people were going to the press conferences. I was very surprised by that because the story is so outrageous, and the way USC had handled these issues was so outrageous.”

After a few of these conversations, Mahmud brought the idea to “pitch day,” where several student ideas are selected by faculty for production, mostly funded by SCA and made with school resources. “When Mishal pitched, she did an amazing job,” says Abulohom, “but I was one of the people who was like 'there is no way USC is going to let this happen, they would not pick this project.'”

To both of their surprise, the faculty decided to take the project on with enthusiastic support. “There were so many incredible professors who were so supportive,” Mahmud says. “While I was just beginning to have the idea of turning this into a film my professor was just endlessly supportive, and I felt always very shielded by that.”

“There was a lot of pressure around this specific film,” Abulohom adds. “Everybody was so invested in this one … You feel it in the room every time we screen, even the students, this is also their school, so there was that sense of pressure and it pushed us more.”

Thanks to faculty support, Mahmud and Abulohom both say retaliation from the university was not high on their list of concerns, though it’s never completely out of sight. “If you're from the outside looking in, the person who spoke out no longer works at USC, and it's not because they don't want to,” Abulohom explains. “That sends a very dangerous message about retaliation, so there is always that conversation about retaliation. Cindy Gilbert is a prime example of that.”

“If you look at the list of people, the faculty that did the town hall and started the petition to ask the president to step down were all tenured professors,” he continues. “There were so many professors who also wanted to push for change, but because they're not tenured they feared retaliation. So, I do think this is a huge problem within USC, within SCA, within our community, this idea of retaliation, and we feel that at all levels.”

Despite any potential obstacles, the filmmakers received a number of advantages by working within USC. “This film was truly made within the USC community,” Mahmud says. “Everyone who was featured in the doc were USC faculty, former USC students, even the journalist we interviewed, Matt Hamilton [who wrote the Los Angeles Times article], he was a USC alum … One thing that we pride ourselves on is that the subjects knew us really well, knew that we were all USC students and we all shared the same goal.”

The benefit of shared community came in handy especially when working with Gilbert, who had never done an on-camera interview since the scandal first broke. “She did one interview with the LA Times and refused to do any other interviews,” explains Abulohom. “So Mishal had coffee with her and then we all went to get lunch, then we did an audio interview and then a second audio interview, and then finally we did an on-camera interview. There is something to be said about building that trust.”

That trust, however, did not extend to USC’s administration, which did not end up making officials available for interviews for the film. “We wanted Wanda Austin, who was the interim president, to do an interview,” Abulohom says of Austin, who took over when Nikias stepped down in Aug. 2018. “They said they were interested; me and Mishal met one of her staff at Coffee Bean. He wanted to push us in a specific direction, gave us a list of survivors that settled with USC early … and then he asked us to send interview questions in advance. Mishal did that, which is something we never did with anyone in the film.”

The day of the interview Abulohom received a call from Austin’s staff with concerns about questions around Gilbert. Abulohom says the administration asked to make changes to the interview questions and the filmmakers did not want to agree to changes, so the interview never took place. (The USC administration, under current president Carol Folt, declined to comment on the film as it was completed while Austin was in office.)

“The team was in agreement that it would be irresponsible of us to collude with USC further in controlling their image,” Mahmud says.

The film debuted at Hollyshorts in Aug. 2019 and ended its festival run in Sept. 2020 at the American Film Institute festival with a virtual screening and Q&A. Breach of Trust was also shortlisted for the BAFTA student awards.

“Professors to this day are sending the doc to the board of trustees, to anyone they have a contact with,” Mahmud adds. “But in terms of what they think, we are completely in the dark, we don't even know if any of them have seen it or responded to it.”

“There is a kind of separation between the USC community and the upper administration,” she continues. “The community is so wonderful; they are the people who helped take the administration to task and held USC accountable. There is such a gap and, if anything, this film illustrates that.”

The filmmakers have seen the effects of a community driven film, the way it brings people together and continues to provide a platform for underserved voices, and they encourage others to do the same. When asked about her advice to filmmakers looking to expose a concern in their community, Mahmud says “just to do it, I don't think it's something anyone would ever regret,” with Abulohom adding: “if you don't hold your community accountable, no one will.”

Article by: Emily Hilton for the Hollywood Reporter.